"I wouldn’t consider myself a film buff, really,” says the Irish star of Game of Thrones as he talks about his hand-picked selection of classic 1970s flicks screening in Cork 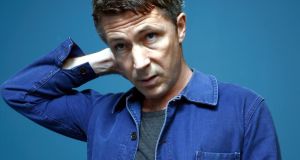 It is often said that Aidan Gillen is among the shyest of actors; that he’s the Artist Least Likely to Talk Guff; that between transatlantic jobs, he lives far away from the blandishments of the movieverse, in the west of Ireland to be slightly precise, with Olivia, his wife of 12 years, and their two children.

Maybe. But get Drumcondra’s most beloved thespian export onto the topic of cinema and it’s a whole other story: “I wouldn’t consider myself a film buff, really,” he says, not entirely convincingly, for once. “I’ve watched a lot of films – I do watch a lot of films – but that’s just like breathing, or drinking water, isn’t it?”

In this spirit, the star of Love/Hate, Game of Thrones and the incoming Haughey biopic, Charlie, has teamed up with Triskel Christchurch in Cork to present – in person, no less – a selection of his favourite films for the delectation of lucky ticket holders.

The resulting season comprises seven films from the 1970s, four of which – Badlands, Scarecrow, The Exorcist, Taxi Driver – are prime artefacts of the heavily mythologised, post-classical Hollywood oeuvre.

“The period has been mythologised, yeah,” says Gillen. “But there were probably more people writing seriously about film and a fair whack of self-mythologising characters about. If you look at the films of any decade 40 years down the line there are always going to be a bunch of great ones that stand out.

“But I suppose there was a type of much more personal film-making that emerged in the sixties which was then perfected in the seventies and blasted out by the eighties. Not completely but really significantly. There were headstrong directors around who convinced the studios to let them make the films they wanted to make. A lot of really good, introspective, character-based dramas were turned out. With very real and moody performances from actors who mightn’t have been let centre stage or centre screen before. And people went to see them.”

Are we talking to an auteur guy?

In common with Idris Elba – Gillen’s co-star from The Wire – celebrity has arrived stealthily, staggered across time-zones and formats. His work has been acclaimed early and often: a Bafta nod in 2000 for Channel 4’s groundbreaking Queer as Folk, a Tony nomination for the 2004 Broadway revival of The Caretaker, a brace of Iftas for turns in The Wire and Love/Hate.

But it required the long-term commitments of The Wire and Game of Thrones to establish Aidan Gillen as a genuine household name. Love/Hate sealed the deal on these shores; The Dark Knight Rises cemented his reputation elsewhere.

Look closer, however, and there’s a gleam about Gillen’s CV that predates these deal-makers. This is an actor who has worked with Jackie Chan (Shanghai Knights), Jason Statham (Blitz), Patrick Stewart (David Mamet’s American Buffalo) and Harold Pinter (Mojo). The latter noted Gillen’s dangerous stage presence and promptly recommended him for The Caretaker.

Unsurprisingly, there’s a similarly dangerous quality to the movie performances that drew Gillen into his profession: “There were definitely a few films that made me want to be an actor,” he says. “They usually had Mickey Rourke or Sean Penn in them – Rumblefish, The Pope of Greenwich Village, Year of the Dragon, The Falcon and the Snowman, At Close Range – and some that were a bit closer to home, like Cal, The Dead, Mona Lisa. On the night of my 16th birthday – or was it my 15th? I can’t remember – I was on my own watching Rumblefish at the Curzon on Abbey St. Or was it The Cameo? I never forgot anything about the film though.”

At 45, Gillen is precisely the right age to have reaped benefits from the Golden Age of the Video Store, the halcyon period that gifted the world such luminaries as Quentin Tarantino. But, even during the Golden Age, Dublin offered a different kind of video-store experience.

“I’m definitely of an age where a lot of the defining films I’ve seen would have come from video-rental places,” says Gillen. “Like the Red Corner Shop on Dorset St – which was better known as a furniture shop – but where they had a lot of interesting stuff. The video places tended to have the complete spectrum of whatever was available, so you’d also be watching Paris, Texas, Fitzcarraldo, The Treasure of Sierra Madre and everything else in the shop if you had a couple of years.

“There was a place up by the Cat and Cage pub – I think it was called Drumcondra Video – where I did watch a few of what’ve been termed ‘video nasties’. Like Driller Killer and Texas Chain Saw Massacre. I never really liked those. But they also had the Cronenberg films which were right up there on the same shelf.”

There is, accordingly, a horror strand to Aidan’s work (see the creepy Wake Wood, for instance) and in his selections for his seventies season at the Triskel: a programme that includes The Exorcist and The Wicker Man. Do we sense a genre soft spot?

“I have a friend who used to like going out to the rental shops looking for all the latest ‘haunted videos’ . Like The Fog and the like. I always found the haunted videos 50 per cent amusing and 50 per cent disturbing. And the first film I remember seeing was a horror: The House on Haunted Hill. I remember watching it from my parents’ bed when they were out, frozen in terror.”

Having survived this early trauma with a Vincent Price movie, Gillen were on to develop a taste for Robert Altman and Terrence Malick. There are certain neat parallels between this milieu and the detailed character study Gillen brings to a project such as Treacle Jr.

“I do try and stick close to directors like Jamie Thraves who I worked with on The Low Down and Treacle. Because he’s interested in character and that kind of freewheeling storytelling you find in something like Scarecrow. He’s also quite visual. And if I’ve learnt anything from watching Badlands or Days of Heaven it’s that you don’t have to be doing too much or saying too much if you’re in the right hands.”

I wonder what techniques and ticks the actor might have, well, pinched from his favourite films?

“There’s a scene in Treacle where I dance with a lamp, that’s ripped from Mick Jagger dancing with a florescent tube in Performance which we’re screening.

“Jesus, I hope acting is more than twitches.”