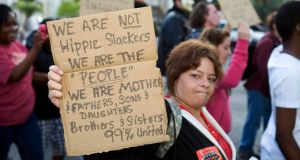 In his new book Enlightenment Now, cognitive scientist Steven Pinker puts up a defence of inequality, arguing that liberals are overly fixated on the phenomenon. “An increase in inequality is not necessarily bad: as societies escape from universal poverty, they are bound to become more unequal,” Pinker writes.

He draws on the work of philosopher Harry Frankfurt who said: “From the point of view of morality, it is not important everyone should have the same. What is morally important is that each should have enough.”

Says Pinker: “Inequality is not the same as poverty, and it is not a fundamental dimension of human flourishing.”

To a group of thinkers known as luck egalitarians, however, Frankfurt and Pinker are deliberately missing the point. They reduce inequality to income inequality, and worse still ignore – or at least downplay – the role of luck in determining an individual’s opportunities in life. (Such opportunities, one might add cattily, largely determine whether one ends up working in a low-income, low-status job, or in a cushy university post like Frankfurt and Pinker.)

According to luck egalitarians, “it’s bad – unfair or unjust – if some people are worse off than others through no fault or choice of their own”, explains Adina Preda of the Department of Politics & Public Administration at University of Limerick.

“In other words, if your disadvantage is due to bad luck – say a natural disaster, an illness that you have no control over, or even poor natural endowment – you are owed compensation.

“If your disadvantage is due to the fact that you knowingly and willingly took a risk that didn’t pay off, you are not owed compensation.”

Luck egalitarians, in this way, seek to remind us that citizens don’t operate on a level playing field. Yet, like the Judean People’s Front in Monty Python’s Life of Brian, they face opposition from other egalitarians.

To some liberals, trying to equalise the effect of luck would have a shaming effect on those who are disadvantaged in society by compelling them to prove their ill-fortune. It is argued that such victims would have to humiliate themselves to gain compensation in a manner similar to beggars trying to prove they are sufficiently destitute to warrant charity.

Preda, this week’s Unthinkable guest, rejects this claim, arguing that luck egalitarianism provides a non-judgmental way of looking at disadvantage, and were it to become widely accepted it could have a transformative effect on society. Under luck egalitarianism, she explains, a talent, inheritence or disadvantage “should be seen just like one’s gender or race or eye colour”, and thus no cause for shame.

What is luck egalitarianism?

Adina Preda: “Luck egalitarianism is a family of theories about the fairness of economic distribution. Its main claim is that a fair distribution would be one that equalises the effects of brute luck on people’s welfare.”

Why should one support it?

“There is no good reason to let people suffer the differential consequences of luck since luck by definition is entirely arbitrary.

“Our societies are unfortunately currently organised so that both good and bad luck is left where it falls, so to speak, both luck of the natural kind, such as one’s intellectual or physical endowment or of the social type, such as one’s good fortune of being born into a wealthy or privileged family or society. This seems very unfair and at odds with our own ideals about fairness.”

You’ve written that “luck egalitarians are shameless”. What do you mean by this?

“As you might expect, luck egalitarianism has been criticised from various angles. One set of criticisms comes from so-called relational egalitarians who believe that the main point of egalitarianism is to promote equal relations between people, in particular citizens.

“The egalitarian aim should be, in their view, to enable people to relate to each other as equals rather than aim at an egalitarian economic distribution.

“One focus of their criticism has been on the kind of attitude expressed in the compensation offered to people for their bad luck and/or the way they feel in having to make the case, for example at the welfare office, for their being the victim of bad luck.

“Relational egalitarians believe that this would make people feel ashamed, which would be at odds with egalitarian commitments.

“If you’ve seen the film I, Daniel Blake, their views are well represented in it. The employees in the welfare office - and in fact more the anonymous ‘healthcare professional’ at the other end of a phone line - try to ascertain whether he is unable rather than unwilling to work and treat him condescendingly in the process. He ends up feeling ashamed and treated as less than an equal citizen simply because he has to prove to unsympathetic state officials that he is the victim of bad luck. Relational egalitarians think that this is the kind of situation that luck egalitarianism would lead to if implemented.

“In a paper entitled Luck egalitarians are shameless that I co-wrote with Kristin Voigt, we are trying to defend luck egalitarianism from this allegation. We believe that not only would this not be the case in a luck egalitarian society but it would in fact be quite the opposite.

“A luck egalitarian would want to compensate for the effects of bad luck precisely because they believe that luck is morally arbitrary and its effects should not impact on someone’s welfare or life chances.

“This, we think, means that there is absolutely nothing shameful about not having the kinds of endowments (luck egalitarians use the term ‘talent’ for this) that would command an income on the job market.”

“Talent, in this sense . . . is not something that one has good reason to be ashamed of, or a good ground for disadvantage.

“Of course, most people today are not luck egalitarians but that, we think, does not speak against luck egalitarianism but rather in its favour... No serious luck egalitarian would recommend that the welfare office employees should try to ascertain whether someone is unemployed because they are genuinely unable to get a job, i.e. untalented or for some other reason. A luck egalitarian would most likely favour unconditional welfare benefits, for instance, in the current circumstances.”

In his book On Inequality, Harry Frankfurt argues that “exaggerating the moral importance of economic equality is harmful because it is alienating”. It makes a person desire things that are “not most authentically his own”. Frankfurt further argues having “enough” is morally important but not “having the same”. To what extent should we pursue economic equality?

“I do like Harry Frankfurt’s work on bulls**t – in the technical sense of the term – as well as on free will and responsibility but I am less impressed with his arguments about or against equality.

“First, the connection with inauthentic desires and needs that he alludes to is spurious. I suspect that what he means is that exaggerating the importance of material possessions may lead to that, but I don’t see why economic equality per se would have that effect.

“It seems to me that focusing on sufficiency, which Frankfurt favours, is rather ad hoc; I can’t see what the positive argument for sufficiency is, as a requirement of justice.

“Economic equality, though not income equality, on the other hand, to my mind follows from some more basic requirements of justice, such as treating people as equals or in a non-arbitrary manner.”

* Adina Preda and Kristin Voigt (McGill University) will present their paper ‘Luck Egalitarians are Shameless’ on March 23rd at the Dublin Political Theory Workshop, which has a programme of lectures continuing until the end of April. Dublinptworkshop.wordpress.com