To infinity and beyond: The numbers game behind God’s ‘existence’

Unthinkable: The nature of reality may depend on whether the infinite is comprehensible 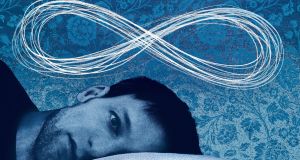 Unwittingly the pair were continuing an ancient philosophical tradition of grappling with the nature of infinity. The question of whether the infinite is comprehensible has troubled mathematicians and logicians down the ages, and while it seems to be an arcane topic it potentially holds the key to the nature of reality and to whether an intelligible God exists.

Indeed, the question was seen as so sensitive in the Catholic Church in the 17th century that Jesuit theologians banned the mathematical theory of infintesimals – the notion that a sum could be divided endlessly into tiny, non-zero numbers. The theory was part of the then emerging discipline of calculus and, as such, was a challenge to the status quo.

Bishop George Berkeley, perhaps Ireland’s greatest philosopher, was also deeply perturbed by the notion of infinitesimal change. So much so that he wrote a polemic against the new science, accusing its proponents of the very sort of irrationality which “free-thinkers” tended to pin on the religious.

What are these “evanescent increments”, he asked in a famous passage. “They are neither finite quantities nor quantities infinitely small, nor yet nothing. May we not call them the ghosts of departed quantities?”

“Berkeley wanted to say: ‘Look, you mathematicians have no idea what you’re talking about and yet you criticise us for our theology’,” explains Dr James Levine, associate professor of philosophy at Trinity College Dublin. Berkeley’s argument can be heard today in new guises – from defenders of religion who like to depict science as a kind of faith. “’You’re no more solidly based than we are’ – that’s the argument,” Levine says.

The infinite features in other scientific debates, which often trace their roots to Zeno’s paradoxes, named after the Greek philosopher Zeno of Elea. He highlighted the seemingly contradictory nature of motion through a number of arguments. In a race between Achilles and the tortoise, for example, it appeared that if Achilles gave the tortoise a head start he could never overtake the reptile because he must always arrive at a point just left behind by the tortoise.

While Zeno’s paradoxes continue to get heads scratching 2,500 later, Bertrand Russell believed a solution was found in the 19th century by mathematicians such as Georg Cantor. The maths is still contested, as are the scientific and theological conclusions drawn from it, as Levine – this week’s Unthinkable guest – explains:

Zeno’s paradoxes are used to support the idea that reality is very different to appearance and therefore we should not trust our senses. How exactly did he invoke the infinite in all this?

Jim Levine: “Zeno said we can’t give a coherent account of change or motion or time, and typically the arguments trade on the issues of the infinite. For example, if Achilles gives the tortoise a head start he has to catch up to the point that the tortoise was at but, then, the tortoise would have moved on a little bit. So it looks like he will have to do an infinite number of things in a finite amount of time to catch the tortoise.

“The argument is we cannot give a coherent account of change or motion, and that leads to the view that reality is very different to how it appears to us.”

How did Russell come to challenge this? “Russell’s view was that these mathematicians in the 19th century gave an account of the infinite, which he felt solved all these problems. And he took it as refuting various forms of idealism [the idea that ultimate reality is a mental, rather than a material, construction] and supporting a scientific outlook.

“Methodologically, he also saw it as a fundamental model for thinking – in that things that seem incomprehensible can become comprehensible; that is what science and maths are meant to do – to show that it’s possible to provide a coherent theory for something that previously seemed incoherent.

If Russell was around today he would say quantum mechanics will eventually be explained, or would he rather hold judgement?

“He is kind of a fallibilist. He doesn’t think there is certainty that we will obtain the final picture of things, and basically we will resolve problems as we can, but we always have to be open to the possibility of radically rethinking the way things seemed to us previously.”

“There is this issue: If God is infinite and it’s assumed that we can’t comprehend the infinite in what sense can we speak of God? Does it become incoherent to speak of God?

“In a certain sense, even though Russell was not theologically motivated at this point . . . he always wanted to hold out the possibility that we can at least suppose there is something beyond us, even if we can’t encompass it in thought.

“Of course, the problem for theologically minded people is that the more they think God is remote from us, the less they can say about God. So if God really is knowable by us, then God really isn’t that different from us.

“Descartes was very sensitive to this . . . There was a division between Leibnitz and Descartes over whether God could make two plus three equal five.

“Whereas Descartes said: No, God is beyond limit and power; we can’t understand anything other than two plus three equals five but we know that God’s power is unlimited.

“I do think that if you want to say there is something genuinely beyond us you have to say there is a way of thinking about it which is different to the way you think about things which are not beyond us.”

All eyes on Tenet, the spy movie with everything to prove
2 Then & now
3

Is it not time we celebrate Ireland and Britain’s closely intertwined culture?
8 Sinead Lohan
9