Clive James: ‘I fancied the chance to show off’

As a critic Clive James changed the way we think about TV, then, as a presenter, kick-started its obession with low-rent celebrity. One of the most under-rated writers of the past 50 years, he has also published poetry, essays and, now, a translation of Dante’s Divine Comedy 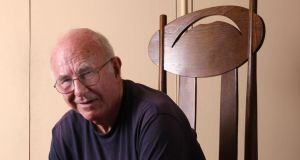 Clive James is a poet, critic, essayist, memoirist, broadcaster and translator of Dante. He came from Australia to London in 1962, hung out with countercultural and literary figures and studied at Cambridge, but he first came to acclaim as a television critic for the Observer in the 1970s. He wasn’t the first critic to take television seriously, but he was the first to take silly television seriously and to write about it with intelligence and wit.

He even started creating programmes. Clive James on Television (ITV), in which he showcased oddball TV from around the world, was what my generation had instead of YouTube. Saturday Night Clive (BBC) and The Clive James Show (ITV again) kick-started television’s obsession with low-rent celebrity, but they did so with an irony and an urbanity that have been filtered out of that obsession over the years. His five beautifully written “unreliable” memoirs bring him from postwar Australia to 1960s London, to the hallowed halls of the BBC, to leaving television behind in 2001.

He is also a poet and essayist. His book of biographical essays, Cultural Amnesia, should be read by anybody interested in the 20th century and social democracy. Recently, he translated Dante’s Divine Comedy, for the laugh. He has returned to writing television reviews, this time for the Daily Telegraph.

James is ill at the moment, with leukaemia and emphysema, but he has agreed to do an email interview. He is one of the best but most under-rated writers of the past 50 years. As I write this I’m trying, and failing, to write like Clive James.

How did England in the 1960s and the counterculture influence you?
The counterculture (I haven’t heard that term in ages) impressed me very little. I was too busy trying to acquire some actual culture. But, in general, England in the 1960s was a good place and a good time for an Australian in his 20s. The great thing about London was that you could be poor and still find a bedsitter. Thus protected from a couple of the iciest winters ever, I wrote poems. They should have been better, but they were still the thing that mattered to me most.

How important were Cambridge and the Footlights student comedy troupe to your developing aesthetic sensibilities?
Cambridge was crucial for the time it gave at least one skiving undergraduate to pursue theatre, student journalism and poetry. In Footlights I wrote enormous monologues that I eventually learned to compress to the size of a newspaper column: a vital skill. I’m not sure that “aesthetic sensibilities” isn’t too grand a phrase.

What appealed to you about writing television columns in the 1970s, and how difficult was it to fill a review in that era compared to doing so with the stuffed schedules of today?
The great thing about writing TV criticism was the chance to write about everything, as the whole world was already coming through the tube every night, and everybody saw the same things that you, the critic, saw. Now there a thousand channels, and that common experience is lost. On the other hand you can go clicking around in all directions, searching for interesting stuff. So I still find it a fun way of making a living.

Why did you start to write your memoirs? And why is it important that they’re “unreliable”?
In the late 1970s I was taking lunch every week with a bunch of literati, and I grew accustomed to providing my share of the entertainment by telling tall tales of my childhood. Eventually it occurred to me that the tales might make a book. I used the word “unreliable” to head off any accusation that the stories might be improbable. The precaution worked everywhere in the English-speaking world except the United States, where the book has been launched twice but sank each time.

Your strongly anti-totalitarian liberal values are all over Cultural Amnesia. Why did you write that (amazing) book?
Insofar as one knows one’s own motives for writing anything, I wrote Cultural Amnesia for exactly that reason: I thought that anti-totalitarian values still needed protecting. I was born and grew up at a time when two of the main totalitarian systems just happened to be on opposite sides in a world war, but in fact they were united in their lethal contempt for democracy. After the collapse of Nazi Germany, Naziism was scarcely heard from again, but communism lived on, and it still does live on, even after the demolition of the Berlin Wall. For most of my writing life, the impatience of the progressive intelligentsia with the democratic process has been a constant worry to me. Really I’d rather not talk about it, but one has to.

Why did you decide to translate Dante? Did you have to immerse yourself in the Dantean world view or did you project your own more modern values on Dante?
For more than 40 years I wanted to translate Dante. I just didn’t know how to do it. Then I finally figured out how to convey his impetus, which is his great secret, even greater than his lyric invention. Dante really knows how to make verse move forward. The whole of the Divine Comedy goes like The Charge of the Light Brigade. As for the “Dantean world”, it was right there in the house: my wife is a Dante scholar of great eminence. Her own book about Dante will be out in the US next February, and I think it’s brilliant.

Why should people read poetry?
I get the impression that people are still thrilled by poetry, but it has to sneak up on them. Look at what happened to Auden’s sales figures after Four Weddings and a Funeral.

Does celebrity impinge on your work as a critic, poet and writer?
I try to make sure it doesn’t, but it does, and sometimes it even helps. For example, it helps you at the awkward moment when you suggest to your publishers that you might like to spend a few years translating Dante.

What do you imagine life would have been like for you if you’d stayed in Australia?
I think I would perhaps have done all right, and might even have had a multiple career in radio, television and literature, but there would have been an awful lot about the world that I didn’t know.