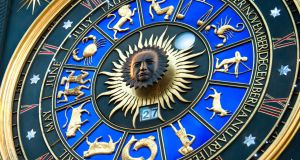 Reports suggest committed belief in pseudo-scientific bottom-water of the brownest hue is enjoying yet another revival. The word “committed” is important here. The resurgence in astrology was one of the 1960s’ many regrettable bequests. Wide-bottomed trousers, progressive rock and lava lamps all made returns. So we shouldn’t be astonished to again see citizens consulting the heavens when deciding what to cook for dinner. Worse things outlasted the Altamont comedown. Led Zeppelin for one.

In the interim, those who continued to draw up star charts directed great opprobrium at the astrology columns published in newspapers and magazines. This wasn’t “the real thing”. Of course they were inaccurate. To learn anything meaningful from the heavenly bodies you had to consult a person with many rulers and a piece of paper larger than a tea tray. He or she might even have accrued qualifications from a body that operated out of a caravan decorated with pentagrams.

Those weekly nods towards bilge-science were, in truth, largely harmless. Casual astrology followers who – while knowing the predictions were nonsense – still read their horoscopes weren’t dealing in any serious hypocrisy. It was akin to shaking a “magic eight-ball” or reading a fortune cookie. Here was a trivial game to flesh out the duller stretches of existence.

That still goes on. Fair enough. People still avoid walking under ladders or hang horseshoes over the doorway. Few genuinely believe fate is altered by such decisions.

Meanwhile, however, that more committed strand of adherence has swelled worryingly. A recent story in the New York Times told us that some 29 per cent of Americans now really believe in astrology. That increase in belief is particularly strong among younger people. The paper tells us that: “44 per cent of 18- to 24-year-olds say that astrology is somewhat or very ‘scientific’.” Really? This is like hearing that close to half of young people believe in phrenology, chemtrails or that bats play rugby.

Meanwhile, the papers are processing stories about maniacs basing their choice of roommates on astrological signs. In April a post was shared from a person who had been turned down for a flat-share because she was “a Capricorn” (that’s to say, born in late December or early January). “I love Capricorns, but I don’t think I could live with one,” the post said. “This Virgo/Gemini house is a special place where soft mutable signs get to run free untethered by cardinal authorities”. Cardinal authority? That’s you told, Jesus Christ (born late December).

The Guardian’s response drifted into couldn’t-make-it-up territory. Megan, a young woman from Brighton, agreed the story about the shunned Capricorn was absurd, but not for the expected reasons. Capricorns were fine, apparently. It’s people born in June or October you need to watch out for. “It’s like, how many more emotional Cancers or Scorpios will I live with, before I acknowledge it’s not meant to be?” Megan told the paper.

To point out this is all claptrap would be a waste of keystrokes. It’s no use directing the followers towards physicist Shawn Carlson’s famous study from 1985 that confirmed even the most highly regarded astrologers were unable to match natal charts to corresponding personality tests better than chance. One may as well talk to the wind as note that there is no possible way the rough position of Mars at the time of your birth could have a bearing on your personality, but I will waste a few more keystrokes by transcribing Carl Sagan’s thoughts on the matter. “The only influence of Mars which could affect me was its gravity,” the astrophysicist said in his seminal TV series Cosmos. “But the gravitational pull of the obstetrician was much larger than the gravitational influence of Mars.”

None of this will have any effect because, despite the pseudo-scientific facade laid down by all those charts, symbols and figures, belief in astrology hangs not on truth, but on a class of woolly faith that has more to do with emotion than hard fact. It is perfect for an age that draws ever-madder conclusions from internet quarter-truth and cuts its political beliefs to the conspiracies that result.

Something similar happened between the two World Wars when an array of deluded zealots and cynical charlatans – Madame Sosostris in TS Eliot’s The Wasteland – helped bereaved families get in touch with their fallen sons. There are comparisons to be made between that chaos and the disruption of the current era. Various schools of guff eventually led the inter-war world to unprecedented derangement. It would be overstating the case to offer similar warnings about the current resurgence in ancient hogwash. A few renters discriminated against because of their birth date is not the beginning of any apocalypse. But the 20th century’s catastrophes reminded us that reason is preferable to unreason and truth is preferable to delusion.

Then again, I would say that. I’m a Sagittarius.