Novelist Pierre Jarawan describes Beirut, where every adult knows what to do when there’s an explosion 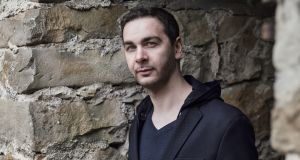 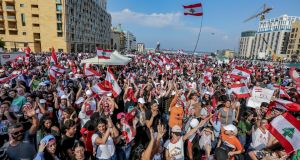 Last December, my phone beeped with a message from my cousin in Beirut: “Pierre, I need your advice and help. I wanna move to Germany.” Ziad is 25, and like most young Lebanese people, he dreams of leaving the country of his birth. On the afternoon of August 4th, Ziad shared a video of the explosion. “What happened?” I messaged him. “Are you OK?” That night I checked my phone obsessively as CNN showed what remained of the port. “I am very sad. It’s too much to handle,” Ziad eventually replied.

In the days that followed, I watched countless viral videos of the blast from various perspectives. In one of them, security camera footage had captured a father reflexively grab his son and crawl under a table the moment the blast hit. “Such bravery,” someone had commented. No, I thought, that’s not bravery, just habit. In Lebanon, everyone over the age of 30 knows exactly what to do when there’s an explosion.

The civil war ended in 1990. The Beirut of my childhood was a city of eternal summer. I never saw it in any other season. When the school holidays started in Germany, we’d fly back to the country my parents had left in 1982, when the war was still raging. We’d visit relatives, and each year Beirut would look different, its scars a little less visible. New buildings would have sprung up and I’d have to reorient myself once again. An eternal labyrinth. It was like looking into a kaleidoscope: the city was the same, but the patterns kept changing.

In 2006, large parts of the capital were again destroyed during the “July War” with Israel. Yet just three years later, the New York Times recommended Beirut to its readers as the top place to visit in the world, describing it as a mecca for censored artists, gays, beach bums and hedonists. The bars, coffee shops and nightclubs of neighbourhoods like Gemmayze and Mar Mikhaël attracted revellers from all over the world. The one thing that never changed throughout these years was the soundtrack of drilling and hammering, the sounds of a massive repair shop trying to erase the traces of the bloody past. The only visible constants were the cranes above the skyscrapers.

Some saw all this rebuilding as a sign of a new start. Of a city making itself over. Of an indomitable spirit, a refusal to give up. Beirut has been destroyed seven times, the Lebanese like to say, and seven times it has risen again. Europeans brave enough to travel to Lebanon were amazed by the energetic nightlife. “Young people in Lebanon party like there’s no tomorrow,” they would tell their friends on return. And it’s true. But it has little to do with joie de vivre. Young Lebanese people party like there’s no tomorrow because they know there might not be a tomorrow.

People like Ziad who were born after the war might not know from personal experience what to do in the event of an explosion. But they know there’s no future, no opportunities in this little strip of coast less than half the size of Munster. Everyone here knows fathers who work in the Emirates, sending money back home so their kids can go to better universities and one day leave the country with a good education. “I would love to continue my studies in car mechanics,” Ziad wrote to me last autumn, “but I’m also open to business management, design, music …” Just get me out of here, in other words.

According to World Bank estimates, every second person in Lebanon will live below the poverty line by the end of the year. The Lebanese pound has lost about 80 per cent of its value over the past eight months. While the former prime minister pays $16 million from his personal fortune to a South African bikini model, people barter televisions for nappies in Facebook forums and hustle for food just so they can survive. The roughly 1.5 million Syrian refugees taken in by the country – the highest number of refugees per capita in the world – have to do the same.

The Lebanese have known for years that the state has no interest in protecting them. The port explosion has just made this clear to the rest of the world too. There can only be two reasons for allowing 2,750 tonnes of ammonium nitrate – an explosive with the power of a small atomic bomb – to rot away for years in a warehouse in the midst of civilians: negligence and corruption. For decades, the Lebanese government has been tyrannising its own people with both.

The people ruling this country are clans who have been hanging on to power since the civil war ended, having previously spent years battling each other in militias. They see Lebanon as their own personal rubbish dump: the tap water is undrinkable, rents are exploding and the power goes out for hours several times a day, including in hospitals, where doctors had to use their mobile-phone torches to treat many of those injured in the blast.

Hope has alternated with disillusionment over the past few weeks, as it has so often in the past. Just last autumn, there were peaceful protests. People of every age and confession waved flags with the cedar symbol and chanted “Everyone means everyone”. “They all have to go,” demonstrators said. “Every last member of this government.” But then the lockdown came and the movement lost momentum.

It’s becoming more and more apparent to me that the explosion was also an implosion, perhaps one more than the country can bear. It left 300,000 people homeless. To put this in context, it would be like 3.6 Germans losing their homes from one minute to the next. And it has happened in the middle of both the worst economic crisis the country has ever faced and a pandemic.

The day after the blast, Ziad posted photos of Gemmayze and Mar Mikhaël. Though located several kilometres away from the port, the coffee shops and bars are in ruins. That evening, he shared a video of journalist insisting on calling President Michel Aoun “Mr Aoun” because he did not believe Aoun deserved to be called president. Grief and rage are inseparable in this country. I have no doubt that when the rubble has been swept up, aftershocks will follow.

When I was invited to write this column, I hesitated. How was I to describe something for which there are no words? Plus I’m weary of only talking about Lebanon when it has been hit by yet another crisis. I’m worried about reinforcing cliches, about ignoring this country’s many other facets: the stunning landscapes, the ancient history and awe-inspiring archaeological sites, the hospitality and ready smiles. But then in my inbox I find a mail from a Lebanese woman who has read my novel: “While our voices and screams can get lost in the echo, you have your pen. Please use it for the sake of all of us. We are all heartbroken yet full of rage.”

This article was originally published in the German news magazine Jetzt. Pierre Jarawan is the author of The Storyteller, translated from the German by Rachel McNicholl and Sinéad Crowe (World Editions, April 2019, £11.99). Sinéad Crowe’s translation of Lucy Fricke’s Daughters has just been published by V&Q Books (€15).