You Know You Want This review: sex, shame and desire explored 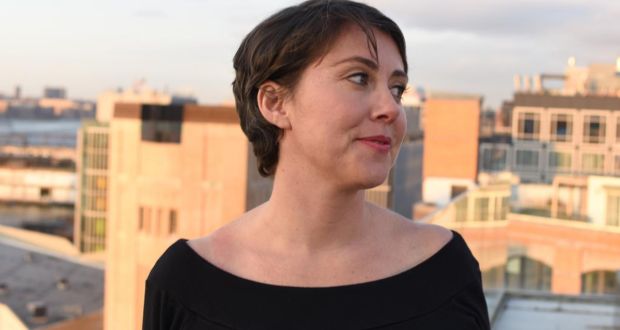 Book Title:
You Know You Want This

In December 2017, Kristen Roupenian’s story Cat Person went viral after publication in the New Yorker. The 4,000-word story about lousy heterosexual sex provoked massive debate online. The New Yorker’s most read short story ever, with more than 2.6 million hits to date, it garnered a seven-figure deal for the American author’s debut collection. Arriving a little over a year later, the provocatively titled You Know You Want This is an entertaining debut with plenty to say for itself on the subjects of sexual politics, shame and the complex nature of desire.

In one story, The Boy in the Pool, gay narrator Kath plans a hen party for her friend and childhood crush Taylor. The story is many things: a nostalgic look at teenage sleepovers, an examination of triangular friendships, an excruciating account of the forced joviality at hen parties. But most of all, as expected from Roupenian, the story cuts to the quick on issues of sex and desire. In a line that neatly encapsulates the collection as a whole, Kath says of Taylor: “She wants what she wants. Don’t we all?”

Plenty of Roupenian’s contemporaries have explored similar topics. To name a few, Diane Cook, Samantha Hunt, Miranda July and April Awers Lawson all offer up sharp observations on sex and gender in their stories. Roupenian has set herself apart from the pack with the phenomenal success of Cat Person and she will most likely be judged not against her contemporaries but against her own incredibly high standard.

Not every story in the collection feels as gut-wrenching or as finely observed as Cat Person. A shift into the fantastical with two of the 12 stories – Scarred and The Mirror, the Bucket and the Old Thigh Bone – doesn’t add much to the collection, with both drifting to a finish. The Night Runner evokes the world of a Peace Corps teacher in Butula, Africa, but its grotesque plot of locals smearing excrement on the walls of a house warrants far more unpacking. The ending of this story feels neat and overwritten, a similar issue in Sardines, a creepy tale of an 11-year-old girl who gets revenge for her mother on her father’s new girlfriend. The plot is interesting – a birthday party game turns gruesome – but an intrusive narrator takes us outside the characters’ perspectives: “Leave Tilly to her plotting. Leave Marla to her wine. Imagine yourself, instead, as The Girlfriend.”

The rest of the collection, however, has much to recommend it with stories that offer abrasive, painfully aware accounts of relationships in turmoil. Sex, guilt and shame are the unholy trinity. The opening story Bad Boy sees a couple help their friend get through a break-up. Their charity of letting him sleep on their couch soon shifts into a murky world of power and transgression that leads to a frightening, believable finish.

In Look at Your Game, Girl, a 12 year old’s life is forever altered after she agrees to meet an older man in a park after dark. Cat Person is at a judicious halfway point, enlivening the collection with its queasy tale of power and sex. From the beginning, 20-year-old Margot knows the dynamic is off with Robert, an insecure man in his mid-30s: “If she took more than a few hours to respond, his next message would always be short and wouldn’t include a question.” Their first and only date ends in bad sex, set out by Roupenian in exquisite, domino-like horror. Above all, Margot is a young woman who wants to be liked, who wants to be seen as game for a laugh: “‘It’s okay,” she jokes with Robert as they drive to the cinema, “you can murder me if you want.”

The subsequent stories each hold their own and the collection builds to a strong finish. The Good Guy is narrated by Ted, an average-looking man with a nice sideline in dumping women who are supposedly out of his league. His fantasies of hurting women bring the story into darker, Mary Gaitskill territory, and Roupenian teases out his back story in a bid to bring us answers. The Matchbox Sign is a standout piece, a poignant and terrifying account of a couple’s attempts to deal with an illness that may be psychosomatic: “When the third bite appears on her face, popping from the hard curve of her cheekbone, she scratches at it so much that her eye swells shut.”

Death Wish is a startling and insightful exploration of sexual debasement: “I want you to punch me in the face as hard as you can. After you’ve punched me, when I’ve fallen down, I want you to kick me in the stomach. And then we can have sex.” Showing her range, Roupenian closes the collection with Biter, a darkly comic piece about a woman’s attempts to control her urges that includes a delightful twist in the tale for a sexual predator. You know you want this collection. Of course you do.