A Different Drummer by William Melvin Kelley: The new ‘Stoner’? 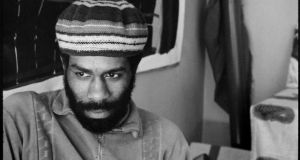 What would have happened if black Americans refused to accept a subordinated life in the South in the 1950s? This is the premise of William Melvin Kelley’s superb debut novel, first published in 1962. The New Yorker wrote the book aged 24 at the height of the civil rights movement in the US but chose to consider the struggle in another way, imagining a different path to equality for his fellow African-Americans.

Like John Williams’s Stoner or Lucia Berlin’s A Manual for Cleaning Women, A Different Drummer is being published as a rediscovered classic, whose return into print is a fascinating yarn in its own right.

The American journalist Kathryn Schulz happened upon the novel after following road signs with arrows off the highway to a jumble sale near Chesapeake Bay. In an excellent piece for the New Yorker earlier this year, she relates the find: “I went to browse, and spotted, first thing, a slender volume that was shelved the wrong way round – binding in, pages out. I pulled it down, turned it over and found myself holding a beautiful clothbound first edition of Langston Hughes’s Ask Your Mama.” I flipped it open and there on the frontispiece it said: Inscribed especially for William Kelley – on your first visit to my house – welcome!”

Thrilled with her literary treasure, Schultz goes on to “follow more arrows” and hunts down a copy of Kelley’s debut. It proves another great find, and a win for today’s readers across the world, who can delve into an imaginative, brilliantly observed world of the 20th-century Deep South in turmoil.

The title of the novel comes from a quote from Henry David Thoreau: “If a man does not keep pace with his companions, perhaps it is because he hears a different drummer. Let him step to the music which he hears, however measured or far away.” The titular drummer is the book’s hero, Tucker Caliban, a young African-American man who in 1957 has just bought his first farm from the white landowning Willsons. That the Willsons have previously owned generations of the Caliban family makes the sale all the more meaningful, as does the exact plot of land Tucker chooses: “It had once been the southwest boundary of the Willson Plantation, on which his great-grandfather and grandfather had been slaves and then workers. And it was told how the General had ridden out to this spot each day to watch the sun go down.”

This is no ordinary general but Confederate General Dewey Willson, born in the fictional town of Sutton in 1825, a man who represents the brutal war waged by some southern states to keep the institution of slavery. After a brave and fierce slave, known mythically as The African, escapes at an auction, the General tracks him down and kills him in the capturing. One of Kelley’s ingenious literary choices is to render Willson courageous and ethical in his own privileged white way, a man who regrets the nefarious means by which he tracked the African and who saves the man’s infant son from being bludgeoned to death by his father with a rock with his last breath. This baby is christened Caliban by Willson, with a fitting nod to Shakespeare’s colonists and their claims, beginning a bond between both families that blurs the lines between slavery, kinship and love over the next century.

Broken into 11 chapters, A Different Drummer is frequently told from the perspective of white characters, which in the hands of another writer could mean further marginalisation of a voice already so suppressed in literature, but Kelley deliberately gives the book over to white narrators – who range from brutally to casually racist – to make the struggles of his own race all the more impactful. Lauded in his day for his satirical explorations of race relations in America – the OED credits him for coining the term “woke” – Kelley delivers his observations with caustic humour and surprising compassion. The comparisons of his debut to the books of James Baldwin and Faulkner are justified.

From the young white boy Mister Leland, who knows that Tucker is different from him but who loves him anyway, to the current generation of Willsons, Dewey III and Dymphna, who consider the Calibans near siblings, to the redneck townsman Bobby-Joe and his ugly, dangerous logic, the mentality of the American south is intensely examined.

The plot hinges on Tucker’s extraordinary decision to destroy the land and house he has just purchased after years of toiling. It is a shocking move that prompts a reaction of biblical proportions, an exodus of all African-Americans that leaves the unnamed state symbolically in tatters. A Different Drummer is a fascinating account of a man, weary of words and politicking, who makes a seemingly nonsensical decision in the eyes of society. And yet, as a response to centuries of injustice for his people, it proves an eminently sensible action.