Joyce Butler, Grace Tierney and Lisa Redmond discuss the passion that drives them 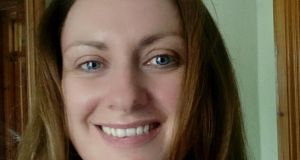 Joyce Butler: “My work was only ever as good as my last rejection”.

I didn’t really consider myself to be a writer until last year. My work was only ever as good as my last rejection. And in 10 years I’ve had just eight pieces of work published, including some poetry, essays and one shortlisted story in the inaugural Atlantis Short Story Anthology 2018/19.

I think publication is the bar most writers measure themselves by. But is this a fair assessment? In the past five years, along with working and being a Mam, I’ve researched, edited and honed a historical novel into a humble little piece of art, while the following blunt instruments of self-doubt whacked me over the head:

Why am I doing this?

It’s probably destined for a life of obscurity on some long-forgotten bookshelf. (Bookshelves , the gatekeepers of many an anonymous, dust-collecting tome, should never be forgotten).

Despite the above, I’m currently submitting to literary agents.

Last summer, I was standing on the very precipice of novel publication, when the full manuscript was requested simultaneously by a successful digital publisher and a literary agent. But just as I began dreaming of the glistening canyons of opportunity ahead, it was rejected. And I seriously did consider putting down the pen, or at least shutting down the laptop, and had to ask myself some hard questions:

What is the fundamental reason that I write?

Is writing in itself enough for me?

How would it feel to never write another word?

And, more importantly, should I start ignoring the seconds when I feel more than see a literal will-o’-the wisp of inspiration descending towards my line of vision, because surely that would be unforgiveable?

So I came to the realisation that writing for me is like breathing, it’s something I simply must do. Knowing my fingers and mind are working with a special sort of synchronicity, tapping into something bigger than me. And having had my fair share of depression in the past, I know writing is part of my scaffolding of psychological support in life, that built me back up into the person I was before and after mental illness.

And I’ve had the odd, wonderful rejection too. Like a personal, encouraging email re said novel from a well-known Irish agent. And a serious acknowledgement of my writing ability from a small, very successful independent Irish publisher.

Which led me to ask, why do others like me continue to determinedly pound the keyboards despite those spurning strikes of rejection, along with juggling the rest of their lives?

I met Lisa Redmond at a Waterford Writers’ Weekend event in 2019 and immediately sensed she was somewhere on the same writing path as me, so we swapped Twitter handles.

Lisa works as a library assistant in Louth and has been writing on and off since she was a teenager, taking it up again when her eldest child was still a baby. After two more children, the urge to write returned and she started a writing group in Drogheda under the catchy name of Saltwater Scribblers. She now writes in her spare time whilst juggling work and family commitments.

Lisa took part in NaNoWriMo (National Novel Writing Month) several times and has some half-written novels to show for it. She also entered many mentoring and short story competitions and even though unsuccessful, the key point is, she has never given up, continuing with a tenacity and determination that is admirable.

And she has had some success. In 2017, she wrote short biographies of Ancient Irish Heroines for Herstory.ie, now used by primary school students across Ireland, which is something she’s incredibly proud of. She is also a regular contributor to Historical Novels Review, Books Ireland and Children’s Books Ireland’s yearly guides, along with their magazine INIS.

She has not given up on her fiction either and has been working on a book since 2018, attending Date with an Agent in December of that year, receiving encouragement from agent Lina Langlee. She also attended the Inspiration Project in January 2020 and workshopped that novel. She is currently editing and rewriting her novel with a view to sending it out to agents and competitions.

Lisa says of rejection: “Rejections are hard. I have only entered two short story competitions and I got no reply at all. I entered two extracts for mentoring opportunities and got rejections for both. They do get me down, but hey ho, I keep on keeping on.”

Grace Tierney is from Dublin but has lived in Meath since 2003. She has been writing for the past 20 years. She began on her commute to and from work then had children in 2003 and 2005, writing while they slept.

The accomplishment of intricate domestic juggling spurred her on to become a stay-at-home parent and part-time writer. While thinking this would provide endless hours of creative keyboard tap dancing, Grace juggled several part-time and voluntary work positions also – one as a voluntary mentor for NaNoWriMo.

Weaving through her writer’s ethic is another impressive body of work – acolumn in The Meath Coaster, 10 personal essay anthologies, and various short fiction journals. She was a staff writer for Writer Online, Netsurfer Digest and The Good Books Guide (all sadly closed now), and guestblogged for the Irish Writers’ Centre. She’s also contributed to a regular slot about the history of words on LMFM radio and has blogged about the history of unusual words since 2009, self-publishing two books (ebook and paperback) on the topic: How To Get Your Name In The Dictionary and Words The Sea Gave Us. At the moment she’s editing her historical fiction novel Ready for the Storm, set in Tudor Ireland.

Grace of course has experienced the torment of rejection but came close with her first novel The Happy Hangover Company, which was accepted by Poolbeg Press. It also gained significant interest from a US-based agent. In both cases Grace knows the book improved because of their interest and advice and she’s still very proud of the finished work.

“Rejections are part of the game,” says Grace. “Never fun to receive, but I know from experience that if I keep submitting, and improving my work it nearly always finds a home somewhere. Novel rejections are the hardest for me as so much time and energy has gone into the work, and into the submission process. It takes real courage to keep submitting a novel to a long list of agents and publishers.”

These are just three stories in a country where thousands continue to pound the keyboards for all that it brings. And now more than ever, we need to hear their stories.