Writing a novel is hard but the story shouldn’t be. It should be your favourite thing

‘You want to believe people couldn’t have knowingly let that go on behind those walls. But then you remember the bogey-man industrial school threats, and you wonder’ 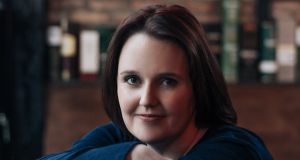 Dervla McTiernan: the same country that gave me a happy, stable childhood allowed for the institutionalised neglect and abuse of thousands of children. Photograph: Julia Dunin

It took me a long time to find the story I was able to tell. For years I carried around the seeds of something different – I had the characters, the setting, the incident that would kick the story off, but I could do nothing with it. I gave it time, poked it and prodded it but it was stale. A dead thing. It was only when I gave that up, turned away from it entirely and wrote something new, something closer to home, that I found my rhythm. I’ll never make that mistake again, try to create something that my head tells me I should write but for which I feel very little.

Writing a novel is hard, but it shouldn’t be hard in that way. What is hard is finding the time, fitting it around a day job and children. It’s hard too to build your confidence in your work when the first 20,000 words are, inevitably, rubbish. But the story itself shouldn’t be hard. The story should be your favourite thing. It should call to you in between making the lunches, doing the school drop, between the pages of other novels.

The first scene of The Ruin came to me whole, fully formed. I saw two children, sitting on the stairs in a decaying hunting lodge in the country, holding hands. Their mother has died. Maude is 15 and Jack is only five. They are alone, it’s getting dark outside, and they are afraid. I knew that Maude loved Jack deeply, that she’d loved and protected him since the day he was born. But I knew too that things were about to reach a crisis point, and her fear was not for herself, but for him, that she might not be able to save him again.

That was all I had, that little shard of something, but it was enough. I knew Maude from top of her head to the bottom of her second-hand boots, and I wanted to write her story because I wanted, desperately, to find out what happened next.

It doesn’t always work that way, of course. Maude may have come easily but other characters had to be dragged, kicking and screaming onto the stage. That’s the way it is sometimes, and it’s one of the reasons that writing can be so deeply rewarding. There are the easy joys and then there are the elements that ask you to stretch further, to dig deeper, to feel emotions that aren’t easy to feel and to define ideas that began as the merest suggestion of a sketch in your mind. The satisfaction that comes with winning those battles is lasting.

The most quoted advice to writers is to write what you know, which is, of course, largely nonsense. What thin things our stories would be if writers followed that advice

The most quoted advice to writers is to write what you know, which is, of course, largely nonsense. What thin things our stories would be if writers followed that advice. It is true, though, that we feed something of ourselves into our stories. I was born in Cork in 1976 and lived in Ireland until 2011, when the repercussions of the GFC (global financial crisis) briskly ushered us towards emigration. I am, despite my expat status, Irish to the soles of my shoes. I didn’t set out to write a crime novel. I set out to write an Irish crime novel, and the story is formed by the economic and social context in which it is set.

I had a happy childhood, with loving, hard-working parents and lots of siblings. I grew up with a great love of my country, and great pride in my nationality. That pride suffered some foundation-cracking knocks over the years since, as it did I think for many people. After all, the same country that gave me a happy, stable childhood allowed for the institutionalised neglect and abuse of thousands of children over many decades.

I grew up at the tail-end of the old Ireland. When I was a child, people still threatened their children with industrial schools: “If you don’t behave yourself you’ll be sent to the Brothers.” Then later, when the full truth of those places came out, the dreadful neglect, the horrific abuse that went on there, everyone said they hadn’t known, that nobody had known what was really going on. You have to accept that, you certainly want to believe that people couldn’t have knowingly let that go on behind those walls. But then you remember the bogey-man industrial school threats, and you wonder. So those thoughts, that wondering, the trying to understand, all of that made its way into the book to some degree. The questions I’ve been left with are questions that my detective protagonist, Cormac Reilly, must face too.

Cormac returns to small-town Galway after stepping down from his high-ranking Dublin job to support his partner’s career. When a body surfaces in the icy River Corrib he is plunged back into a cold case that has haunted him for 20 years – the death of a mother of two small children. What links the two deaths, two decades apart? On his return to Galway he is forced to re-examine his old case, but more than that, forced to look behind the shadows, behind the half-hidden suggestions and search out the truths that he had never heard spoken but which a thousand half-formed sentences had suggested.

Reilly is unusual for a fictional police detective in that he’s not a hard-drinking, hard-living emotional illiterate with three failed marriages in his past. He’s a decent person. Not perfect, but he’s in a strong relationship. I didn’t consciously set out to write him in this way, but I did set out to create a character I could like and admire, and the truth is that most of the men I know are like that – they go to work, and pull their weight at home, and generally do their best with what life gives them.

More than anything else I just wanted to write a really good story, a novel with characters that you find yourself thinking about months later, because they feel real, and like they matter. I wanted very much to write a book about people who are essentially good, doing their best in a bad situation. It seems more hopeful that way.
Dervla McTiernan is the author of The Ruin (Sphere)