Why is Irish literature thriving? Because its writers and publishers take risks

Whether from Sally Rooney or Edna O’Brien, experimentalism has never frightened Irish readers 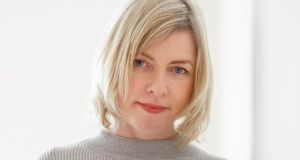 Much has been written about the boom in Irish writing, buoyed by the apparently ceaseless tide of new voices: not a smattering of talent making a splash but waves and waves of writers, going beyond much repeated names such as Sally Rooney and Eimear McBride to the equally talented and ambitious Mike McCormack, Sara Baume, Colin Barrett, Anakana Schofield, Gavin Corbett and Lisa McInerney.

Now there’s more. Having been an all-American affair in 2018, this year the shortlist for the Sunday Times Audible Short Story Award – the world’s richest short-story prize, at £30,000, or about €32,500 – is dominated by the Irish: Kevin Barry, winner of the award in 2012 and just longlisted for this year’s Booker; Danielle McLaughlin, from the Republic; and Louise Kennedy, from Northern Ireland. Joining them on the shortlist are Joe Dunthorne (Welsh), Paul Dalla Rosa, based in Melbourne, and Emma Cline, the sole representative of the United States.

But the notion of “new” voices, although much beloved of publishers and literary journalists, does not tell the whole truth. McCormack, for instance, whose 2016 novel, Solar Bones, won both the Goldsmiths Prize, which celebrates innovation in the form, and the Dublin International Literary Award, is in his 50s. The novel, a ghost story written in a single sentence, is his fifth book and struggled to find a home until it landed on the desks of the brilliant and fearless independent publisher Tramp. “I couldn’t give my work away, to be honest with you,” McCormack said in 2017. “No one wanted to know.”

The crash perhaps aligned particularly well with a  preoccupation of Irish writers: the way that fracture – social, economic, personal – can be built into the language we use

Anna Burns, now 57, whose dystopian exploration of the Troubles, Milkman, won last year’s Booker, famously declared she would have to inform social services that she was no longer in need of benefits. Similarly, it took McBride nine years to find a publisher for the multi-award-winning A Girl Is a Half-Formed Thing – and once again it was a tiny publisher, Galley Beggar Press, based in Norwich, which took the gamble. (Galley Beggar, incidentally, is also responsible for one of the most unusual books to have captured the imagination of this year’s Booker panel: Lucy Ellmann’s Ducks, Newburyport runs to more than 1,000 pages but takes only eight sentences to do so. Imagine what Jacob Rees-Mogg and his full-stop obsession would make of that.)

How is this happening? Some credit the financial crash and its particularly harsh impact on an Ireland still bedazzled by the notion of a Celtic Tiger for the creative explosion – although many writers of the previous generation or two might disagree with such a one-note explanation. And despite changes in setting and subject matter, there is a continuity between writers such as Sebastian Barry, Anne Enright and Colm Tóibín and those who have come to prominence more recently.

But the crash perhaps aligned particularly well with one of the recurrent preoccupations of Irish writers: the way that fracture – social, economic, personal – can be built into the language we use. When I moved to Ireland, just over a year ago, I wrote of glorying in hearing people talk, and was ticked off online for painting the Irish as charming country-dwellers who greeted me with a “Top of the morning” every day. But it wasn’t that, honestly. It was more that day-to-day conversation seemed to be more vivid and unexpected than I was used to. An electrician arrived in the middle of a kitchen renovation and inspected the chaos. “You are all asunder,” he said to me, gravely.

Ireland has a more relaxed approach to genre, a less divisive bracketing of ‘posh’ and commercial writers, and less policing of the boundaries between fiction, nonfiction and other art forms

Irish writing has never shied from experimentalism, and nor have readers been frightened off by it. There is, in general, a far more relaxed approach to genre, a less divisive bracketing of “posh” and commercial writers, and less policing of the boundaries between fiction, nonfiction and other art forms. By way of example, at the weekend I’ll be chairing a discussion between the writer Sinéad Gleeson, author of the exceptional essay collection Constellations, and the musician Lisa Hannigan.

It’s easy to have rose-tinted spectacles when you’re essentially still a tourist somewhere. (“You’ll always be a blow-in,” as someone told me in the pub the other night, in a far kindlier tone than the statement suggests.) The slow opening up of “literature” to writers of colour and to those of different class backgrounds is happening in Britain too: see, for example, a novel such as Guy Gunaratne’s polyphonous In Our Mad and Furious City, or the crowdfunded anthology of working-class writers Common People, edited by Kit de Waal (herself half-Irish and a judge on this year’s Sunday Times short-story award).

But, Pollyanna or not, there is something joyous and life-affirming in the Irish writing scene, whether it comes courtesy of a complete newcomer or not, as I’m about to discover from a proof of the new novel by the 88-year-old Edna O’Brien, not only still writing but also still exploring. Girl tells the story of a child captured by Boko Haram; as far away, one might think, from those country girls she wrote about in 1960. Will it take risks? Hard to imagine her doing it any other way. – Guardian

You can read extracts from the shortlisted books by Kevin Barry, Danielle McLaughlin and Louise Kennedy here