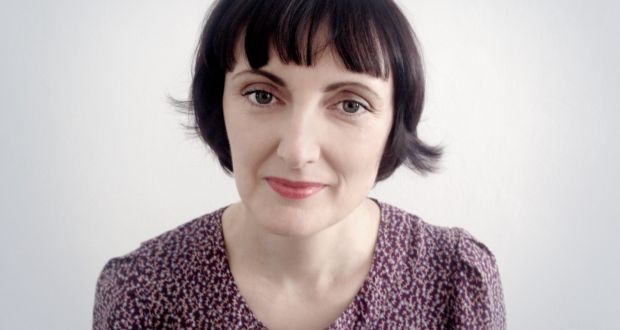 When Sinéad Gleeson was diagnosed with aggressive Acute Promyelocytic Leukaemia at the age of 28, the outlook was bleak. Asking the nurse to tell her parents, she “readied” herself in her bed, “waiting for them to appear around the curtain . . . Amid all the wrongness of that moment, I knew something was required of me.” Gleeson doesn’t remember “but my mother told me years later that I looked into her face and said, ‘I’m not going to die. I’m going to write a book.’” Constellations is that book, a collection of hard-won, highly-wrought, fiercely dazzling essays about life in one woman’s body.

The body is an afterthought. We don’t stop to think of how the heart beats its steady rhythm; or watch our metatarsals fan out with every step. Unless it’s involved in pleasure or pain, we pay this moving mass of vessel, blood and bone no mind. The lungs inflate, muscles contract, and there is no reason to assume they won’t keep on doing so.

So begins Blue Hills and Chalk Bones which tells the story of Gleeson’s first “corporeal blip” at age 13 when the synovial fluid in her left hip “began to evaporate like rain”. The bones “ground together, literally turning to dust”. Doctors tried everything – traction, surgery, biopsies, aspiration were used before she was eventually diagnosed with monarticular arthritis. Years of hospitals, surgery and missing school followed.

Doctors were reluctant to perform arthrodesis but as Gleeson’s bones deteriorated, it was deemed necessary, just two weeks after a hopeful school trip to Lourdes. Arthrodesis is only performed on horses today, “a last resort for pain relief, and involves fusing the ball-and-socket joint of the hip together using metal plates and screws.” While her bones knitted, Gleeson was encased in a hip spica cast that extended from her chest to her toes. The most haunting and maddening scene in the whole book occurs when a doctor takes a cast saw to the hip spica:

Blade meets skin . . . the pain feels like a scald, of heat spreading. I explain this to the orthopaedic doctor – this man I’ve never met – and he does that thing I’m used to male doctors doing: he tells me I’m overreacting. A rotating blade is slicing into my flesh, but I need to calm down. The room fills up with screaming . . . When my mother starts to cry, he demands that she leave the room. The blade cuts and cuts . . . and this man urges it on, like a horse in a race.

Eventually he gave up and the plaster was removed the following day in an operating theatre, “there is old skin and new scars now: open, jagged lacerations . . .”

When Gleeson was checked for scoliosis, she was asked to wear a swimsuit and cried with mortification throughout the scan, “ . . . the doctor, growing impatient, threw a towel over my lower body. ‘There, is that better?’ It wasn’t, of course. I was a self-conscious girl being humiliated for her shame.” Powerless in the face of instructions and terrifying procedures, Gleeson learned that “the patient is never in charge. The kingdom of the sick is not a democracy. And every orthopaedic doctor who examined me during those years was male.”

The sheer unfairness of the patriarchy is a theme that recurs throughout the book and especially in Twelve Stories of Bodily Autonomy (for the 12 women a day who left) originally published just before the repeal of the Eighth Amendment:

No matter what or how you write about the female body – from reproduction to sexuality, illness to motherhood – it is politicised. Women are reduced to the physical: to make it easier to disregard them. To decide, rule and legislate for them. But things are changing.

Things are changing, thanks to tireless campaigners like Gleeson. These essays are political and they tell of how a life can be saved several times and lived to the full, despite great pain, despite great obstacles. Perhaps this is because the isolation of illness can ignite the imagination or as Gleeson puts it – when she talks of how Frida Kahlo took refuge in painting after her accident – “Immobility is gasoline for the imagination”.

The essays are varied in form, breaking the boundaries between prose and poetry, using the white space of the page to experiment with free verse as in A Non-Letter to My Daughter and Where Does it Hurt? or the tight aphoristic series of prose poems that make up Panopticon: Hospital Visions. Here Gleeson’s wonderful sense of place and highly visual style turn a well-trodden familiar place into something visionary and true. Here again is the stunning painterly use of the colour blue – which drenched the first essay with its “banks of azure and periwinkle”– in the “Yves Klein blue” pleated dark blue curtains of the cardiac ward.

The other colour that almost matches blue’s intensity is thered of the blood which flows through every essay explicitly or implicitly and especially in the masterly 60,000 Miles of Blood which describes that magical potion in all its manifestations. Like each essay in the book, 60,000 Miles of Blood is represented by a particular constellation. Here it is crater – a latinisation of the Greek krater, a cup used to water down wine, reflecting the rich Catholic imagery that threads through many of these essays, “Until me, there was a deeply embedded Catholicism in my family . . .”

There is something very reassuring about Gleeson’s honest agnosticism. When Gleeson’s children ask about heaven she says that she has “no knowledge of a place I don’t believe in. Instead, I talk about the night sky, swapping theology for astronomy. I present them with stars in place of Stations of the Cross. On my phone, there’s a star app, which we point at the sky in search of planets and celestial bodies . . . The stars will be here long after all of us, I tell them, wherever we may go. I cannot speak for heaven.” Something tells me that Constellations will be here a long time too.

Martina Evans is a poet and novelist. Her latest collection, Now We Can Talk Openly About Men is published by Carcanet