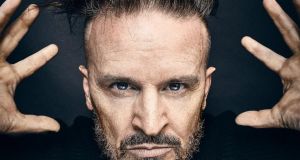 Colin Broderick somewhat romanticises his self-destructive tendencies and their link with his Irish past.

“Exile”, wrote John Dalberg-Acton in 1862, “is the nursery of nationality”. Emigration tends to stimulate a heightened awareness of cultural identity, and frequently gives rise to a strong sense of nationalism. This sense of connection is usually embedded in specific cultural narratives about home and the reasons why people left, which often become entrenched down generations.

By this token, one might also claim that exile is the marketplace of nationality. Because of the affective power and longevity of stories about origins and belonging, cultural identity can be turned into a product and marketed as authentic to people dreaming of the Elsewhere from the tales they grew up with.

Irish America is of course a prime example of this, as is also suggested by several of the essays in The Writing Irish of New York, a beautiful new anthology edited by Irish-American writer Colin Broderick.

As historian David Noel Doyle stated, after the Great Famine Irish immigrants in the US developed “a peculiar subculture around the familiarities of the neighbourhood, the saloon, and the parish”. Generally rooted in a romanticised image of a pastoral idyll spoiled by British oppression, memories of “home” inspired Irish Americans to rally in support of militant Irish nationalism.

More mundanely, such Irishness became the basis for a massive cultural industry flogging Irishness as an instantly recognisable international brand, a Guinness-soaked mixture of leprechauns, shamrocks, windswept thatched cottages, and “Kiss Me I’m Irish” T-shirts. In this sense, what many see as Irishness – and what the Irish tourist industry and indeed the Irish Government happily hawk as such – is hardly the lived reality of the country’s inhabitants.

Most contributors in Broderick’s The Writing Irish of New York – Irish- and American-born inhabitants of New York city – explore the question of what Irishness means for them as writers. As these essays suggest, this is not without complications. As Dubliner Kevin Holohan grumbles in his thought-provoking piece, “[T]he pressure to mistake mythologising, public relations, and branding for identity can be very discouraging.” Yet an Irish profile can be a major selling point.

The collection features 22 short personal essays, a poem by former US Poet Laureate Billy Collins, and brief sketches by Broderick himself of the careers of Irish and Irish-American writers with a strong NYC connection, such as Maeve Brennan, Frank McCourt, Frank O’Hara and Oscar Wilde. Though the balance is rather skewed towards male writers (where are Mary McCarthy and Alice McDermott? How many of these name-dropping authors have women writers among their favourites?), this is on the whole a fascinating anthology for readers interested in contemporary Irish-American writing.

Though some pieces are fairly slight (if all interesting in their own way), some contributions stand out. Colum McCann’s meditations on his early years in the US are customarily well-written, but for me the highlights were some of the more gritty pieces highlighting the question of writerly voice, such as Honor Molloy’s account of her arrival and coming of age in America, or Brian O’Sullivan’s sardonic memoir, written in expletive-rich Irish vernacular. Also great is Mary Pat Kelly’s chapter, about her unlikely time as a novice in a Chicago convent studying and corresponding with Martin Scorsese.

This preoccupation with voice and identity – what makes a writer Irish-American? – is also Broderick’s main concern. In his introduction to the volume, the editor, based in the US since 1988, suggests that he can lay claim to Irishness “because I can construct a believable story around my Irishness”. Writing in this sense produces identity, a process that for him developed across two volumes of memoir.

Orangutan, published in 2009, describes Broderick’s time working in construction in New York and San Francisco, a period during which he tried to drink and snort himself to death but also sought to invent himself as a writer. That’s That (2013) traces his issues with alcoholism and trauma to his Catholic childhood in Co Tyrone during the Troubles.

Broderick is a fine writer and keen observer, and his life provides ample material for seven hundred pages’ worth of action and introspection. But it is obvious that these books were written primarily for an American market. Broderick somewhat romanticises his self-destructive tendencies and their link with his Irish past in an Angela’s Ashes sort of way. He is not just any old drunk; he is an echt old-world Irish drunk.

This writerly persona is clearly inspired by the masculine performativity of blokey writers like Bukowski and Hemingway. It mostly suits the material, but at times this self-consciously literary posture grates and feels outmoded, not helped by Broderick’s penchant for the slickness of serendipity and Joycean epiphany.

On a more critical note, Broderick’s work contains historical errors. The Writing Irish of New York is at times poorly copy-edited, misdating the first Irish American novel (1817, not 1877) and the Easter Rising (April 1916, not March). That’s That begins with a standard-issue republican history of Ireland with major exaggerations and errors. It is suggested, for instance, that the 1798 rebellion was an exclusively Catholic affair, which it certainly wasn’t. And retaining the food exported during the Famine definitely wouldn’t have ended starvation. But the republican version of Irish history sells well in the US.

All three of these highly interesting books ask the question what Irishness means, and show that the answer can never be definitive. This is not, at heart, a matter of authenticity. Rather, it underscores the extent to which cultural identities, including all iterations of Irishness, are always constructs within specific sociohistorical contexts, and thus by definition mutable.

Christopher Cusack is an academic and writer. He is currently researching Irish-American and German-American identities during the first World War