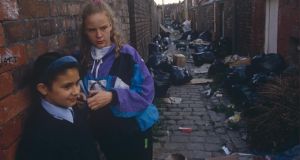 Many of these writers point out that not nearly enough has changed for people without significant means since the second World War.

There is a very moving section in Richard Hoggart’s The Uses of Literacy (1957). Hoggart, a working-class grammar school boy from Hunslet in Leeds, became the first person in his area to go to university. His family, neighbours and school friends were delighted that he was escaping from the life of mundane drudgery that would be their experience of work, even though they thought that what he was planning to study, English literature, was a waste of time. The young Hoggart felt conflicted: he wanted to read and learn, not get ahead. He was profoundly moved by the generosity of spirit of his community, and equally saddened that he would now be cut off from them. It was also hard for him to accept that what he thought was so invigorating and life-affirming – literature – appeared to be as much a problem as a solution.

The incident neatly encapsulates so much of what is represented in this fascinating and timely anthology, which mixes new and established names, aiming to help those who do not have ready access to publication. Common People contains 33 short essays, poems, memoirs and stories by a variety of British and Irish working-class writers. As many writers point out, not nearly enough has changed for people without significant means since the second World War. A far smaller percentage of the British and Irish population work in manufacturing industry or as rural labourers (it is important not to leave out the countryside and the editor is careful to avoid this common error) than used to be the case, and far more work in the digital technology and service industries. But many of the class structures that were in place in the 1950s still operate, even though gaining a place at university is not the personal sea change now that it was for Richard Hoggart.

As the anthology demonstrates, it is the assumption of class superiority that particularly grates and a number of contributors bristle when they remember being dismissed as “chippy”, bearing the grudge of their class origins, as though it was an easy matter to accept that others have greater opportunities because they come from a higher social strata. Equally prevalent is a sad lament for those who were never actually able to make use of the talents they had due to a bewildering array of forces: principally, apathy, class loyalty and fear. Daljit Nagra writes a wounded lament for his old friend, Steve, who, although the brightest in his class, accepted a modest life of lower management when he could have had a lot more. As Louise Doughty points out, there may be more rather than fewer Steves now that there is probably less chance that burning ambition and a significant work ethic are likely to be rewarded.

The most enjoyable pieces in the volume are probably the most unusual. The Galway writer Lisa McInerney opens the collection with a funny and astute reflection on the slippery nature of class definition, distinguishing between origins, aesthetics and achievement concluding that “All a working-class person needs to become middle class is to be good at something”, a means of diminishing their success and deflecting middle-class unease. I enjoyed Katy Massey’s fierce pride in her mother’s achievements as madam of a brothel in Leeds in the 1980s, the entrepreneur being an admirer of Margaret Thatcher and Cynthia Payne. The establishment was called Aristotle’s, and the author worked there until Yorkshire Police closed it down after a raid. Her mother’s employees, sensible, underprivileged working women, proved inspirational and a means of helping her negotiate the complicated transition to adulthood.

In Stalin on the Mantelpiece, Ruth Behan revisits her childhood experiences as the daughter of a socialist trade union activist. Fiercely proud of her father, who was good at strikes because he “was not a Bourgeois Intellectual”, she has a nice eye for detail as she tells the story of her family’s growing realisation that the Soviet Union was not quite what they hoped it was. Her father keeps his statue of Trotsky, earns money by writing and buys the family a dog. In her recollection of her times going “flapping” (unlicensed greyhound racing), Louise Powell demonstrates a neat turn of phrase at the expense of overrated and unsuccessful beasts: “King Kong’s only rampage came at feeding time; and Diamond Girl showed no sparkle on the track.”

Also interesting is Cathy Rentzenbrink’s recollection of her experiences as a young darts champion, when she triumphed in a male-dominated world, much to the chagrin of many macho opponents. She argues that she actually finds class “to be far more navigable than other bits of [her] identity”, even though she envies the confidence of “posh people”. This is a familiar complaint in the collection: people higher up the social ladder expect certain things to happen for them and have the means to make that come true, which is why they find it so easy to dismiss the “chips on the shoulder” of the aspirational folk beneath them. When it happens for you naturally you do not really need to try.

The lack of working-class people in publishing is a real and urgent problem. As the final essay by Dave O’Brien points out, the publishing industry has a decent gender balance, and atrocious class and racial balances. The publishing industry is one of the most middle-class industries in British society (and I presume Irish society), which surely has an impact on what is published and who reads. But it would be hasty and unfair to lay the blame there for what is clearly a far more deep-seated problem. Perhaps the opening up of universities to far more students will eventually transform the relationship between reading, writing and class; perhaps changes in the nature of publishing will have a similar effect (and it is worth noting that this book is crowd-funded). Or, as many predict, those further up the social ladder will simply adapt and leave things more or less as they are.