What if you lost a child in the street? 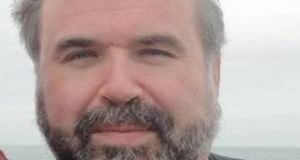 Shane Dunphy: What if that little girl had never been found? What would it have done to my friend?

The seed of an idea from which a book might grow comes in all sorts of ways. And to continue the horticultural metaphor (I’ve started, so I might as well keep it going), books are not like flowers, they’re more like trees: sometimes, it can take years for them to grow.

The seed for my latest book (and my first crime novel), After She Vanished, came to me 25 years ago, when I was a college student, and the idea of writing books was the furthest thing from my mind. Yet somehow the seed took root anyway.

I don’t know how it is for other writers, but for me, these seeds usually take the form of “what ifs”. The one that eventually blossomed into After She Vanished went like this: there was a bloke in my social science class in college named Graeme. Graeme paid his way through his degree by working part-time in a residential home for kids in care – he worked weekends, holidays and covered sick leave.

In our third year, Graeme took one of the kids in the house – a little girl of about six years of age – Christmas shopping. I remember that it was December 8th, the traditional opening day of the Irish yuletide shopping season.

Graeme and his young charge stopped outside the Stephen’s Green Shopping Centre to listen to some carol singers, and, just for a second, the child slipped her hand out of his (he assumed to fix her glove or scratch her nose). When he looked down moments later to check on her, she was gone.

Imagine (and I have no doubt that all of us can) the sheer, undiluted panic of that instant: it is the busiest shopping day of the year in one of the busiest parts of Ireland’s capital city – the streets are thronged with people, densely crowded with shoppers who have converged on Dublin from all over the country. Looking for a small girl would be like trying to find an individual mustard seed in a large package you had just bought from the garden centre.

Graeme was beginning to despair when, to his massive relief, an elderly lady, complete with blue-rinsed hair, came through the crowd, leading the errant child by the hand. She had gotten bored of the singing, and gone to look at some dolls in a nearby window.

I remember Graeme telling me and a few friends the story, and all of us agreeing that it was probably our greatest nightmare – we were all training to be child protection workers, so actually losing one of the kids you were supposed to be keeping from harm was probably the ultimate in negligence and incompetence.

Needless to say, Graeme told us he was incredibly glad to have dodged that particular bullet.

But it got me wondering – what if he hadn’t? What if that little girl had never been found? What would it have done to my friend? What would his life look like with that terrible event looming over it? How would he deal with the crushing guilt? Would it weigh him down as the years went by, eventually crushing him under its pressure?

It was a scenario I often went back to in my head, turning it over in its various permutations: would he keep looking for her, long after everyone else had stopped? Would he be in a crowded place somewhere – maybe a busy street or a shopping mall – and think he saw her among the many faces that filed past? Would he stay in child protection, and use his job to continue the search, probably alienating colleagues and friends alike along the way?

When the thoughts of writing a book did occur to me about 15 years later, it was the first idea that came to mind, but I abandoned it for the book that became Wednesday’s Child, the first of my “misery lit” memoirs about my own time working in child protection – that old advice of “write what you know” won over.

I always intended to come back to it (my initial plan was to write a trilogy of child protection memoirs, but my readers wanted more, and three turned into nine), and it wasn’t until my current publishers tentatively asked me if I had ever considered writing some fiction that the seed (now very much a young sapling) began to spread its branches and sprout some serious foliage.

After She Vanished tells the story of criminologist David Dunnigan, whose niece, Beth, disappears in the circumstances I have just described while shopping with him on December 8th 1998. Before she disappears, Dunnigan is an up-and-coming academic and is excelling as a civilian consultant with the newly formed National Bureau of Criminal Investigation (a real organisation, and the Irish version of the FBI), proving to be a gifted and intuitive investigator.

After Beth vanishes, however, Dunnigan’s life falls asunder, piece by piece: he is alienated from his family, he becomes ineffective and unfocused in his teaching, and he loses all flair and passion for his police work; never the most sociable of men, he becomes a virtual recluse.

The book picks up 18 years after the event, at which point Dunnigan has become suicidal, and tells the story of the job (a missing persons case no one else wants involving some homeless people) that brings him back to the world, gives him a reason to live and even offers him a new family – a family of choice.

The “family of choice” is a concept that has long fascinated me, and if the loss of Beth is the trunk of the metaphorical tree that is After She Vanished, then the family of choice is the canopy its uppermost branches create. Dunnigan finds a strange assortment of friends who, for a variety of reasons, come to see something in him that he has long stopped seeing in himself.

Dunnigan loses Beth, but he finds something else that sustains him.

But of course, perhaps Beth is still out there… after all, there are plenty more seeds of stories floating around in the ether.
After She Vanished by SA Dunphy is published by Hachette Books Ireland, at £12.99