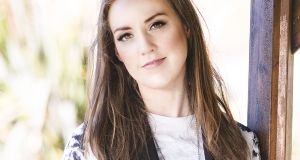 Asking for It author Louise O’Neill’s feminist retelling of The Little Mermaid is to be published by Scholatic next May. A spokesperson for the US publisher said of The Surface Breaks: “Christian Andersen’s dark, original fairy tale is reimagined through a searing feminist lens, with the stunning, scalpel-sharp writing and world building that has won Louise her legions of devoted fans.”

O’Neill’s debut novel, Only Ever Yours, won the Newcomer of the Year at the 2014 Bord Gáis Energy Irish Book Awards, the Children’s Books Ireland Eilís Dillon Award for a First Children’s Book and The Bookseller’s inaugural YA Book Prize 2015. Her second, Asking for It, won various prizes including the Senior Children’s Book of the Year at the 2015 Irish Book Awards. It is being adapted for the stage and television and wil premiere at the Everyman Theatre, Cork, next June, transferring to the Abbey Theatre in November 2018.

The Seamus Heaney HomePlace in Bellaghy, Co Derry, presents two events hosted by poet and Irish Pages editor Chris Agee this Saturday, July 29th. As part of the Illuminations series, which aims to explores the themes and techniques underlying a specific collection, setting the poems in context, Agee introduces Heaney’s tenth collection, Electric Light, at 11.30am. It is sometimes forgotten that aside from being a Nobel Prize-winning poet Heaney was also a masterful critic. To celebrate the launch of Criticism, a new issue of Irish Pages dedicated to the art, Agee explores the role of criticism today with author, critic and TLS reviewer Patricia Craig; Martin Doyle, Books Editor of The Irish Times; and writer and broadcaster William Crawley. In an era in which the internet has democratised criticism, does (and should) the traditional critic still have a role to play? The Uses of Criticism is at 2pm. seamusheaneyhome.com

The Wild Words children’s book festival returns to Carrick on Shannon for its sixth year from August 11th to 13th. Ireland’s leading festival specifically for children aims to create a space for children and their families to celebrate and enjoy literature, to meet authors, and to encourage an interest in creative writing. This year features masterclasses with Kim Hood, Conor Kostick and Deirdre Sullivan; Stories for Toddlers and their parents; a draw-a-long session with Marie Louise Fitzpatrick; and Jane Mitchell reading and discussing her book, A Dangerous Crossing, based on a child refugee’s experience. wildwords.ie

John Toomey’s novel, Slipping, published by Dalkey Archive Press, has won the International Rubery Award for Fiction 2017, the largest prize for independent authors and publishers. The judges described the novel by the Dublin schoolteacher as “compelling reading...The prose is beautiful and the whole thing is a superb tour de force.”

The Irish Film Institute in Dublin screens the Jeff Feuerzeig documentary Author: The JT LeRoy Story on Thursday, August 24th. Laura Albert (aka JT LeRoy) will attend for a post-screening Q&A. LeRoy burst onto the literary scene in the mid-1990s, with gritty, lurid tales of neglectful carers and brutal institutions. Asia Argento adapted LeRoy’s stories into The Heart is Deceitful Above All Things in 2004, before the LeRoy persona came crashing down following a 2005 New York Magazine article. Laura Dern, Diane Kruger and Kristen Stewart are due to star in Justin Kelly’s feature film adaptation of the story.

Poetry Ireland has appointed Jean O’Mahony and Olwen Dawe to its board of directors.

The Shamrock and the Cross: Irish American Novelists Shape American Catholicism (University of Notre Dame Press) by Eileen P Sullivan has won the 2017 Catholic Press Association Book Award, First Place in Immigration. Sullivan traces changes in 19th-century American Catholic culture through a study of Catholic popular literature. Analysing more than 30 novels, Sullivan elucidates the ways in which Irish immigration, which transformed the American Catholic population and its institutions, also changed what it meant to be a Catholic in America.