Understanding Emily Brontë: ‘Stronger than a man, simpler than a child’

The woman behind Wuthering Heights, one of the greatest novels in the English language, was born 200 years ago today 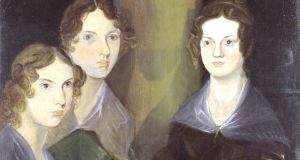 Despite their short lives and relatively limited published output, the Brontë sisters have attracted more critical attention than most other 19th-century writers. Yet, of all of them, Emily, who was born 200 years ago on July 30th, remains an enigma. Biographer John Hewish remarked that her “life and personality are monolithic and tend to be biographer-proof”.

“Stronger than a man, simpler than a child, her nature stood alone,” was her sister Charlotte’s fascinating assessment of her.

Emily Jane Brontë was the fifth of six children of the Rev Patrick Brontë, an Anglican clergyman from Co Down, and Maria Branwell from Penzance. The family moved to Haworth in Yorkshire before she was two and she spent all but two years of her short life there.

She’d spent five months at Cowan Bridge Clergy Daughters’ School aged six when she and Charlotte were withdrawn due to a typhoid epidemic and the rapid decline of their older sisters Maria and Elizabeth. They died within a month of each other in 1825, before Emily was seven.

The three surviving sisters and their brother, Branwell, read avidly the local papers and Blackwood’s Edinburgh Magazine, and created imaginary adventures based on the historical and political events they’d heard or read about. This led to them creating adventures they called “Glass Town” and the “Angria Saga”.

The older Charlotte and Branwell tended to dominate these narratives, which Emily and Anne came to resent, and when Charlotte went to Roe Head school, the younger pair created their own “Gondal” kingdom.

The Gondal Saga, which Emily dominated, has been described as “a world of windswept nature, wild passion, broken alliances, vengeance, imprisonment and death, a world from which Emily could draw sustenance and creative energy”. Its influence on Wuthering Heights and on her poetry is marked.

From 1834 to 1845, she and Anne kept Diary Papers, short annual records of events at the Haworth Parsonage, usually written on their birthdays. Here Emily drew quick sketches of Anne, herself and her pets. Significantly, animals feature as much as humans, especially her beloved dog Keeper; her fine 1838 watercolour of Keeper is in the Diary Papers. It’s noteworthy how little interest she showed in the outside world.

The Brontë sisters needed to earn money and teaching was the main option for educated middle-class women in the limited social circumstances of the time. At 17 she went to Roe Head, where Charlotte was now teaching. She’d always been an avid reader and had lessons from her father and Charlotte but the formal schooling of the time, based on rote learning, had little appeal for her. She pined for the freedom of her beloved moors and was home within three months.

At 20 she began teaching at Law Hill, Halifax. She did well at first, although working horrendously long hours, and seems to have been popular with her pupils, although she’s alleged to have told them her house-dog meant more to her than they did. But eventually her health suffered and she returned home after eight months.

In the early 1840s, the sisters planned to set up their own school and Emily accompanied Charlotte to the Pensionnat Heger in Brussels to study French and German. Her surviving exercises from there show her remarkable progress but also her unorthodox world view and themes that later appeared in Wuthering Heights, such as the destructive powers of nature and her scepticism about civilised life.

She was reclusive in Brussels, having little patience with social niceties. Teaching music, her own playing improved substantially but she left suddenly after a year because a bequest from her Aunt Branwell, who’d died suddenly, to each of the sisters meant a teaching career was no longer immediately urgent for Emily.

While Charlotte and Anne still felt it necessary to continue teaching, Emily settled happily back into a household routine, running the parsonage. Charles Morgan, in Reflections in a Mirror (1944), contended that the domestic routine gave an order to her day like that of a monastery, which meant her imaginative and creative sides could find release elsewhere.

Her religious beliefs are similar to the pantheism of other contemporary Romantic poets but her dismissal of “the thousand creeds/That move men’s hearts” wouldn’t have proved popular with her family. She believed religion was a matter between God and herself.

Her lyrics are essentially dramatic, and display a wonderful musical quality befitting the talented musician that she was

Charlotte had a hard job persuading her to publish some of her poems but in May 1846, Poems appeared, written by Currer, Ellis and Acton Bell, the gender-neutral pen names the sisters chose for themselves. The book sold poorly but whetted the appetite for publication. By this time the sisters had almost completed their first novels and in 1847 Charlotte’s Jane Eyre, Emily’s Wuthering Heights and Anne’s Agnes Grey appeared.

Contemporary critics’ reception of Wuthering Heights was largely hostile but they got it badly wrong. It’s one of the greatest novels in English and has proved enduringly popular for the past 170 years. Shakespearean in its dramatic scope and power, its complex narrative structure with multiple narrators and perspectives, its ability to create memorable characters, the astonishing breadth of its imagery and descriptive passages, its skilful use of dialect and so much more show Emily’s brilliance as a writer.

Her poetry is not as well known but deserves to be as she was one of the foremost women poets of the 19th century. Her lyrics are essentially dramatic, and display a wonderful musical quality befitting the talented musician that she was. They also show her extraordinary strength of character.

One of her finest poems begins: “Riches I hold in light esteem/ And love I laugh to scorn,/ And lust of fame was but a dream/ That vanished with the morn.” She then issues the plea: “Leave the heart that now I bear/ And give me liberty” and ends: “Yes, as my swift days near their goal,/ ‘Tis all that I implore:/ Through life and death, a chainless soul/ With courage to endure!”

One of her last poems begins with the declaration: “No coward soul is mine,/ No trembler in the world’s storm-troubled sphere”, and finishes with the assertion: “Since thou art being and breath/ And what thou art can never be destroyed.”

Emily Brontë died from pulmonary TB in December 1848 at the young age of 30, dying, as she had lived, with her customary courage.