Beasts at Bedtime: Revealing the environmental wisdom of children’s literature 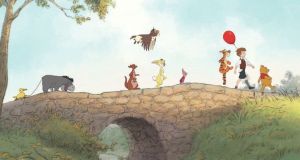 Beginning with a relatively simple proposition - that imaginative literature can stimulate a love of the natural world and a sense of environmental stewardship in children - Liam Heneghan’s Beasts at Bedtime combines a reflective passion for nature, and a close naturalist’s eye, with a genuine and gentle wisdom. It works from the premise that “humans, in all their mystifying achievement and their mystifying failure, are environmental beings”, and is less an academic title than a heartfelt gift and plea to those raising children, written from one parent to another.

Some chapters of Beasts at Bedtime, such as On the Mallard and The Why and What of Islands, are philosophical reflections on the ways by which we live in the world, whereas others focus on exploring literary works more closely. The book is informed by eco-theory throughout, but always maintains a lightness of touch, and is never saddled by over-formality. Its aim, as Heneghan himself writes early on, is “to reveal just how ecologically sophisticated such stories can be, with a view to helping you become a better steward of your child’s environment and, by extension, ethical education”.

Heneghan is a zoologist - an animal biologist - by training, not a specialist in children’s literature, though Beasts at Bedtime never makes a claim to review the extensive scholarship on the subject. Rather, Heneghan offers a book written by “an environmental biologist inclining toward stories”, “a parent writing for others with an interest in the environmental sensibilities in kids.”

It ranges from the staples of children’s literature (Peter Rabbit, Winnie the Pooh, Hans Christian Andersen, the Brothers Grimm), through Maurice Sendak’s 1963 Where the Wild Things Are and the works of J RR Tolkien - who famously wrote that “in all my works I take the part of trees as against all of their enemies” - and concludes with the modern sagas of JK Rowling’s Harry Potter and Suzanne Collins’s dystopian Hunger Games. Heneghan also examines the particular Irish ecologies of his youth, exploring the works of the prolific Cork-born writer L T Meade (who is currently undergoing a critical reappraisal), the Irish fairy tales of James Stephens, and the epic world of the Táin Bó Cúailnge.

Central to Heneghan’s book is the idea that, “since a person’s attunement toward nature is most often determined by youthful encounters with place, that which is most delightful to us in nature as adults is that which we remember from our youth. Thus, the landscapes of our adulthood, whether we have moved 300 miles or 3,000, tend to remain somewhat unfamiliar to us and, as a consequence, difficult to understand, much less to love.” In rather a romantic way, Heneghan suggests that the world of the child is one of a much purer communion with the natural world, and he seeks a critical language to define this shift into an adult experience of environment.

Beasts at Bedtime ends with a call to parents to surround their children with nature, to encourage their attachment to animals and plants. Of course, for many this is easier said than done, and the book could be criticised for its lack of attention to the specific difficulties faced by those raising children in urban environments, or those without the leisure time and money to devote to excursions to national parks or “wild” places. That said, the experience of nature is wide-ranging, and urban nature itself can be captivating and mysterious.

Following the environmental philosopher Glenn Albrecht, who argues that our vocabulary is currently inadequate to describe our “psychoterratic” states - or “how the state of the Earth relates to our state of mind” - Heneghan coins his own word to discuss the link between aging and our connection to the natural world around us. For Albrecht, “topophilia” (“a love of place”) finds its contrary in “solastalia” (“the desolate feeling associated with the chronic decline of a homescape”). Heneghan proposes an addition to this vocabulary - the word “toponesia”, combining the Greek topos (place) and amnesia (loss of memory) to evoke the loss of connection with place that we experience as we grow older.

Implicit in Heneghan’s work is the way in which adults too can reconnect with the natural world through their exploration of it with their children. As Christopher Milne, son of Winne the Pooh author A A Milne and the basis for the character of Christopher Robin, wrote in his memoir, “My father, who had derived such happiness from his childhood, found in me the companion with whom he could return there”.