The Poem by Don Paterson: By turns dotty, unreadable, ingenious

Review: At its best when it drops the theorising and gets into the nitty gritty of poetry 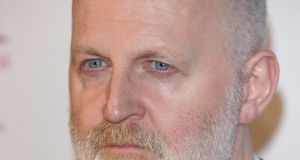 Even for poets – perhaps especially for poets – the act of poetry remains a mystery. Or an enigma, to use Paterson’s preferred term. Human nature being what it is, poets have always attempted to eat their own faces and get to the bottom of it. Homer and his contemporaries came up with the Muses, and his successors have looked for solutions to the enigma in the prevailing thought clouds of their times, from Dante (theology) to Coleridge (German philosophy), Yeats (mysticism) and Robert Graves (mythology). Don Paterson, like many contemporary poets (and I cannot exclude myself here) has a weakness for highfalutin linguistic theory, with a bit of cognitive science thrown in, and it is here that he seeks, over the course of more than 700 pages, if not a solution then at least some useful insights into the enigma.

The title needs to be qualified. A scan of the index reveals no Baudelaire, no Rilke, no Vallejo – “The Poem” here is the English poem. More: no Pound (Paterson confesses to being allergic to self-proclaimed geniuses), only later, gone-native Eliot, no Wallace Stevens, no Ted Hughes, only a little Geoffrey Hill (who seems to haunt the book and turns up at the end like the uninvited wicked uncle at a wedding), but plenty of Frost, Dickinson and Heaney. The Poem, for Paterson, is a very particular kind of poem – ideally, a sonnet.

The reasons for this soon become clear. Paterson is at pains to point out that “for better or worse, this is a treatise, not a primer”, and one of its key elements is an argument for the centrality of metre (which predates language). To subject a poem in a foreign language to the kind of detailed and exhaustive analysis found here would be practically impossible, and perhaps undesirable. He is uncomfortable when dealing with the prose poem, even though some of the greatest poetry in the French language is written in that form, and equally uncomfortable with poetic movements such as symbolism and surrealism. Further evidence, if needed, of how little impact romanticism and its continuation by other means, modernism, has made upon this particular native strain in English poetry. Paterson even disapproves of the troubadours, and seems to have a deep nostalgia for the metrical certainties of Anglo-Saxon.

The first two essays on ‘Lyric’ and ‘Sign’, take us on an exhilarating tour of Jakobson, Lakoff, Pinker and all the rest. Along the way there are some astonishing insights, but it’s hard to pin down what level this text should be read on, as Paterson is partial to some tricksy postmodern slipperiness. At one point he writes: “Nonetheless, the reader should be warned that the next fifty or so pages wander deep into a jagged and gloomy thicket, one I suggest they spare themselves.”

So what is he saying about the poem? Certainly, there are stimulating, erudite discussions of the nature of poetry: “Ideally, poetry is radical thought expressed in appropriately radical language.” But in the next sentence he claims: “It often finds this language directly through the attractions of an inflexible metrical frame.” It could be argued that it just as often finds its language without that frame, or rather, outside that frame. In his introduction to his long, detailed essay on metre, he says: “Poetry is just speech placed under a spatiotemporal constraint, behind which act lies an emotional impulse: to say something which will maximise language’s power and density.” However, this maximised combining of constraint and impulse will not necessarily produce poetry. Verse, yes, but how does verse become poetry? Inspiration is a word you will rarely encounter in these 700 pages.

Paterson is at his best when he stops being the moonlighting theoretician and gets down to the nitty-gritty of writing, editing and teaching poetry. The footnotes and endnotes are crammed with insight, bad-tempered gossip and anecdote. In one footnote he argues persuasively that God speaks with a Dundee accent – something I had long suspected. Writing as an editor he reveals: “Publication is primarily an exercise in shame.” And all poets will experience a shock of recognition – either painful or complacent – when they read: “I can think of at least one occasion where a poetry prize was awarded to a book no one on the panel had read, simply on the basis that its author was ‘a major figure’.” Then there is the story of how he berated a student for describing three mojitos as being lined up “like a row of shots”. The student stubbornly defends his bad metaphor on the basis “but they were”, and Paterson realises he would have accepted it if it had been written by John Ashbery.

The Poem in some ways resembles The White Goddess and the Biographia Literaria, works both suspiciously absent from the index. Like them it is an intimidatingly exhaustive virtuoso performance, at times unreadable, at times simply dotty, often entertaining and occasionally pointing to intuitively indisputable absolutes about the nature of poetry.