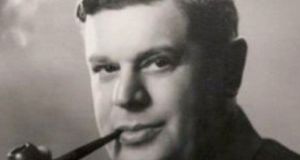 An image of ‘Brian Bilston’

Diary of a Somebody

Brian Bilston has earned the title of Twitter’s unofficial poet laureate and Diary of a Somebody is his first novel. Part murder mystery, part romance, part existential crisis, the novel unfolds through a series of diary entries over the course of a single year, sprinkled with a selection of poems. Brian’s voice is utterly believable, always relatable and gently compelling as he negotiates a chaotic suburban existence. Bilston has drawn comparisons to such stalwarts of the English comic novel tradition as Sue Townsend, Helen Fielding and David Nobbs, and even the casual reader will see why. His debut sparkles with perceptive wit and intelligent humour and is suffused with a genuine warmth that will engage even the most jaded of readers. Becky Long

The Map of Bihar and Other Stories

The settings for these stories move from Scotland to northern England to India. They all hold the attention and some of them stand out. Internet Explorer is a really good story about a multiracial beginners’ computer class and, unlike most of the other stories, has a happy ending. Veil is a powerfully imaginative story, narrated by a work of art of a nude female; it’s displayed at a council office and the reactions it evokes reveal some of the unhealthy attitudes of our times. The title story is mainly about an arranged Indian marriage but the map in question has little to do with geography; it’s a blackly humorous, somewhat shocking story. Private Passions is set in a building in a Scottish town where an Indian couple run a shop on the ground floor and couples in various states of unhappiness occupy the upper floors. The link between the shop and the sudden death of an elderly racist tenant is established by the deft ending. Strong characterisation, various shades of humour and especially the skilful and unexpected endings make this an impressive debut collection. Brian Maye