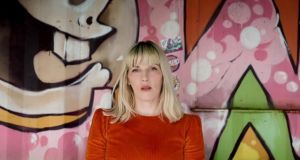 The Irish Spanish Latin American Festival will run on October 17th and 18th at the Instituto Cervantes and other venues in Dublin. Fourteen writers and artists from different countries and creative fields will take part in its eighth year, evoking different artistic landscapes through the dialogues of a filmmaker and a neuroscientist, a photographer and a poet, a storyteller and a comic artist, and a journalist and a non-fiction writer, to name just a few of the surprises contained in this year’s festival.

ISLA will screen music documentary Love and Death. The Story of Enrique Granados at Trinity Biomedical Sciences Institute. The screening will be followed by a panel discussion with director Arantxa Aguirre and neuroscience professor and dancer Ana Belén López and chaired by Spanish professor and singer Katerina García. The main festival events will include a panel discussion, interlinked interviews, two workshops (autofiction comic books and dance) and a multidisciplinar show about the musicality in Lorca’s works.

ISLA is a bridge between English and Spanish language too, where participants are encouraged to use their mother tongue to result in more genuine interactions. In its approach to particular topics, the festival builds a programme in which every event is linked to the next and complement each other, to create a festival experience.

All events are free of charge with the exception of “Loco por Lorca”. The Autofiction Comics workshop will be in English, requires booking in advance and will be presented by Debbie Jenkinson (The Comics Lab). Free admission to all screenings (including the opening event film) which will be in Spanish with English subtitles. Simultaneous interpreting available throughout the festival into English and Spanish.

New crime fiction: Shot in the arm for the hackneyed serial killer yarn
2