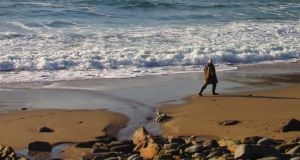 The late, great Mick Lally, interviewed on The Late Late Show by Gay Byrne, was once asked to explain his acting technique. There was a pause in which Lally’s eyebrows became eloquent, agonised knots. Then he shrugged and said “I don’t know. I just do it.”

Most authors will recognise the need for that brave, unexamined leap but, unlike actors, our creative process includes a copy edit, the final review before publication that drills deep into narrative and dialogue, analysing meaning and intent.

Copy edit queries are specific. On page 26, did I mean envious or jealous? If hogweed is flowering in chapter two and swifts are nesting three chapters later, am I happy with the timespan that implies? Should crack be craic when Fury O’Shea, who worked on 1970s London building sites, argues with Brian, an architect half his age? On page 50, paragraph 3, the pharmacist says “bicarb”: in Mary Casey’s response would it not be “bread soda”? Dates are double-checked too, and the text is swept for contradictions. And, inevitably, there’s the question of punctuation. (Let’s eat Granny!)

In The Year of Lost and Found, my current novel, the timeframe moves between 2018 and the Civil War that followed Ireland’s War of Independence, while a central strand explores both memory and contradiction. So I expect the copy edit stage of the work to be rigorous.

What I hadn’t expected was to find myself writing in a year when real time seemed to shimmer like a murmuration of starlings, leaving most of us struggling even to keep track of the days of the week. Nor had I imagined that a book could make me feel held in the eye of a storm. Yet that’s what happened.

Each of my books begins by charting its broad narrative, themes and storylines, on a sheet of A3 to hang by my desk. Just as performance emerges through action, stories emerge in their telling, but freefall requires fearlessness so, before taking that leap, I create this structure, supple enough to bend, yet firm enough to give me courage.

Composed of a grid, coloured dots and lots of arrows, the hand-drawn chart becomes increasingly battered as I add and erase notes and, sometimes, paste new squares over old. I’ve always found it a shape within which fluidity can become positive and dynamic but, to my surprise, in the weird months between March and December 2020, it also gave coherent shape to amorphous days spent in lockdown. And now, approaching the copy edit in a new year of uncertainty, I realise that the novel itself has taken on unforeseen relevance.

The Year of Lost and Found arose from two conversations. One was with a friend who feared she could see her mother sliding steadily towards dementia. The other was the discussion – ostensibly public, but inevitably deeply personal – that emerges from any mention of Ireland’s Civil War commemorations.

This book will be the seventh Finfarran novel. Each can be read as a standalone but all centre on Lissbeg library and are linked by their contemporary rural setting. Hanna Casey, the little town’s librarian, has what’s known in Ireland as a difficult mother – an aggressive, meddling, serial texter, who is a joy to write.

But, while she offers endless comedy potential, I could see that, in advancing age, Mary Casey could become a different kind of burden on her family, and that, as memory crumbled, her feisty personality would defy simplistic depiction as a victim. It was an opportunity to explore a situation faced by many who find it frightening and isolating, but, when planning the book, I’d no idea that readers’ experience of Covid-19 would give it extra, immediate resonance.

I knew too that Ireland’s civil war commemorations would be widely discussed this year, giving topicality to a story strand about a local authority’s initiative that goes wrong.

The book’s shifting timeframe allows for changes of perspective, values and sensibilities, and its central narrative linking Hanna, her mother and Maggie, her great aunt who lived through both the Civil War and the War of Independence, foregrounds the place of women in a national conversation which so often is framed by, and focused on, male voices.

What I couldn’t have known was that the physical constraints of Covid would locate much of the nation’s discussion on social media, where nuance, kindness, and even facts, are often lost in what Hanna’s marketing manager daughter refers to as “shouty capitals”.

Recently, the combination of the uncertainties of Brexit and those of a mutant virus have added noticeably to the trolling and shouting. So it seems doubly important to have explored some of the complex, practical, unexamined issues surrounding commemoration, and what it might mean for generations, communities and individuals with differing lives, perspectives and preoccupations – including a new mother, barely out of her teens, whose focus is purely on the here and now.

Though Hanna and her library appear in each Finfarran novel, I’ve never thought of her as their heroine. The books are rooted in family and community, and the minutiae of the everyday. It seems clear to me that life holds neither heroes nor villains, only people looking for love and differently equipped to find their way to it, so my characters carry equal weight and their stories are interwoven in ways which I’m more convinced than ever reflect reality. Because, if Covid has done nothing else, it’s reminded us that in times of crisis each of us depends on all the others, and that heroism can be defined in many different ways.

Acknowledgements and dedications tend to happen at the last moment, like the straightening of an actor’s costume just before the curtain goes up. When I began The Year of Lost and Found in 2019, I had no idea how I’d dedicate it. I’ve discovered the answer this year as I face the copy edit. For the ordinary people in extraordinary times whose stories are seldom told.
The Year of Lost and Found will be published by Hachette Ireland in June