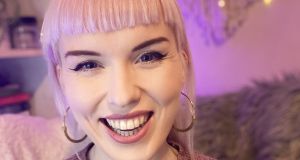 Rachel Ryan: To know that someone came home, tired, after a long day at work, and lost themselves in the pages of Hidden Lies so completely that they left the world behind for a little while – nothing could make me happier.

When I sat down to write my debut novel, Hidden Lies, I knew I wanted to write an absolute page-turner.

I had other, loftier goals too, of course. I wanted to write a psychological thriller with emotional heft, one that packed punches that would stay with the reader long after they turned the final page.

There were parts of the book I found upsetting to write. There were sentences and paragraphs I grappled with for hours and days, wanting to maintain momentum while also doing justice to the characters and their back stories. I wanted to create characters who felt real, flawed and human. I wanted to create an eerie, evocative sense of place: Hidden Lies is set in Dublin in winter, an urban landscape viewed through a Gothic filter.

But my ultimate goal remained to write a book so compulsively readable that a fast reader might devour the whole thing in a single sitting: one airplane journey, or one rainy afternoon spent curled up in an armchair.

There is something singular in the escapism offered by a book that hooks you from the first pages and won’t let go. During the strange year of 2020, as I struggled to adjust to life under the ever-shifting restrictions, I found that my relationship with books shifted too. Reading went from being a pleasure and mental exercise, a joy sprinkled over the top of my life, to a form of essential escapism. Any book that grabbed my attention from the opening pages and held it until the last, that allowed me to spend those in-between hours somewhere other than my room, felt like the greatest find.

I remember unwrapping Ira Levin’s The Boys From Brazil and reading it in about four or five hours, getting out of bed only to make cups of tea, one-handed, unwilling to take my eyes off the page for a minute. It was several months into the pandemic, one of those days that all the fear and anxiety and disappointment of the year piled up on me until I felt like I couldn’t breathe.

Then I picked up that book and began to read, and for the space of those four or five hours it all faded away. I couldn’t feel it. I wasn’t there. I was flying around the world with Levin’s Nazi-hunters, from the jungles of Brazil to the streets of Vienna. I turned the final page and raised my head with a sense of having returned home after an epic adventure.

That total escapism is the experience I strive to construct for my readers. That’s what I’m aiming for every time I write suspense. I want readers to be pulled so deep into the novel that they feel they’re walking the wintery Dublin streets with my protagonist. I want them to stay up until two or three in the morning, muttering to themselves: “Just one more chapter...” Perhaps the highest compliment a reader can give me is that they read Hidden Lies in a single sitting. There’s a power in page-turners.

Of course, my obsession with readability goes far beyond littering a book with clues and cliffhangers. Every sentence matters. If the words don’t flow like water, if the characters don’t feel real and their emotions raw, the immersive reading experience will be broken. I laboured over every line in Hidden Lies, first alone, then with the help of my team of incredible editors, then copy editors, then cold readers. Writing a book really is a collaborative process, and the people behind the scenes don’t get enough credit for the work they do.

The plot of Hidden Lies hinges on a young boy called Cody who has a new imaginary friend, an old lady he calls his “New Granny”. His mother Georgina – stressed, grief-stricken, and frenetic – becomes convinced that the old woman her son speaks of is real. There are many threads running through the novel – mental health, motherhood, marriage, family. At one point during the editing process, worried that all those threads might get tangled into a knot, I put together a document in which I clearly spelled out my intentions for the novel – a guiding star to refer back to when I needed direction.

I open that document now, almost eight months later, as Hidden Lies makes its way to readers around the globe. I look at that list of goals and wonder to what extent I achieved them. One reads: “I want to make vivid that contrast between the wintery Dublin streets and the cosy interior of the redbrick house.” Further down the page, I find the sentence: “I want the story to be visual enough that it might lodge itself in a reader’s brain, that maybe some readers will look back years later and, from a sea of crime books, recall a frost-glittering backdrop and a child emerging from the bushes with a lollipop.” Another simply reads: “I want to make readers feel afraid.”

And the very first sentence, at the top of the page, reads “write a book that could be consumed in one sitting”.

Hidden Lies is finished now, with a glossy cover, and each reader will have their own experience with the book and their own opinion on the extent to which I achieved that goal I so deliberately strove towards. But I believe it’s a valid thing to strive towards. Books that I couldn’t put down have given me such relief and release throughout my life. I want to pay that forward.

I am of the opinion that when a piece of work is finished – when you’ve given it all you have, and done the very best you could, and sent it out into the world – it’s best to divorce yourself somewhat from the outcome and reviews. Some people will like it, some won’t, best not to obsess.

All the same, I’m human, so I have peeked at Goodreads, and, as I’m active on social media, readers often contact me directly. Every time a reader tells me they read the book in a day, or two days, or a few hours, that they found it “unputdownable”, I feel a little burst of pride and achievement.

To know that someone came home, tired, after a long day at work, and lost themselves in the pages of Hidden Lies so completely that they left the world behind for a little while – nothing could make me happier. That’s the experience I want to deliver. Pages that keep turning, a story that carries the reader along, a few hours away from the day-to-day. Escapism. Immersion.

Hidden Lies by Rachel Ryan is published by Piatkus, at £13.99