Taking on the State in court is tough; even tougher if it concerns one’s very citizenship and ability to live here, as Ghandi Mallak discovered in a landmark case 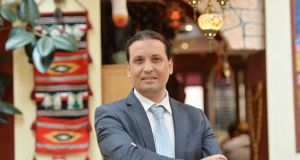 Ghandi Mallak: struck a blow for fairness in public administration and the exercise of State power. Photograph: Alan Betson

Most of us have experienced the frustration that comes with seeking access to a service or making a complaint: the delay, the constant retelling of the same story, the lack of explanation of where to go next. Those frustrations are all the more potent when that service or complaint relates to a public body, and concerns a fundamental right or matter of deep personal importance.

Making sure public bodies act fairly is one of the central functions of our justice system. Decisions taken by public bodies affect all aspects of our lives, in some cases in profoundly important and personal ways. Having an application for a social protection payment refused, being denied a student grant, being negatively affected by a decision on planning permission are all circumstances in which the power of the State can shape our lives. The exercise of that power can leave us vulnerable, confused and enmeshed in a labyrinth of complicated rules, deadlines and uncertainty. The duty of public bodies to act fairly in decision-making is one of the most important principles laid down by our Constitution.

Ensuring public bodies do treat us fairly can, however, be a difficult task and sometimes requires going to court. Challenging decisions in this way can be an extremely long, costly and arduous process. A desire to document the difficulties faced by those challenging the State through the courts and to celebrate the stories of those who have taken cases of major public importance was part of the background leading to the publication of a new book, Legal Cases that Changed Ireland, which I edited with my colleague Prof Ivana Bacik, and which was recently published by Clarus Press. This book contains the stories of some of the individuals who have taken cases which have led to significant social and legal change in Ireland, those of the lawyers who supported them, as well as of non-governmental organisations which use the law as one strategy to achieve long-term progressive change.

One of the litigants who shared his story in the book is Ghandi Mallak. After leaving Syria, Mallak applied for naturalisation here in Ireland. This was refused, and Mallak sought reasons for the refusal, which were not forthcoming. All those who take on the might of the state through the courts face intimidating hurdles; that journey is all the more treacherous when it concerns one’s very citizenship and ability to live in the State, as Mallak discovered. Mallak took action in the courts, arguing that the decision by the then minister for justice, equality and law reform to refuse his application for a certificate of naturalisation was invalid, because, amongst other things, of a failure to give reasons for the decision. In the book, Mallak describes what then ensued as his own personal Waiting for Godot, as he spent years entangled in litigation, with the accompanying worries about cost and personal toll.

The case was eventually decided by the Supreme Court, which gave a judgment of major importance to all elements of public administration and decision-making by public bodies. The judgment held that the rules of natural and constitutional justice required that reasons be provided to Mallak for the refusal of his application.

Without those reasons, it was not possible for Mallak to have a meaningful opportunity to make a new application. Nor was it possible for him find out if he had a basis for applying for judicial review. The lack of reasons also meant the courts could not be effective in exercising their power of judicial review. The requirement that administrative decisions be accompanied by reasons also applied, the court said, if the decision related to something which was entirely within the discretion of the decision-maker.

After further delays, Mallak was finally granted citizenship. While the case was of immense consequence to him personally and to his family, the judgment is of major importance to all of us in Ireland. The case gave rise to a landmark decision with wide-ranging application, imposing, as it does, an obligation on public bodies to give reasons for their decisions.

When dealing with the power of the State, those affected by negative decisions by public bodies face formidable barriers in seeking to obtain justice. While the difficulties posed by the costs of litigation, delays and the distress of taking legal proceedings remain, we have Mallak, and the case to which he gave his name, to thank for one ray of hope. By placing an obligation on public bodies to give reasons for their decisions, the Mallak case struck a blow for fairness in public administration and the exercise of state power. This story, and the others shared in the book help us to understand the personal history behind cases of major social importance, as well as the ability of the justice system, for all its flaws, to protect our rights.