‘The memories that fuelled the conflict were not gone, only buried’ 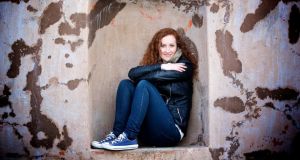 Roisín O’Donnell’s oeuvre features a cross-cultural mix of realistic and magical realist stories that are set across the globe. Born in England to Northern Irish parents, she returned to Derry regularly throughout her upbringing. O’Donnell’s tale Ebenezer’s Memories, from her 2016 collection Wild Quiet (New Island Books), is inspired by these family visits and it merges the actual events of the Troubles with magical realist aspects.

The story consists of a series of flashbacks to Derry in the 1990s, during the narrator Cathy’s childhood. Cathy’s Northern Irish parents eloped to England in order to avoid potential harassment for a “mixed marriage” in their hometown. Although she returns to Derry frequently to visit her grandparents, Cathy grows up unaware of the specifics of the Troubles.

She notes: “until that summer of ’98, I thought Northern Ireland was just something that happened on the TV…The Troubles were confined to the six o’clock news, after which the weather woman would stand with the left shoulder of her suit blocking out the republic. Northern Ireland had nothing to do with Grandad’s house.”

When she grows older, Cathy finally learns more about the conflict after it supposedly comes to an end with the signing of the Good Friday agreement in 1998.

Cathy recalls one Christmas visit to Derry when the children accidentally discover a family secret hidden in the cupboard under the stairs during a game of hide-and-seek. They are especially fond of their grandfather’s storytelling, and he sits them down to explain what they have seen:

“Let me tell yous,” Grandad whispered, “there’s a monster living in that cupboard…and his name is Ebenezer.” “… Ebenezer’s hungry. I’ve to feed him newspapers every day, and other things. What things, Catherine? Scary things, pet. Things we’d rather forget.”

At first, O’Donnell’s tale appears to be a fantastical children’s story because it is framed as such through the mesmeric words of Cathy’s grandfather. However, its darker, magical realist framework becomes apparent when Cathy encounters the monster Ebenezer.

She recalls, “My hand reached for the cupboard door of its own accord while I watched with the helplessness of nightmares.” Cathy experiences a mnemonic transference when she comes into contact with Ebenezer, whose undigested memories emanate from beneath the cupboard door. His hiding place below the stairs metaphorises the location of the unconscious, where suppressed memories are buried.

The images and sounds I witnessed were gnarled and broken things, almost impossible to decipher

The fragmented, magical realist narrative of Ebenezer’s Memories counters the flat, unilinear narratives of Northern Ireland propagated by the news media. Cathy views these unprocessed memories as though they are from “a cinema reel” or “photographs”, two documentary modes which have been used historically to package details of the conflict neatly for the consumer.

The reportorial format of these modes presents a straightforward realism which asserts the verisimilitude of their accounts. However, when they are taken out of sequence or out of history, they become illegible. Cathy states, “The images and sounds I witnessed were gnarled and broken things, almost impossible to decipher.”

O’Donnell’s magical realist tale enacts an imaginative resistance to media narratives of Northern Ireland that dismantles their reportorial accounts and thus, their authority.

Towards the end of the tale, Cathy takes pity on the ailing Ebenezer and lifts the latch on the cupboard door. She recalls, “Poor Ebenezer, it must have been terrible always to be this gassy. One belch and a kneecap shattered. One fart and a petrol bomb exploded across the Foyle. He wanted to leave Grandad’s cupboard and breathe his memories back to their owners.”

The grotesque humour in this passage reflects Cathy’s childlike understanding of the ways in which suppressed traumatic memory manifests corporeally. Ebenezer crosses the River Foyle, which splits the city down the middle, and he goes unnoticed by the residents. However, once he returns their lost memories, the population of Derry experiences a seismic shift. Cathy recounts, “People paused in their tasks. They looked up, each stunned by a painful recollection long since shed. Some looked over their shoulders, suspecting a supernatural presence, not believing that the human mind could, by itself, conjure such nightmares.”

O’Donnell’s magical realist narrative portrays “the supernatural presence” of Ebenezer as a figuration of the living nightmare of the Troubles. She limns Ebenezer as a monstrosity that evolved out of the suppressed memories of the conflict. Furthermore, she implies that the peace process and the agreement are also implicated in the suppression of traumatic memory.

When Cathy describes Ebenezer’s journey across Derry, she also lists the chain of events and agents leading up to the current post-agreement moment. She comments, “As he slid across the Foyle, two men on the river path were talking about the ceasefire. They spoke of Stormont. Decommissioning. Paisley. Adams. Good Friday. They didn’t know that the memories that fuelled the conflict were not gone, only buried.”

This forward march has the effect of steamrolling memories of the Troubles in the name of “progress”, and as a result, memories cannot be processed fully. The fact that Ebenezer skims right by the men while they discuss this sequence of events illustrates that the present moment is shot through with the horrors of its past. As Cathy remarks, “opting out of the Troubles was never really an option.”

The agreement repackages the narrative of the Troubles in an effort to contain it and relegate it to the past. As Aaron Kelly argues, “Although the names have changed – from the Troubles to the Peace Process [to the agreement] – it is the same rubric of historical enclosure.” Correspondingly, O’Donnell affirms, “A fragile peace has existed in the North for the past two decades, but you don’t have to scratch far beneath the surface to find old wounds and deep resentment. In my opinion, the conflict has never been really healed, just locked away – like Ebenezer.”

It is significant that Cathy never sees Ebenezer in the story – as a manifestation of suppressed trauma, he is unknowable. Furthermore, as a monstrous figuration of this trauma, he is unassimilable to post-agreement Northern society and its normalising narrative of “peace”.