The Hurley Maker’s Son by Patrick Deeley review: The making of a poet

Memoir is a ‘courageous and heartfelt work, a lament and an act of recuperation, deceptively artless and engagingly plainspoken’ says George O’Brien 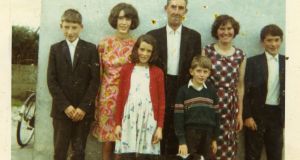 Patrick Deeley, left, as a boy with his family 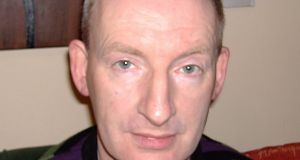 Patrick Deeley’s home ground, where he spent the first 20 years of his life (he was born in 1953), lies between Ballinasloe and Loughrea in Co Galway. And in the manner of many an Irish memoir, The Hurley Maker’s Son fondly maps that native place. He pays homage to the fields and townlands by recollecting their names and setting up a complementary set of intimate landmarks in recalling kind-hearted, muscle-rich or addle-pated neighbours.

The book’s narrative arc (to Dublin, via education) is in some respects familiar as well. Young Patrick “understood at some basic level that I would have to leave when the future came”. So far, so conventional, one might think, although Deeley’s direct and focused approach ensures that the book adds nuance and detail to the collective portrait of the postwar generation that is one of contemporary Irish memoir’s outstanding cultural contributions.

This, however, is no ordinary summation of works and days. On the contrary: even as the events and circumstances of the author’s everyday experiences present themselves in a clear (and sometimes blinding) light, they generate emotional and psychological thickets through which he has to find his way.

It’s the quality of the reflections on the tears and snags of his dark wood, and the way that their reality counterpoint those of family, school and professional life, that makes The Hurley Maker’s Son such a courageous and heartfelt work, a lament and an act of recuperation, deceptively artless and engagingly plainspoken.

The lament is for the hurley maker, whose untimely accidental death while felling timber poleaxes Deeley emotionally, striking him with a grief that for some time he cannot overcome. This difficulty initiates an extended probe into the history of father and son who, despite their closeness, were unable to forge an attachment in the place where it evidently mattered most – the workaday world.

“‘Industry’ seemed to be one of my parents’ favourite words’, we learn. But young Patrick found that he could not quite live up to their ethic of doing. He was distracted, “a dreamer”, shy, inattentive, useful when it came to heavy lifting but not able to make much of a fist of the plane or the spokeshave.

The shed where his craftsman father turned his hand was a pleasure palace to the boy. The scent of cut wood, the names of trees and tools, the flow of the finished product from handle to boss, were a delight, an education of the senses, a grounding in aesthetics.

Over and above being obviously not cut out for eye-and-hand work, Patrick also suffered from the fact that “displays of fondness were in short supply in our house”. This was not because his people were mean, “but because in the way of that time such things weren’t done”. The consequences of this emotional woodenness are given their full melancholy measure.

Still, if the book’s psychological climate sometimes calls to mind the works of Thomas Hardy (“whose gloominess I admired”), the brighter times are not forgotten. These are provided in the first instance by the book’s other primal place, the Callows, a wetlands adjacent to the shed but essentially its equal and opposite.

A resort, a playground, a wonderland – nothing in the Callows was cut and dried. Instead it was uncontained, variegated, invigorating. “I never felt less lonely than when alone there,” Deeley recalls. The parallels between a terrain that is slippery underfoot and the child’s uncertainty of his own ground are hard to miss.

A drainage system in various senses of the term, the wetlands also tutors the boy’s alert and sensitive eye to the natural scene, the colours and creatures of which give him something that he could make his own of.

The gain in loss

There is more to The Hurley Maker’s Son than depictions of origins and influences, including comments on changes in east Galway (the Tynagh mine’s impact, among other things), tales of loving and of travel, and stories of educational misadventure. These culminate in being called to teaching (as the phrase went).

A successful career in the classroom followed, and there are cheering vignettes from the author’s Ballyfermot school, not least those showing “the songs and folktales” that came with children’s families from the inner city to be sources of instruction and reservoirs of memory.

Dublin as Patrick Deeley first knew it in 1973 looked “dilapidated and gapped”. But Poetry Ireland was then in the making, and the glimpses of the poetry scene convey not only Deeley’s enthusiastic involvement but point to the role of memoir as informal history and provider of the insider’s view.

Teaching didn’t take in the sawmill, and the Callows was replaced by confusing city streets. Yet leaving those primal places turns out to be a way to completion. Opposites lead to reconciliation. Wood and water, standing and running, cutting and flowering, seemed so at odds in the home place. In time, however, a more appeasing truth emerges from accepting them as complements.

This hard-won state of acknowledgment, stated with honesty in plainsong prose, is the ultimate achievement of The Hurley Maker’s Son.

My dad the spy: Stewart Copeland on his father’s secret life as a CIA agent
3