The Dinner Guest review – An angel at the table 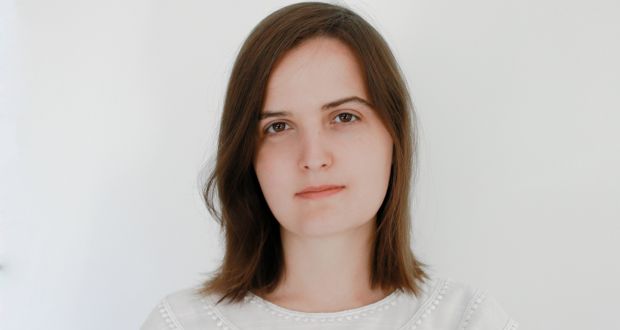 By the end of ‘The Dinner Guest’, Ybarra has done herself and her family proud in a story that is full of light and shade

“The story goes that in my family there’s an extra dinner guest at every meal.” The opening line of Gabriela Ybarra’s succinct and inventive debut introduces her central subject – family. Applying Tolstoy’s equation of happiness, the Ybarras of Bilbao are certainly unhappy in their own way. The titular dinner guest is the author’s grandfather, a former mayor of Bilbao who was kidnapped and murdered by Basque separatists in the spring of 1977. The novel is his granddaughter’s “free reconstruction” of the story, which took place six years before she was born.

Ybarra’s research is evident, with articles from Spanish papers at the time interspersed with the text in the opening chapters. These document the kidnapping itself but also the desperation of Javier Ybarra’s children who cannot raise the obscene ransom and attempt to make contact with their father through crossword puzzles and comic strips in the daily papers.

Their efforts prove futile and Ybarra brings us through the process with the objectivity and forensic eye of a true crime writer, allowing glimpses of poignancy through her connection to her subject. As she reclaims the story of the kidnapping for her family, drawing attention to all the versions of the truth that appeared in the media and even among her relatives, the grim details emerge: how her grandfather lost 22 kilos in captivity, how he was given almost nothing to eat, how he was incarcerated for a month in a prone position “or inside a sack”.

Ybarra, who has a master’s degree in marketing from New York University and currently works in network analysis in Madrid, expertly blends techniques of fiction and non-fiction in her first novel. As she documents the kidnapping and its aftermath, she adds intrigue by not revealing her grandfather’s public persona until a quarter of the way through: “ETA had him in its sights because it considered him the epitomé of the Neguri intellectual and because he belonged to one of the families that had traditionally occupied top posts in the province.”

The conflict in the Basque region makes for an interesting backdrop and if Ybarra had left it there, her debut would have been a worthy non-fiction read about a tumultuous time in Spanish history. What elevates it to the status of novel is the second, more developed narrative about the death of Ybarra’s mother from cancer in 2011. Using the same sparse but vivid prose, the author documents the process from diagnosis to death six months later in a bid to remember her mother and, again, to reclaim her story from its public obituary.

The book reads like a pilgrimage for both grandfather and mother, particularly the latter as the author literally revisits the waiting room of a New York hospital a year after her mother’s death and travels to places her mother had wanted to see when she was alive. As such, the quote from Robert Walser’s The Walk that appears a number of times in the book fits beautifully: “To lie here inconspicuous in the cool forest earth must be sweet. That one might still sense and enjoy death even in death!”

While there is little to enjoy about the news that a cancer initially thought to be curable has had a silent metastasis, the mother’s grace and courage in the face of death is captured by her daughter: “She found acceptance in the time it took her to eat the yoghurt on her meal tray.”

The ode to a much-loved mother recalls the American author Zinzi Clemmons’ debut from last year What We Lose. Ybarra employs a similar style by incorporating online content from Google searches and other media into her story. The tone of her debut has the conversational appeal of a really well written blog; it makes the reader think about the subjects and connect with their plight.  From the glamorous consultant in New York who initially makes her mother feel like “a piece of garbage”, to the side effects of chemo, to the restrictive protein rich diet, the illness is meticulously documented: “Now she only liked soft, cold food and she was eating gelatin from a bowl.”

In an excellent translation from the Spanish by Natasha Wimmer, the writing sparkles throughout, despite Ybarra’s initial difficulties: “When I tried to get to the heart of who she was, everything I wrote seemed irrelevant. My ideas changed by the day or according to circumstances. Sometimes I was sad, because I felt that I hadn’t been able to encompass her nuances.”

Although short on word count, by the end of The Dinner Guest, Ybarra has done herself and her family proud in a story that is full of light and shade: “My mother wasn’t three paragraphs long, or six. My mother was warmth and presence. Goodness and light. My mother was all of the things that are said about the dead but in her case they were true.”

Ruth Ellis: The model who smiled at her executioner