So you wrote a second novel? 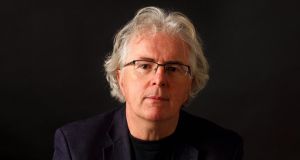 Tadhg Coakley: While most people can emerge into some kind of strange uncertain dawn, writers can’t, can they? Photograph: Claire O’Rorke

So you wrote a second novel?

How did that feel?

Or was it: I managed to get away with it once, I can’t possibly pull the wool over their eyes again?

When you were doing the final edits, was the numbing sense of imposter syndrome waking you in the middle of the night, catastrophising?

What were you catastrophising?

Scathing reviews, accusations of being derivative, rejection, or worst of all: silence?

Why do you think this one wiped you out more than your first book?

Did you have a better idea of what could go wrong, what mistakes and omissions you had made the first time?

And weren’t you now repeating and thus perpetuating those mistakes and omissions?

Did the acceptance offer by the publisher, Mercier Press, cure the syndrome?

Or did it render it more acute?

Was that because now the book would be real, would be out there, with your name on it?

Because it would be judged, as all books are judged, under a lurid glare?

Why couldn’t you be more accepting of the gratitude that a) you had written a book and b) somebody wanted to publish and c) people would read it?

And after all the thinking and re-thinking, the proofreading and polishing and fine-tuning weren’t you almost achieving that acceptance?

Were you almost there, almost celebrating?

When the virus hit?

And all your book plans were scattered into the air?

Was the impact on your book a late thought when the shutdown happened?

Didn’t the larger issues place the fate of a single book in perspective?

And did you wonder if the last thing the world needed now was another crime novel?

But wasn’t a small part of you also mourning the loss of your two launches in June in July?

And that imminent sighting of your book on a bookshop shelf?

The feel of it, the heft of it, the smell of your book, right there with so many others?

Or was the feeling worse than that?

Did it occur to you that the whole world of books and literature was now up in the air?

That its relevance had been subsumed under flattening curves, PPE, ventilators, job losses, nursing homes and people dying in solitary terror?

That the importance of all books had been washed away by images of families sitting around a laptop watching the burial of a loved one?

Will books and art and music ever have the same relevance again?

To you or to anybody else?

Or – because of the virus – do we now need literature even more?

Do we need our Anne Enrights, our Kevin Barrys, our Tana Frenchs, our Martina Evans’s, our Donal Ryans, our Paul Howards, our Sinéad Gleesons, our Claire Keegans, our Thomas McCarthys, our Marian Keyeses?

When Mary Morrissy told you that we had always been writing in the dark, why did it ring so true?

Is the only difference now that we don’t know what kind of light we will emerge into?

And when again we can put the dark behind us?

But isn’t that just it?

While most people can emerge into some kind of strange uncertain dawn, writers can’t, can they?

Won’t the writers, the artists, the musicians, the actors be compelled to return back into the pandemic dark and seek out what’s lurking there?

And drag it writhing and seething into view?

When you realised this, were you frightened by the sense of responsibility?

Or consoled by the fact that whatever happens to this little book of yours, writing will still be relevant, it will still have meaning?

Perhaps more meaning than it ever had?

And doesn’t, therefore, your book matter, too?

Even in its own small way?

Tadhg Coakley’s crime novel Whatever It Takes is now available in ebook format. The print version will be published on July 31st.