Should we break up with monogamy? 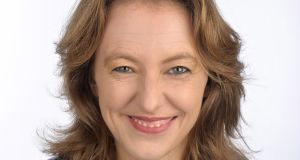 Rosie Wilby: “Maybe relationships should work on a contract basis that you’re locked into for fixed two-year terms”

What is this “monogamy”?

Yet is this peripatetic approach to commitment really monogamy? Isn’t serial monogamy, by definition, a lie? Until we find a way to regenerate and have more than one life, surely so. Can we really go around changing meanings of words and ideas, particularly when they’re as symbolic as monogamy?

Since when does any one person meet every single one of your needs? I’ve never had a relationship without several items left un-ticked on my ideal wish list

Perhaps we can, if we communicate. If we were truly honest on a first or second date, we should probably be saying things like, “I’d love to stay with you for about three to five years and then think about upgrading.” I use the term “upgrade” as we do tend to be more faithful to our mobile phone providers than any romantic partner. Maybe relationships should work on a contract basis that you’re locked into for fixed two-year terms, after which both parties would compare alternative options and choose to renew or cancel. Maybe that would feel less oppressive than a permanent obligation that it’s expensive and messy to get out of. This is not a million miles from a pagan handfasting system, which sees a couple marrying for a year and a day.

Only by adopting these sorts of principles might we feel less bewildered, less robbed of our futures when the inevitable breakups come. And, if we do manage decades together, and keep actively choosing to stay, it would be an unexpected triumph rather than one we were complacently anticipating all along.

I asked my friend Bex, “What is the opposite of monogamy?”

Interestingly, she suggested, “An open relationship?”

Yet I see those two things are very closely connected in principle. The vast majority of couples I’ve spoken to who have opened up a central, or “primary”, partnership have done so precisely as a way of being more faithful – a way of having to neither cheat nor leave. For them, it’s been a case of sustaining a good thing, keeping promises and allowing one another to thrive.

American series You Me Her is being promoted as “TV’s first polyromantic comedy”, starring Amy Poehler’s brother Greg. When central characters Jack and Emma realise that some of the fizz has gone from their sex life, they both start dating an escort, Izzy. Far from being the hetero male fantasy that this setup threatens, episode two sensitively portrays his complex insecurities that are thrown up when his wife returns home to him, exhausted and orgasm-depleted after her hot date. Yet the key point of the premise is that this couple do not want to break up. Jack says to Izzy, “the reason why I hired you is to save my marriage”. Meanwhile, Emma confides in a friend, “I feel like I’m dangling my marriage out of ten-storey window... But at the same time, I’m more into him than ever.”

Similarly, Jen and I had that tricky kitchen table discussion because we really value what we have and wouldn’t throw it away lightly. Not that we were quite at the stage of having an official open relationship. We had agreed on an “open-minded” one. We would keep a mature line of communication alive as the connection evolved and became clearer in its nature.

“But isn’t it an admission that’s something’s lacking?” Bex asked.

“Absolutely,” I said, “but since when does any one person meet every single one of your needs? I’ve never had a relationship without several items left un-ticked on my ideal wish list. Finally I get to be respectfully honest about it without getting my head bitten off.”

Even I was a little surprised that my poetic soul of old had been replaced by this pragmatism. Though I’d be lying if I suggested it wasn’t accompanied by a slightly heavy heart, I knew that being a wild romantic had done me no favours. I’d been living in a fantasy world. And that fantasy had been so much for any partner to live up to that it had driven them all away. I wanted to feel utterly authentic with my lover. Yet I heard Alain de Botton speak disparagingly about why any of us would seek to inflict our whole true self on another poor soul. Nobody wants that, I guess. I was coming round to his point of view.

Once, I spoke onstage about the confusing myriad uses of the word love. “I love my girlfriend and I love chocolate,” I posed, “yet one of those is an insatiable, obsessive craving... and the other is how I feel about my girlfriend.” It was a silly, formulaic joke and has probably been said a million times by other comics. Yet there was an insight behind the throwaway daftness. Maybe that lower-key humdrum state was how I was supposed to feel about my long-term partner if I really was going to throw myself into the big forever. Maybe she wasn’t chocolate but... a salad. Secretly, I still hoped for both. Was a chocolate salad even on life’s menu?
Is Monogamy Dead? by Rosie Wilby is published by Accent Press, at £8.99