Stories to soothe a bitter sea 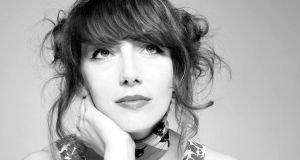 A performance poet who has appeared at the Royal Festival Hall, Carmen Marcus’s affinity for language and sound come through in her debut

“Tell me my story,” says 10-year-old Ellie Fleck to her fisherman father Peter. The pair live in a ramshackle old house on the Yorkshire coast, battling elements both external and internal. The power of stories is a refrain in How Saints Die, the way in which words can help save or sustain through hard times. As she pines for her absent mother, Ellie badgers her father about her origins. Their endearing relationship comes across vividly. Peter tells his daughter that he cut her from his fishermen nets and hauled her to life “like a porpoise”. The reality of this fairytale is later explained in visceral detail.

Ellie lives in a kind of suspended reality as she waits for news of her mother. Her imagination is fed by her father’s tales of the sea. Myth and fantasy feature prominently in the lives of the Flecks, from the best way to cut a sea-god from the nets, to Captain Cook being a distant relative, to the dangers of looking back to shore from the decks of a boat. Peter is a fisherman who never learns how to swim. He tells his daughter that swimming is for tourists. If the sea chooses to take him, it’s “kinder to give than to struggle”.

This willingness to die is writ large in Ellie’s mother, the mentally ill Kate who is incarcerated in an institution. Dosed on medication, Kate longs for her homeland of Ireland and the cruel-hearted mother who exiled her. One of the novel’s many poignant scenes sees Ellie visit her mother in hospital and remain largely invisible as Kate remains lost to the ghosts of the past.

The Fleck family is under constant attack. Kate’s Catholic heritage is anathema to the townspeople, who refer to Ellie at “the mad Paddy’s kid”. Through her young eyes, the family’s plight is intensely related. Even the landscape is hostile: “There’s nothing to stop the sea coming in to rat-tat-tat right on your front door.” Marcus uses personification and onomatopoeia to great effect, with Ellie often describing her feelings and the actions of others phonetically.

From her teacher Mr Lockwood, who viciously belittles her in class, she hears “the clackclackclack of his abacus mind”. After a bullying incident in the playground, Ellie flees from the school: “She is running through the iron-speckled gate and straight to the dunes and then her shoes stop tapping. Snapsnap. The crabs nipping in her bag.” The use of the present tense intensifies Ellie’s predicament, with Marcus skilfully writing her disjointed thoughts in a way that lets the reader empathise.

A performance poet who has appeared at the Royal Festival Hall, the English author’s affinity for language and sound come through in her debut. As a work-in-progress, the book won the New Writing North’s Northern Promise Award. There are shades of Kit de Waal’s debut My Name is Leon (which won this year’s Kerry Group Award at Listowel) in the themes of parental neglect told by a captivating and original child voice. Katy Simpson Smith’s The Story of Land and Sea also comes to mind in the landscape of coastal hardship and powerful rendering of a father-daughter relationship.

As Peter rushes to Ellie’s school to save her from any number of scrapes, his daughter’s words hit home: “The best way to get her dad to love you – to be broken, be fallen down a chimney, or washed up with oiled feathers, be caught in a net.”

For all its enchantment, the pace of the novel flags in the second half, with Kate’s story meshing uneasily with Ellie’s. Whereas de Waal had a cast of older characters in My Name Is Leon that added to plot momentum, the sections narrated by the adult characters in How Saints Die seem peripheral. They do help to break up Ellie’s narrative, however, which becomes bitty as the action increases. A budding friendship with a new classmate whose mother happens to be a social worker, an imaginary wolf, childhood games with morbid adult origins, a disastrous school play and a family tragedy all compete for attention in a busy second half. It is a shame after the sparse, impactful writing of earlier sequences.

The richness of Ellie’s voice is almost enough to mitigate these issues with tempo. Its childlike honesty puts the adult world to shame: “Old Mrs Forster isn’t helpful, she is just like the kids at school. She needs to find someone bad and wrong so she can prove she is good and right.” A nosy priest is a “black storm crow”. As Mr Lockwood riles up her classmates, Ellie describes the impact: “The children laugh on cue, sharp rat teeth.” Seeking to protect herself from their “small incisions . . . their papercut questions,” Ellie is like a lone fisherman battling the mighty seas.