How to Be Invisible by Kate Bush review: Not a spare word anywhere 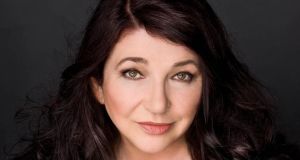 Book Title:
How To Be Invisible

When Bob Dylan was awarded the Nobel Prize for Literature in 2016, I was one of those who thought the idea of separating lyrics from music and calling them literature was a little ridiculous. I’m not ashamed to confess my hypocrisy, however, when I relax that rule for Kate Bush, the greatest singer-songwriter of the past 40 years, whose work is complex, ethereal and filled with so many secrets that one can listen to the albums for decades, as I have done, and still discover new delights every time. Unlike so many contemporary songwriters, whose Byzantine lyrics are, upon closer examination, essentially meaningless, there’s not a spare word anywhere in Bush’s work. Everything means something.

Bush has always been a storyteller. When she first hit the public consciousness with Wuthering Heights in 1978, she appeared like a whirling dervish, shrieking and waving her arms in the air, presenting an image of an entirely new female pop star. In the 40 years since, she has followed her own unique path, producing nine albums and retreating into private life between each one. She is as unique an artist as the many – Delius, Emily Brontë, Elvis, Houdini – she has written about.

Knowing the albums as well as I do, reading these familiar lyrics is to experience the songs I love in an entirely new way. They’re not structured chronologically here, and there’s more focus on the later work than the earlier, but this adds an interesting element, for Bush has clearly chosen each juxtaposition for a reason. Breathing, for example, a song about nuclear war, is placed next to Experiment IV, which recounts a military plot to create “a sound that could kill someone from a distance”, and this is followed by Joanni, a song about Joan of Arc. The entire section is introduced by the classic Army Dreamers and ends with O England My Lionheart, where “the soldiers soften, the war is over, the air raid shelters are blooming clover”. And these five songs are drawn from four different albums. It’s so subtle, but it’s so smart.

The two highlights of Bush’s career are the suites of music that form the traditional B-side of the albums Hounds of Love and Aerial. In the former, titled The Ninth Wave, a story is told of a woman lost at sea. As she floats, she drifts between calm and panic, hoping that the light on her vest will guide the searchers to her. She tries to lift herself from the waves, trusting that “if they find me racing white horses, they’ll not take me for a buoy”, but slips into unconsciousness where she’s confronted by the people she has loved and who have loved her, memories of childhood, witches and ghosts. As the movement reaches its climax, she cries out with one of her greatest lyrics: “I was there at the birth, out of the cloud burst the head of the Tempest.”

The only parallel to this work of genius is A Sky of Honey, the sequence that backs up Aerial. Here she writes about light and colour, the dawning of a new day as a painter begins work on a canvas, “and all the time the light is changing and he keeps painting”. Soon the rain comes, his colours begin to run, and something wonderful and unexpected is created. As he paints, he’s serenaded by a chorus of birds, “the mistle thrush and wood pigeon, the chaffinch and the robin, the blackbird and the siskin”. It’s a long and entrancing suite that builds to a dramatic peak in Sunset, just as The Ninth Wave moves towards a similar crescendo in Hello Earth.

Poetry can be found in single songs too. In Mrs Bartolozzi, a woman watches the laundry spin in her machine, observing “my blouse wrapping itself around your trousers” and, later, she thinks she sees her lover standing outside but “it’s just your shirt, hanging on the washing line, waving its arms as the wind blows by”. Such a simple, clever idea, but one so rich with meaning.

The novelist David Mitchell provides an erudite introduction to the collection. A lifelong fan who wrote some spoken-word pieces for Bush’s live performances in London a few years ago, he writes passionately about the effect her music has had on his books and the ongoing debt that artists owe to each other.

Essentially this is a book for fans, and fans of the Great Kate are as legion as we are loyal. The collection ends with Lake Tahoe, which includes one of my favourite images from her songs. An old dog, asleep on the floor, “his legs are frail now, but when he dreams – he runs”. I can never hear that line without welling up and, like all of the lyrics contained within Bush’s work, it loses none of its power by being separated from the melody. Maybe the Academy got it right with Dylan after all.