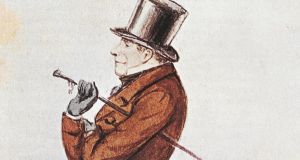 Book Title:
Philosopher of the Heart: The Restless Life of Søren Kierkegaard

The Dane Søren Kierkegaard is one of the 19th century’s heralds of modernism in philosophy. A Christian with an ambivalent, ultimately antagonistic relationship to Christianity (“Christendom”, as he disparagingly termed it), Kierkegaard’s autobiographical method, his insistence on the primacy of “the single individual” over and against the crowd, and his literary experimentalism would see him regarded as a forerunner to existentialism. Some of his core themes feel enduringly modern: the ubiquity of unacknowledged despair; the nature of selfhood in a world of social mirrors; the tension between the private self and the masses. Underlying all this was the question of the religious life and the individual’s relationship to God – a question that naturally alienates those of us who do not share Kierkegaard’s faith. After reading Clare Carlisle’s biography, I’m still not sure how much Kierkegaard the religious philosopher has to say to the non-Christian in the 21st century.

This is one of those biographies of a life that was outwardly not all that dramatic. Kierkegaard endured a couple of public scandals and one romantic break-up – nothing markedly more momentous than what befalls an average human being. The great event of Kierkegaard’s life was, of course, what he called his “authorship” and the agonising spiritual drama to which it bore witness. Wisely, Carlisle focuses on this inward struggle, but we only occasionally descend to the emotional depths Kierkegaard sought to plumb.

Kierkegaard’s “authorship” consisted of an outpouring of books and religious sermons over a period of about 10 years in the 1840s and 1950s. He commenced writing in earnest shortly after he graduated as a magister of theology and broke off his engagement with a young woman, Regine Olsen. You can’t frequent Kierkegaard scholarship for long without being reminded of this “break with Regine” (I fear I’ll be hearing about it long after I’ve got over my own most wounding break-ups). It was certainly one of the key occurrences in both their lives. It seriously threatened Kierkegaard’s honour, and the ethical and spiritual questions prompted by it would permeate his entire body of work. The pair would continue to see each other on the streets of Copenhagen for years to come (Copenhagen sounds even worse than Dublin in that regard), though they would not speak a word until, on the day when she left Denmark for good with her husband, Regine briefly broke her silence to wish Kierkegaard well.

The current biographer has a keen feel for the tension between the worldly Kierkegaard – the one who flooded his journals with admissions of vanity, pettiness, rivalry and concerns about status – and the spiritual man, determined not to confine himself to the sensualist “basement” of existence, but rather make use of the entire house. Kierkegaard yearned to live in direct relationship to God, yet “Slights or criticisms lodge painfully in his heart for days, weeks, months, like thorns in his flesh; events that seem insignificant to others take on magnificent proportions in the mirror of his egotism”.

This tension came to a head when Kierkegaard got embroiled in a literary slagging match that saw him fall prey to the 19th-century equivalent of a Twitter mob, pilloried in a magazine titled the Corsair until he became a nationwide laughing stock, with children following him in the street to mock his spindly legs (the magazine helpfully provided its readers with illustrations of his infirmities). The humiliation did not break Kierkegaard but strengthened his sense that the true “knight of faith” must renounce the world and meet with equanimity all “persecution by the mob, the people, the public, in short the scum that the daily press is able to dredge up”. Indeed, “if the crowd is the evil… there is rescue in one thing only, in becoming the single individual”. In the final years of his short life (he died aged 42), Kierkegaard took a stand as “the single individual” against Christendom itself – the organised religion he believed opposed the true message of Christ.

Philosopher of the Heart is weakened by a confusing structure: rather than chronologically recount Kierkegaard’s life, it jumps back and forth in a disorienting manner. The narrative potential in describing the progress of Kierkegaard’s thought is diminished, suggesting why it is that the womb-to-tomb biographical convention elsewhere prevails: it works.

In fairness, Carlisle’s heterodox approach is an attempt to honour her subject’s prodigious literary experimentalism (Kierkegaard wrote one book consisting of prefaces to unwritten books, invented multiple pseudonyms who interacted with one another, and so on).

It’s clear that Kierkegaard’s religious and existential concerns are very much alive to her, even if she cannot entirely convey the urgency of those concerns to the reader. For that, it seems, we must return to the original works – Søren Kierkegaard’s strange, difficult, contrary books, wherein we might “grasp the secret of suffering as the form of the highest life, higher than all good fortune”.