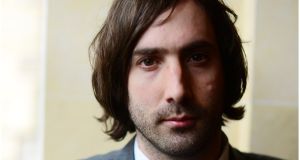 Paul Lynch has won the €15,000 Kerry Group Irish Novel of the Year Award 2017 for his Famine novel, Grace, at Listowel Writers’ Week in Kerry. Adjudicators Jane Urquhart and Alex Preston chose it from a shortlist that included Sally Rooney’s Conversations with Friends; Bernard MacLaverty’s Midwinter Break; Lisa Harding’s Harvesting; and Frank McGuinness’s The Woodcutter and His Family.

Grace, which is published in paperback by Oneworld on June 7th, has been shortlisted for the £25,000 Walter Scott Prize for Historical Fiction (the winner is to be revealed on June 16th) and the $5,000 William Saroyan International Prize for Writing. It will be June’s Irish Times Book Club selected title. Lynch will be interviewed by Laura Slattery for a podcast at the Irish Writers Centre in Dublin’s Parnell Square on Thursday, June 21st, at 7.30pm. This month’s podcast, an interview with Kit de Waal, has just been published.

The €8,000 Pigott Poetry Prize was awarded to Colette Bryce for her collection Selected Poems 2000-2014. Adjudicators Billy Collins and Deryn Rees Jones selected the work from a shortlist that included Michael Longley’s Angel Hill and Sinéad Morrissey’s On Balance, winner of the 2017 Forward Prize for Best Collection and 2017 Poetry Book Society Choice Award.

Coming up in Saturday’s books pages, controversial US author Lionel Shriver talks to Patrick Freyne; Arnold Fanning writes about his mental breakdown, subject of his powerful new memoir, Mind on Fire; Rebecca O’Connor recalls the terrible tragedy of the 1943 Cavan orphanage fire, which features in her debut novel, He Is Mine and I Have No Other; Diarmaid Ferriter gives his verdict on the mammoth, four-volume Cambridge History of Ireland; plus we have Wellcome Book rize wMark O’Connell on Michael Chabon’s Pops; Kill All Normies author Angela Nagle on Mariana Mazzucato’s The Value of Everything: Making and Taking in the Global Economy; Kathleen MacMahon on Lorrie Moore’s See What Can Be Done; Seán Hewitt on Barracoon by Zora Neale Hurston; Sarah Gilmartin on Promising Young Women by Caroline O’Donoghue; Jonny McAloon on When I Hit You by Meena Kandasamy; Houman Barekat on Shift by Mia Gallagher; John McAuliffe on new poetry by Matrtina Evans and Ailbhe Darcy and writing by Paula Meehan; and Julie Parsons on What We Talk About When We Talk About Love by Raymond Carver.