Do we need strong female characters? 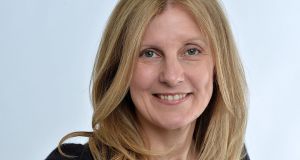 Who do you think of when I say “strong female character”? Katniss Everdeen? Jane Eyre? Hermione Granger? Maybe it’s someone from a film? My current favourite kick-ass woman is Mildred Hayes from Three Billboards Outside Ebbing Missouri, who is as tough as they come in the pursuit of justice for her murdered daughter. But what makes these female characters strong and do we really need them in the books we read and the films we watch? And is it as important to have strong female characters for male readers as it is for female readers?

Obviously when I say “strong” I don’t necessarily mean physically strong, though I do like female characters who are physically capable. When I was 12 I loved Swallows and Amazons because the girls were proficient at sailing and camping and I wanted to be like them. They did the stuff boys normally did and they did it well.

Most female characters don’t even play sports, or there is the alternative problem, that they’re so extremely good that it seems unreal and unattainable, such as Katniss Everdeen’s pin-point prowess with a bow and arrow in The Hunger Games.

The strength of the Swallows and Amazons girls was far more than physical as they were mentally tough, independent, intelligent and willing to stand up for themselves. But why aren’t there more female characters like them? And why do I get the feeling that books for younger readers have stronger, more adventurous girls, but when they become teenagers the female characters lose some of their strength and most of their physicality?

In my teenage years a different sort of female character made a big impression on me. Scarlett O’Hara in Gone With The Wind was likeable for being unlikeable, often wrong, terrible at dealing with people, unpopular with other women and great at running a business. What a surprise to read about a woman who was selfish and thoughtless and who didn’t comply with all the normal female ideals of being caring and kind! Scarlett was beautiful but also aware that her beauty was a tool to get what she wanted, and as such she was a product of society and also able to fight against it. In so many ways Scarlett wasn’t someone to emulate, but what impressed me was that after each blow that knocked her down she got up to fight again. She was a real woman in a turbulent, male-dominated, warring world, but she was never a victim.

For all her strengths Scarlett was no leader. Leadership is a role that female characters don’t often adopt. Jane Eyre, Hermione Granger and Elizabeth Bennett are all clever, brave, hardworking, resilient and so much more, but they’re not leaders. Even Katniss Everdeen is more the reluctant fighter than leader. For my new novel I wanted to write a female character who becomes a leader and I looked around for inspiration and, ironically, I had to go to the real world to find it in Elizabeth I and Catherine The Great.

Why are there few female leaders in fiction? Is leadership still seen as being “male”? I suspect the answer is mixed up in what we think is attractive both in a woman and a man, and we fear male characters may seem emasculated by a female leader.

But these are just fictional characters, so does all this really matter? Well, I think it’s vital for two reasons. When I was younger I wanted to do the things boys were always depicted as doing – camping, hunting, running, riding and fighting the bad guys. I used to imagine doing those things, but it was the girls in Swallows and Amazons, who convinced me I could do them in real life.