‘Only Killers and Thieves’ review: A brutal coming of age in Australia 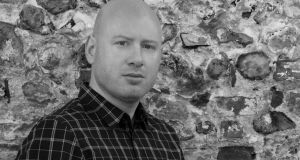 Paul Howarth: spares us none of the grisly details

Book Title:
Only Killers and Thieves

“I’m going to tell you what will happen if we were to let that man live. He will hate us. Not only you and I personally, but all white men. He will become like a tick on the back of a beautiful horse, biting and gnawing and burrowing into the very fabric of this country we are trying to build.” This dehumanising us-versus-them mentality sums up the prevailing racist mindset of white Australia in Paul Howarth’s debut, Only Killers and Thieves.

The novel, set in Queensland in 1885, looks at the atrocities carried out on various indigenous tribes in the name of “dispersal”, a legacy of bloodshed that is still having repercussions in Australian society more than a century later. Howarth focuses his tale on the role of the Native Police in helping British colonisers destroy their own people. At the helm of the group is Noone, a white man who considers himself “a scientist, a chronicler of humankind”.

In reality Noone is a sadistic exterminator whose vile personality is brilliantly related. He is a creature in the shadows – as even his name suggests – a malevolent figure that stands for the evil men do to others. As the narrator, Tommy, notes of their eerie first meeting, “Noone was still there, watching. The second time he looked, he was gone.”

Tommy is Noone’s antithesis, a character whose goodness shines through even in the grimmest circumstances. Along with his older brother, Billy – an immature hot-head – he works the land with his father just outside the town of Bewley. A recent drought has hit the farm hard and food is scarce. The boys nearly come to blows with a rich neighbour, the boorish John Sullivan, when he catches them hunting on his land. Their mother resorts to begging for credit in a local store. The owner’s response is a marker of the lawless, Wild West attitude that prevails in the novel: “Spruhl sighed wearily, reached beneath the counter, and placed a pistol on top of the ledger.”

Elsewhere in the region, a more insidious kind of lawlessness is taking place: “This is Queensland now, don’t forget – Billy Fraser shot six blacks on the steps of Juandah bloody courthouse and they let him walk away.” The chaos and anarchy of Cormac McCarthy’s novels come to mind when reading Only Killers and Thieves, as does Patrick deWitt’s The Sisters Brothers for its journey narrative of two very different brothers, although deWitt’s picaresque is a far lighter read.

Howarth’s Wild West is frontier Australia, with considered descriptions and dialogue that bring the era to life. The British author lived in Melbourne for six years before moving to Norwich with his family and completing the MA in creative writing at the University of East Anglia in 2015, where he was awarded the Malcolm Bradbury Scholarship.

A deft and shocking plot twist early in his debut determines the novel’s trajectory. Through subsequent dealings with Sullivan, Billy and Tommy are drawn into the world of Noone and the Native Police. They set off en masse into the Australian outback to take revenge on a tribe of indigenous people, the Kurranga, for crimes we suspect were committed by white people.

Howarth examines the ways people act when there aren’t social structures in place to penalise them for their actions. From the “peacocking” of land – ruining neighbouring land to benefit one’s own – to the numerous rapes and murders of indigenous people, there is the sad sense in the novel that morality is learned rather than innate. The hierarchy of entitlement in this lawless world is equally interesting. On top is Noone, followed by landowner Sullivan (who deludes himself into thinking he’s in charge), the brothers, Sullivan’s drunken lackey Locke, the “domesticated” black henchmen of Noone’s police force, and finally, the indigenous tribes they help to kill.

The extent of the violence is horrific. Howarth spares us none of the grisly details. Horrendous rapes and sexual assaults take place in a public arena where the men egg each other on in order to mitigate individual responsibility. As the atrocities pile up, there is the danger of the reader becoming desensitised. Tommy’s coming-of-age narrative, in a world where you’d think twice about wanting to grow up at all, forces us to see the brutality: “The pyre hummed with flies. The bodies were knotted and twisted so tightly together they seemed melted into one; only the infants were visible whole. Dozens of eyes staring out. Hands and feet poking through.”

An unnecessary epilogue and too much time spent on the road are minor quibbles in a book that grips from the outset and entertains even as it educates us about an appalling part of Australia’s history. Epic in scope, Only Killers and Thieves is a study in morality in a land where white vigilantism has never seemed more depraved.