Nobel Prize in literature 2020: who will win after after years of scandal? 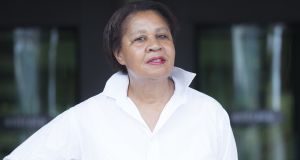 Jamaica Kincaid and Anne Carson have been tipped as possible winners of this week’s Nobel Prize in literature, with the secretive jury expected to play it safe in the wake of three years of controversy.

The Nobel, which sees itself as the world’s pre-eminent literary award, will be awarded on Thursday afternoon. Names tipped at the bookies include Maryse Condé – the Guadeloupean novelist who won an “alternative” Nobel in 2018 – Russian novelist Lyudmila Ulitskaya, Japanese bestseller Haruki Murakami, Canadian author Margaret Atwood and perennial contender Ngugi wa Thiong’o, the Kenyan novelist, poet and playwright. Observers have also speculated that the jury could be looking closely at the work of Antiguan-American writer Kincaid and Canadian poet Carson.

The prize has been mired in scandal since November 2017, when the Swedish Academy, which selects the winner, was caught up in sexual abuse and financial misconduct allegations, which resulted in the conviction of Jean-Claude Arnault, husband of academy member Katarina Frostenson, for rape in 2018. The following January, Frostenson left the academy after she was found to be the source of leaks of previous winners.

The Nobel was postponed in 2018 in the wake of the controversy, but found itself fiercely criticised again over its choice of Peter Handke as winner in 2019. The Austrian author has denied Serb atrocities during the war in the former Yugoslavia, and attended war criminal Slobodan Miloševic’s funeral, prompting widespread condemnation of the Academy’s choice.

There was further controversy last year after Irish author John Banville received what turned out to be a hoax call supposedly from the academy informing him that he had been awarded the prize. Banville said he believed “for 40 minutes I was a Nobel Prize winner” and that the hoax bore all the signs of someone with a grudge against the academy.

Björn Wiman, culture editor at Swedish paper Dagens Nyheter, said: “Last year was an exhibition in how not to polish your brand. They followed up a year when they had been explicitly prohibited from awarding the prize with giving it to Handke. I’m sure they were aware of the colossal controversy that would follow, and which did, and which further deepened the crisis for the Swedish Academy.”

“This is important for this year’s prize because they will, I think, make a safe choice. They will give the prize to a female author, who is not from Europe, and who is, in the political and ideological and appearance-wise sense, the opposite of Handke,” Wiman added.

He tipped Kincaid and Carson as potential winners, with Kincaid, author of novels including The Autobiography of My Mother and Mr Potter, his preferred option.

“That would be a brilliant choice in all senses,” he said. “This prize gives legitimacy to the winning author and to the opinions of this author. That’s why so many people were so upset last year with the very shady opinions from Handke on the genocide in Bosnia, and that is also why a prize for Kincaid this year would be at the right time … This would be a triumph for her and for the academy if they were wise enough to make that choice. Apart from also being a brilliant author of course.”

The Nobel is given to “the person who shall have produced in the field of literature the most outstanding work in an ideal direction”, according to the words of Alfred Nobel’s will. There have been 116 laureates to date, 15 of whom were women, most recently the Polish writer Olga Tokarczuk, who was awarded the postponed 2018 prize last year. This year’s award is worth 10m Swedish kronor (€1.3 million). – Guardian