Polish author Olga Tokarczuk and Austria's Peter Handke have been awarded the Nobel Prize for Literature. Two winners were named, one for 2019 and one for 2018, because the prize was not awarded last year. Video: Reuters 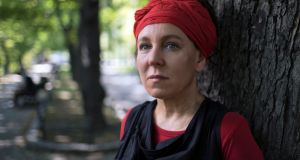 The Nobel Prizes in Literature for 2018 and 2019, announced in Stockholm today, have been awarded to Polish author Olga Tokarczuk and Austrian writer Peter Handke.

The Swedish Academy, which bestows the award, said that Tokarczuk’s prize was “for a narrative imagination that with encyclopaedic passion represents the crossing of boundaries as a form of life”.

Handke’s citation stated that his prize was “for an influential work that with linguistic ingenuity has explored the periphery and the specificity of human experience”.

The Nobel is the world’s richest literature prize, with each winner receiving 9 million Swedish krona (about €830,000).

The 2018 award was held over till this year in the wake of a sexual assault scandal. Jean-Claude Arnault, the husband of an Academy member, was accused of a series of assaults and in October last year was jailed for two years for rape.

This year’s choice of winners to some extent casts doubt on the stated intention of the Academy to bring greater diversity to the Nobel Prize. Chair of the Nobel committee, Anders Olsson, last week said “the criteria have changed”, that the prize now has a “global” viewpoint, whereas “previously we had a more eurocentric perspective of literature”.

However, the two winners announced today – both white European authors working in a modernist tradition – look very much like other Nobel winners from recent decades. The announcement does partly fulfil Olsson’s expressed aim to move away from the prize’s “male-oriented” past.

Within this general categorisation, however, the two winners are quite different.

Tokarczuk is a relatively young winner for the Nobel Prize in Literature: at 57 years old, she is younger than all but 28 of the previous 114 winners. The average age for a literature laureate is 65.

She is a bestseller in her native Poland, her latest novel having sold almost 200,000 copies in hardback, and has been translated widely in recent years. The Nobel Committee considers her magnum opus to be her 2014 novel Ksiegi Jakubowe (The Books of Jacob). Fitzcarraldo Editions will publish The Books of Jacob in 2021. In English her greatest success has been the novel Flights, which won the Man Booker International Prize in 2018.

Her novels are not linear in form and tend to be fragmented, but they are much more reader-friendly than this suggests, and firmly grounded in contemporary relevance. Flights tells multiple stories connected by a theme of migration and border-crossing – a world in constant flight – and was described by Tim Groenland in The Irish Times as “beguiling” with “a quirky, open-hearted charm”.

Her most recent novel to be published in English, Drive Your Plow Over the Bones of the Dead, takes the loose form of a crime thriller and was described by one reviewer as “like Fargo rewritten by Thomas Mann, or a WG Sebald version of The Mousetrap” and led Michael Cronin in this newspaper to call Tokarczuk “one of the most distinctive and original voices in contemporary European literature”.

If Tokarczuk among readers home and abroad is not just admired but loved, she has received less enthusiasm from the right-wing Polish government. Piotr Glinski, the minister for culture, who has taken an authoritarian line on writers and artists and tried to ban a play by another Nobel winner, recently boasted that he had been unable to finish any of Tokarczuk’s novels. Today he tweeted congratulations to her (“proof that Polish culture is appreciated all over the world”) and said that he would try to finish her books.

Tokarczuk is in the prime of her career and this is evidently an award for an ongoing body of work, and not a lifetime award for past achievement.

Her English publisher, Jacques Testard of Fitzcarraldo, said: “Olga Tokarczuk is such a special writer – she has an incredible range. We publish The Books of Jacob, her magnum opus, in 2021 – a novel over a thousand pages long focusing on Jacob Frank, a highly controversial historical figure from the eighteenth century and the leader of a mysterious, heretical Jewish splinter group that converted at different times to both Islam and Catholicism. Olga is also a political activist and dissident, and a figurehead for a more progressive, feminist, environmental politics. She’s a public intellectual and doesn’t shy away from her responsibility as a writer.”

Handke, 76, the 2019 winner, has a somewhat different profile. He is a well-established figure in central European literature although few of his works are currently in print in this country.

He has a broad literary span, his career encompassing multiple genres including novels, essays, dramatic works and screenplays (he may be best known, until now, as the screenwriter for Wim Wenders’ film Wings of Desire).

Handke’s early works tended to be slim, internalised monologues of alienation which require close and slow reading, and whose understated, abstract approach is exemplified in their titles: Across, Repetition, Absence.

He is an archetypal “literary” writer, acknowledging the self-regard of his own profession with humour. In his 1989 novella The Afternoon of a Writer, the writer in question “on his way to the garden gate, suddenly turned around. He rushed into his house and up to the study and substituted one word for another.”

One of his best-known works is A Sorrow Beyond Dreams, a short, intense and harrowing memoir first published in 1972 in which Handke attempts to come to terms with his mother’s suicide before “the extreme speechlessness” of grief takes over, and will be reissued by Pushkin Press next month.

Handke’s award has had a more muted response than Tokarczuk’s, largely because of his political history. In the conflict in the former Yugoslavia, Handke was a supporter of the Serbs and although he said, “I am with the Serbian people, not Milosevic,” he subsequently spoke at Milosevic’s funeral.

This led to a backlash from other writers, including Susan Sontag, who said that she among others had “sworn never to pick up another of his books” while Salman Rushdie, in blunter terms, nominated Handke as “International Moron of the Year” for 1999. Others, including Nobel laureate Elfriede Jelinek, supported him.

The Nobel Committee, in its 1,300-word biography of Handke, makes only a glancing reference to this, saying “Although he has, at times, caused controversy he cannot be considered an engaged writer in the sense of Sartre, and he gives us no political programs”.

That is, it holds that the work and the man are separate, though Handke as a writer has often specialised in blurring the line between fact and fiction. But it is true that there is no dispute on the quality of his works, with John Updike having described Handke as the finest writer in Germany, and other critics comparing him in importance to Samuel Beckett.

In any event the Nobel Prize is no stranger to controversy and sometimes seems to court it.

In 2016, Bob Dylan was awarded the prize which led to accusations of dumbing down and was considered by novelist Irvine Welsh to be “an ill-conceived nostalgia award” by “senile, gibbering hippies”.

In 1989, three members of the Academy resigned in protest at its refusal to denounce the fatwa imposed on Salman Rushdie following publication of The Satanic Verses.

The prize has been rejected twice, once by Boris Pasternak, who was forced to do so by Soviet authorities, and once by Jean-Paul Sartre, who said “I have always declined official honours” – though unconfirmed rumours persist that he asked for the money anyway.

Those hoping for another Irish Nobel laureate, 24 years after Seamus Heaney’s win, have been disappointed again this year. Edna O’Brien, whose astonishing late-career work Girl has been universally praised, is a notable omission. Other Irish contenders include John Banville, Eavan Boland and Derek Mahon.

Surprisingly for this country’s outstanding literary heritage, Ireland has won the Nobel only four times in the prize’s 119-year history: before Heaney in 1995, other Irish winners were WB Yeats in 1923, George Bernard Shaw in 1925 and Samuel Beckett in 1969.