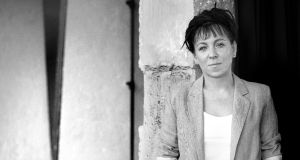 Olga Tokarczuk: trained as a psychologist at the University of Warsaw, and her interest in Jung continues to influence her work. Photograph: Jacek Kolodziejski

Flights, translated by Jennifer Croft and published by Fitzcarraldo Editions, has won the Man Booker International Prize 2018. The £50,000 prize, which celebrates the finest works of translated fiction from around the world, has been divided equally between its author and translator.

Tokarczuk, 56, a multiple award winner and bestseller in Poland, is now gaining recognition in the English-speaking world. She trained as a psychologist at the University of Warsaw, and her interest in Jung continues to influence her work. Her first book, a collection of poems, was published in 1989. She is the author of eight novels and two short-story collections. Alongside her writing she co-hosts a boutique literary festival near her home in Lower Silesia.

Croft translates from Polish, Spanish and Ukrainian, having studied for an MFA in literary translation at the University of Iowa and lived in Argentina and Poland. Now resident in Los Angeles, she is a founding editor of the Buenos Aires Review.

Flights is a novel of linked fragments, from the 17th century to the present day, connected by themes of travel and human anatomy. There is the story of the Dutch anatomist Philip Verheyen, who dissected and drew pictures of his own amputated leg, discovering in so doing the Achilles tendon. From the 18th century, we have the story of a North African-born slave turned Austrian courtier stuffed and put on display after his death in spite of his daughter’s ever more desperate protests, as well as the story of Chopin’s heart as it makes the covert journey from Paris to Warsaw, stored in a tightly sealed jar beneath his sister’s skirt. From the present the quest of a Polish woman who emigrated to New Zealand as a teenager but must now return to Poland in order to poison her terminally ill high-school sweetheart, and the slow descent into madness of a young husband whose wife and child mysteriously vanished on a vacation on a Croatian island and then appeared again with no explanation.

We’re delighted to announce that our #MBI2018 winner is Flights by Olga Tokarczuk, translated by @jenniferlcroft and published by @FitzcarraldoEds! Read more here: https://t.co/64tnsamKpo #FinestFiction pic.twitter.com/kXuVvreTwj

Through these narratives, interspersed with short bursts of analysis and digressions on topics ranging from travel-sized cosmetics to the Maori, Flights guides the reader beyond the surface layer of modernity and towards the core of the very nature of humankind.

Tim Groenland, reviewing in The Irish Times, called it “beguilingly experimental” and likened it to Herman Melville’s Moby-Dick, indentifying “a quirky, open-hearted charm, a species of relentless curiosity that borders on obsession, and an essayistic verve that skilfully guides the reader through occasionally arcane corners of knowledge.

“Our narrator is a wanderer who is intimately attuned to the rhythms of modern travel, with its airport ennui and fleeting conversations; the white whale of the book is the human body itself, pursued through a series of narratives – some fictional and some, like the bizarre story of the posthumous journey of Chopin’s heart, based on historical events – that circle around the amputation of limbs, the embalming of corpses, and the mysterious border between life and death. These journeys and fragments, in Jennifer Croft’s deft translation, accumulate into an enchanting meditation on metamorphosis and connection.”

The winner, announced by Lisa Appignanesi at a ceremony at the Victoria and Albert Museum in London, was selected from 108 submissions by a panel of five judges, chaired by Appignanesi and consisting of writers Michael Hofmann, Hari Kunzru and Helen Oyeyemi, and literary critic Tim Martin.

Appignanesi said: “ Tokarczuk is a writer of wonderful wit, imagination and literary panache. In Flights, brilliantly translated by Jennifer Croft, by a series of startling juxtapositions she flies us through a galaxy of departures and arrivals, stories and digressions, all the while exploring matters close to the contemporary and human predicament – where only plastic escapes mortality.

“Flights is about the contemporary condition of perpetual movement, which is also about never leaving your body, which itself is in movement and is going to die. It’s a book about nomadism; it’s a book about escape, about going from place to place and living in airports. But at the same time you do inhabit a body and therefore we cannot escape the final thing, which is the grim reaper.”