New YA for the new school year: first loves and first murders 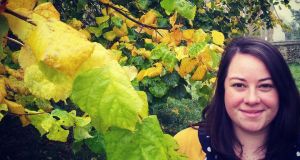 “She knew magic could not and did not exist. It was a shame, but there it was.” Bea is 13 when she first begins to catch glimpses of another world lurking beneath the fragile veil of our own. She doesn’t believe it, but when a wise mentor explains the world of witches and tells her, in long paragraphs and grand words, that she is in danger, it seems as though . . . this will be a predictable fantasy novel.

Fortunately, beyond the first third of the book, things veer off-course in pleasingly unexpected ways, transforming The Lost Witch (Andersen Press, £12.99) into a nuanced and thrilling tale of magic, seduction and coercion. It’s Melvin Burgess’s first book for teenagers in five years and serves as a reminder of why he is such an important figure in British YA literature – not just for his still-acclaimed, still-edgy Junk, but for his capacity to deal with serious moral topics through hugely engaging stories.

Other worlds feature heavily in Marisha Pessl’s Neverworld Wake (Scholastic, £7.99), a psychologically complex tale of five friends trapped in “a closed-circuited potentiality” after a car accident. Like Groundhog Day, each day they “woke up in the exact same place, exact same time. We were songs on repeat, flies in a mason jar, echoing screams in a canyon that could not fade.”

Unlike Bill Murray, though, these teenagers know how to end the loop. But only one of them can live, and it must be decided with a vote. As they learn more about the tangles and corners of the Neverworld, narrator Bee (and yes, that’s two narrators named Beatrice so far – Dante has a lot to answer for) falls back into a world and a time before her boyfriend’s death. A death that all five characters are implicated in ways none of them are quite ready to reveal.

This is Pessl’s first novel marketed specifically as YA but follows in the same vein as her much-praised debut, Special Topics in Calamity Physics – just as sophisticated but slightly shorter, thankfully. The line between “coming-of-age novel” and “young adult novel” is frequently redrawn depending on the state of the market, of course, and Special Topics would likely be marketed differently today (not least because the general adult reader has actually encountered the “YA” label).

That the YA “label” is often more a marketing decision rather than an indicator of content (much as academics and writers devote a great deal of time to “defining” the field) is demonstrated with two recent titles that deal with what it means to be a teenage girl in love and the dark secrets within families, elegantly weaving in the wider cultural and historical context of how women are treated and represented. One – Rebecca O’Connor’s He Is Mine And I Have No Other, already reviewed in this paper – has been pitched as serious literary fiction; the other, Elana K. Arnold’s What Girls Are Made Of (Andersen Press, £7.99), is firmly situated on the commercial teen reader side despite its elegant prose and interwoven magical-realist stories. It features thoughtful observations about female sexuality and the nature of love, opening with the narrator’s mother telling her: “I could stop loving you at any time.”

From a pragmatic standpoint, it makes complete sense to pitch a novel from a poet and literary editor as something quite different to a similar novel from someone already known as a children’s and YA writer, of course. They’re both wonderful books, and I note the contrast not to begrudge either, but as a reminder that currently, the most accurate definition of young adult fiction is: “it’s what a publisher says it is.”

With this in mind, Hodder Children’s Books may be slightly cheating with Nicky Singer’s The Survival Game (£7.99), which has both a paperback and “adult” edition – as though the title and dystopian setting won’t immediately remind us all of The Hunger Games. But 14-year-old Mhairi’s struggle to get back into her home country of Scotland, whose borders have been closed to almost everyone, has no distracting glitz or glamour; it is bleak.

By the second page we know she is capable of killing, but in this not-so-distant, post-climate-change future, there are “too many people in our too hot world” and this is how one stays alive. Despite having papers, Mhairi constantly faces checkpoints and detentions, each one “somebody else’s decision about whether my face fits. Whether I belong. Whether I’m allowed.” Highly topical and relevant, of course, but never didactic; this is an imaginative, skilfully-realised, heart-breaking story.

Finally, for something completely different: glorious, lush escapism in the form of Laura Wood’s debut YA (she’s also written a series for children) novel, A Sky Painted Gold (Scholastic, £7.99). The year is 1929, and 17-year-old Lou is, as she puts it, “fairly inexperienced in the art of romance. Apart from in books, of course.” It’s books that keep drawing her back to the empty Cardew House to sneak into their library, but this summer brings the return of the Cardews – the “impossibly loathsome” Robert and the breathless, charismatic Caitlin.

Fond of “collecting” interesting sorts, Caitlin invites Lou to the first of many glittering parties of the summer, enveloping her in their privilege and glamour. Yet Robert remains difficult to deal with. “It seems like either way you make me cross. But then, I seem to make you cross too, so I suppose we’re even.”

Lou is wonderfully endearing narrator, at times poignant and at times amusing on what it is to be an outsider. With echoes of both Scott Fitzgerald and Austen, this is an utterly delicious love story to be swept up in.