Old favourites: This novel stands near the summit of modern novelistic achievement 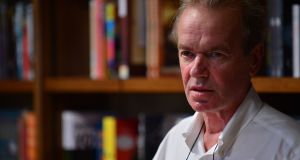 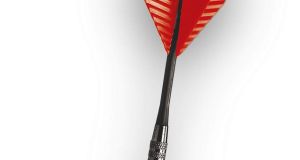 For a couple of decades, resenting Martin Amis has been a British national pastime. Even his many admirers would struggle to deny that Amis goes looking for it: there’s that hard kernel of invidiousness; that flair for the cruel putdown; that insistence on letting you know he reckons he’s better than you (with “you” being everyone who isn’t Martin Amis, or at least Saul Bellow or Vladimir Nabokov).

What makes this effrontery so galling, of course, is that Amis almost certainly is better than you – if writing potent, dazzling sentences in the English language is something you value yourself by. I recently watched the ill-starred film adaptation of Amis’s career-high novel London Fields – it’s nowhere near as bad as the cackling reviews and historically paltry box-office takings suggest – and its wildlife-documentary focus on flayed male egos and gasping sexual want was a reminder of Amis’s longstanding concern with just these questions of status, dominance, superiority, and their dark corollary, humiliation. This being Martin Amis, it’s specifically male humiliation we’re talking about here. London Fields failed to make the 1989 Booker Prize shortlist, cock-blocked by two feminist judges who disapproved of its depiction of women. Even if you feel they had a point, can we nonetheless agree that in its architectonic splendour, visions of megacity entropy and unremitting lingual charisma, London Fields stands damn near the summit of modern novelistic achievement?

In those sinister London Fields, men live under continuous threat of humiliation – through sex, money, status – and their primally frantic recourse lies in the humiliation of other men: letting them know you’re better than them. It’s pitch-dark in the solar glare of Amis’s pre-apocalyptic London, but no novel has ever made me laugh so immoderately (Keith Talent!). It was hysterical laughter edged with fear: his women may be paper-thin objects of desire (“I am a male fantasy figure”, purrs death-dripping honeytrap Nicola Six), but his men are all in hell – a territory Amis knows too intimately to be beyond sympathy.