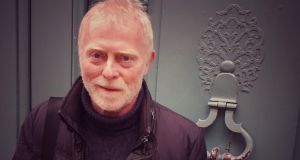 Frank Ormsby: “The collaboration of three universities and both arts councils is a bold venture and I am honoured and thrilled to be part of it.”

Frank Ormsby has been awarded the prestigious position of the Ireland Professor of Poetry, President Michael D Higgins announced at a reception today in Queens University Belfast.

Ormsby will be the eighth Irish Professor of Poetry, taking over from its current holder, Eiléan Ní Chuilleanáin, at the end of October until November 2022.

The Ireland Chair of Poetry was set up in 1998 following the award of the Nobel Prize in Literature to Seamus Heaney, to honour his achievement and that of other Irish poets.

Ormsby said of his appointment: “the professorship of Irish poetry is unique. It has done more than any other initiative to raise the profile of poetry in Ireland in the last 20 years, both as a recognition for established poets and a golden opportunity for younger emerging poets. The collaboration of three universities and both arts councils is a bold venture and I am honoured and thrilled to be part of it.”

Ormsby was born in 1947 in Enniskillen and educated at Queen’s University, Belfast. He was a central figure in the burgeoning of Ulster poetry since the 1960s , as editor of the Honest Ulsterman magazine for 20 years and editor of influential anthologies, such as Poets from the North of Ireland and A Rage for Order: Poetry of the Northern Ireland Troubles. To date he has published seven collections of poems, most recently The Darkness of Snow. His eighth collection, The Rain Barrel, will be published in October. He was also head of English at the Royal Belfast Academical Institution until 2010.

Many poems in The Darkness of Snow address the poet’s experience of living with Parkinson’s disease. In an interview with Reading Ireland magazine, published on irishtimes.com today, he said: “I am a man in a hurry. I have diabetes type 2 and Parkinson’s and have had the experience of being taken suddenly into hospital and I know that the diseases are potentially fatal. From that point on, I am in a hurry. I feel free but psychologically I must have a sense, however deeply buried poetry is in there, that my time is limited and that I must get the poems on to paper whatever.”

Prof Kevin Rafter, chair of the Ireland Chair of Poetry Trust, said, “I want to wish Frank Ormsby good wishes in his work as the new Ireland Professor of Poetry. The announcement of his appointment by President Higgins at Queen’s University is fitting given the all-Ireland nature of the Poetry Trust.”

The Ireland Chair of Poetry was established by the Arts Council/ An Chomhairle Ealaíon, the Arts Council of Northern Ireland, Trinity College Dublin, Queen’s University Belfast and University College Dublin to celebrate the exceptional contribution of Irish poets to the world of literature. The Chair is tenable for a period of three years (non-renewable) during which time the holder will be attached to each of the three universities in turn and will be required to be in residence at each for approximately one academic term per year. In addition, the holder will make three formal presentations and hold other informal workshops, lectures and readings for the public.

John Montague was the first Ireland Professor of Poetry from 1998 to 2001 and was followed by Nuala Ni Dhomhnaill in 2001; Paul Durcan; Michael Longley; Harry Clifton; Paula Meehan; and Eilean Ní Chuilleanáin.