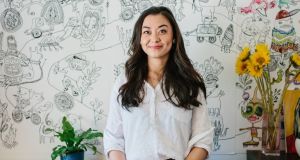 For four years, the woman whose Stanford University sexual assault case caused a public outcry in the United States has been known only as “Emily Doe. ” In her new memoir, Know My Name, which charts her life since then, she reveals her real name: Chanel Miller.

In 2016, Miller’s case made headlines in the US after BuzzFeed published the statement she read at the sentencing hearing for Brock Turner, the Stanford student convicted of the assault.

Turner, then 20, was found guilty of three counts of felony sexual assault, for which the maximum sentence was 14 years. But the presiding judge, Aaron Persky, sentenced Turner to six months in jail, of which he served three. Persky’s ruling drew criticism from those who viewed it as too lenient and he was recalled by voters in 2018.

“I just remember being in my kitchen and reading this incredible, riveting piece of work,” Andrea Schulz, the editor-in-chief of Viking, the book’s publisher, said about reading the victim impact statement in the summer of 2016. Soon after, Philippa Brophy, a literary agent who represents Miller, contacted Schulz to say her client was interested in writing a book.

“I jumped out of my chair to acquire it,” said Schulz, who declined to say how much Miller had been paid, “because it was just obvious to me from the beginning what she had to say and how different it was and how extraordinarily well she was going to say it. She had the brain and the voice of a writer from the very beginning, even in that situation.”

Although Miller’s case preceded the #MeToo movement, her statement and Turner’s sentence became part of the intense debates around rape, sexism and sexual misconduct over the past years. In addition to the judge’s recall, the first time voters in California took such an action in more than 80 years, the governorof California, Jerry Brown, signed a bill imposing mandatory minimum sentences in sexual assault cases. Miller’s statement was read aloud on CNN and on the floor of the US House of Representatives.

Miller started working on the book in early 2017, and since then it has shifted and expanded as conversations about sexual violence moved increasingly to the fore. The process of writing Know My Name was also, in part, a way for Miller to piece together the totality of what happened the night she was assaulted. She read pages of court documents and transcripts of witness testimonies she had not been allowed to hear during the trial. She and Schulz had weekly calls to discuss what Miller was discovering and how it would shape the book.

The cover art for Know My Name is inspired by the Japanese art of kintsugi or “golden repair,” in which broken pottery pieces are mended using lacquer and powdered gold. It’s a process that makes a new, beautiful object out of what has been broken, emphasizing where it has cracked. The association is meant to represent Miller’s recovery, from the assault as well as the trauma of a trial, Schulz said.

“It is one of the most important books that I’ve ever published,” she added, because of its potential to “change the culture that we live in and the assumptions we make about what survivors should be expected to go through to get justice.” – New York Times

The Perfect World of Miwako Sumida: Secret lives in Japan
4