Best-Loved Joyce is designed to make Joyce manageable for those who are short on time or, like me, low on concentration 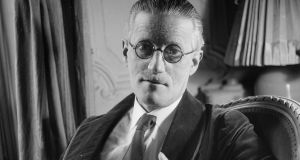 James Joyce: To learn one must be humble. But life is the great teacher. Photograph: Lipnitzki/ Roger Viollet/ Getty Images

Till relatively recently, I have had a fraught history with James Joyce. This has been primarily due to my own almost pathological laziness.

Thirteen years ago, while studying English literature in University College Cork, there were modules on Joyce’s work but they might as well have been courses on the life cycle of pond amoeba. In my final year, I even signed up for a course on Mills and Boon romances in order to avoid lectures on Ulysses – it’s a shameful thing to admit you picked Barbara Cartland over James Joyce.

Thankfully, by my mid-twenties, I began to fight against this inertia. I made up my own reading lists, trying to fill in the gaps in my knowledge, and a solid attempt at Joyce’s work was finally made. With Ulysses, I began the audiobook (a great help, suggested in an interview by Edna O’Brien). It was later, when the O’Brien Press decided to bring out The Dublin Edition of Ulysses (an edition I worked on), that my appreciation of Joyce began to deepen.

In 2015, I put together a proposal for a third book in the O’Brien Press’s Best-Loved series. Joyce had seemed the natural Irish author to follow on from Yeats and Wilde. However, Joyce’s work wasn’t what you’d call “bite size”. However, with a highlighter in hand, I worked through the texts.

As it turned out, first impressions were wrong; there was lots of material. I focused on quotes that a reader could enjoy in a couple of minutes, be it seated on a train or cosy in bed before sleep.

That is the purpose of Best-Loved Joyce. It has been created to make Joyce manageable for those who are short on time or, like me, low on concentration. Something for those who, after a day of meetings, head home, do the washing and change the crusty bed sheets, scrape mutton fat and burnt chips off the kids’ plates, ring Sky customer service and argue with India for two hours, and are fit for nothing but a glass of wine and a snore on the couch. In two or three lines of Best-Loved Joyce, they can be moved by his beautiful prose, rich with ideas and emotion. Or maybe simply smile at Joyce’s wit, before going back to the wine and snoring.

The following would be some of my personal favourites from Joyce’s writing:

A father, Stephen said, battling against hopelessness, is a necessary evil.
Ulysses

She respected her husband in the same way as she respected the General Post Office, as something large, secure and fixed.
A Mother, Dubliners

To learn one must be humble. But life is the great teacher.
Ulysses

I suppose she was pious because no man would look at her.
Ulysses

Good Puzzle would be cross Dublin without passing a pub.
Ulysses

We were always loyal to lost causes, the professor said. Success for us is the dark of the intellect and of the imagination.
Ulysses

I wanted real adventure to happen to myself. But real adventures, I reflected, do not happen to people who remain at home: they must be sought abroad.
An Encounter, Dubliners

Think you’re escaping and run into yourself. Longest way round is the shortest way home.
Ulysses

I resent violence or intolerance in any shape or form… It’s a patent absurdity on the face of it to hate people because they live around the corner or speak another vernacular, so to speak.
Ulysses

No God for Ireland! he cried. We have had too much God in Ireland. Away with God!
A Portrait of the Artist as a Young Man

One by one they were all becoming shades. Better pass boldly into that other world, in the full glory of some passion, than fade and wither dismally with age.
The Dead, Dubliners

The final quote is my favourite line by Joyce, for courage and boldness was the essence of who Joyce was. His courage to continue writing, even after the first Dubliners print run was destroyed. How many Irish men would’ve had the courage to say in 1916, “No God for Ireland! he cried. We have had too much God in Ireland. Away with God.” How many Irishmen in 1918 would’ve had the courage to write Molly Bloom’s soliloquy in Ulysses – celebrating female sexuality at a time when a woman merely showing an ankle was considered obscene. It took courage be honest about humanity when people wanted to ignore the truth.

Joyce was true to his art because he had courage in his convictions. He consistently worked despite setbacks and the rewards of him living boldly mean we now have the gift of his words. I hope Best-Loved Joyce gives a few more people a taste of Joyce’s brilliance, a brilliance that I once did everything I could to avoid.
Best-Loved Joyce written by James Joyce, Introduced by Bob Joyce and Edited by Jamie O’Connell is published by The O’Brien Press and is available in bookshops and online, priced €12.99. O’Connell will read at a Best-Loved Joyce event in AIB Rathgar on June 16th at 6pm.
Dublin-based writer Jamie O’Connell teaches in University College Dublin and works for Gill Books. His short fiction has been published in a number of journals, featured on RTÉ Radio, and he has read at many festivals and universities in Ireland, China, Spain and the USA. His work has been shortlisted for the Maeve Binchy Award and the Sky Arts Futures Fund, and long-listed for BBC Radio 4’s Opening Lines Short Story Competition. He is the editor of The Dublin Illustrated Edition of Ulysses (The O’Brien Press, 2014)