‘I conceived S.T.A.G.S. as a kind of dark Hogwarts’

Set in an ancient public school where social media is banned, STAGS suggests that bullying would still exiart in an analogue world 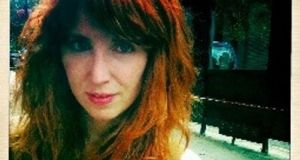 MA Bennett: Even in a rarified, nostalgic world of an analogue public school, there is no escape from the bullies

Zeitgeist is a funny thing (not just a funny word.) It seems, when I wrote my debut novel S.T.A.G.S., I unwittingly hit upon it.

When I wrote the story of St Aidan the Great, an ancient public school where the privileged pupils hark back to a time before the internet, I must have struck some sort of a chord. As we speak, the book has sold to numerous territories, including America, been optioned for a feature film by Fox and spawned a sequel. And it’s not even out yet.

No one is more surprised than I. But then I began to think about the book’s themes. Perhaps the notion of a school and a stately home where smartphones and computers are banned had some appeal.

Perhaps it was because I wasn’t the only parent who was sick of staring at the top of my kids’ heads as they tapped away on their screens. Perhaps it was hearing other middle-class parents at the school gates booking holidays in rural Wales or Sardinia, somewhere off the grid where their unplugged offspring would be forced to swim in the sea and play board games. Perhaps Sir Tim Berners Lee, the benevolent inventor of the internet, was a modern-day Pandora. Yes, the internet is a gift, but is it also the font of all evil?

In S.T.A.G.S. my working-class heroine Greer MacDonald is struggling to settle into the sixth form at the exclusive St Aidan the Great boarding school, known to its privileged pupils as S.T.A.G.S. At half-term she is invited to Longcross Hall, an ancient and sprawling stately home, where video games are off the menu and the entertainment is strictly huntin’, shootin’ and fishin’.

I conceived S.T.A.G.S. as a kind of dark Hogwarts. It doesn’t have magic, but it is, in its own way, just as different from the outside world. For within the ancient walls of the school a charismatic cult of prefects – the Medievals – reject modernity in the form of screens (smart phones, social media and the internet) and call those who use them “Savage”.

Young people are increasingly dependent on tech not just for their entertainment but for their social interaction. They would find the upbringing I had – handwritten essays, landlines, VCRs – completely unmanageable. Parents in their forties are uniquely placed to appreciate the problems their children face, as they lived before and after the tech watershed.

Soon after I finished the book I read that headmaster Gregg Davies of £18,000-a-year Shiplake College in Henley-on-Thames had banned mobile phones from his school. It could have been a plotline straight from S.T.A.G.S. One of the major reasons Mr Davies gave for the ban was the proliferation of social media. His ban, he claims, relieved his pupils of the “pressure of constantly showcasing their life online”.

But there’s a darker side to social media too, besides the peacocking of what you’re eating or what you’re wearing or what gig you went to. Bullying used to be the spectre of the playground. Now, thanks to social media, children can be bullied in their own homes. Which begs the question: is social media really social? In one sense it connects children like never before. In another sense, it makes them vulnerable 24/7. But can we put the genie back in the bottle? And if we could, should we, or do the many benefits of the digital age outweigh the new problems our children face?

In my book I posit the theory that social media just amplifies what is already there. If we take tech away – Lord of the Flies – bullying just re-enters the real world, as it does at S.T.A.G.S. Even in a rarified, nostalgic world of an analogue public school, there is no escape from the bullies.

And there’s no denying the benefits of the Old School Tie; those who run Britain are overwhelmingly privately educated

Interestingly though, the world of public school has become more, not less, attractive to the modern child. You can draw a straight line from this trend to JK Rowling’s Hogwarts, which prompted an unprecedented spike in boarding school applications. And there’s no denying the benefits of the Old School Tie; those who run Britain are overwhelmingly privately educated. David Cameron and Boris Johnson, alumni of the notorious Bullingdon Club, ended up running the country, so perhaps exclusive cliques are a good preparation for government?

Of course, modern-day public schools (with the exception of Shiplake College) embrace tech as much as the next school. It’s now as necessary to be tech savvy as it is to read and write, because tech now runs the world. But our reliance on technology to almost the exclusion of all other systems has led to another threat – that of Cybersecurity. Recently the NHS went into meltdown thanks to North Korean hackers, and there is increasing evidence to suggest that the Russians were able to rig the US election. You can’t put the genie back in the bottle and Pandora can’t close the box. But perhaps we are sleepwalking into a world which is less secure, not more, and nostalgia for a simpler world is not entirely misplaced.