Reality Is Not What It Seems review: Carlo Rovelli’s journey to quantum gravity

John Banville on the awe, inquisitiveness and humility at the heart of the scientist’s follow-up to Seven Brief Lessons on Physics 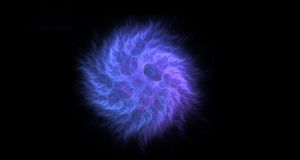 Stroke of genius: Albert Einstein asked himself, “what if the gravitational field turned out actually to be Newton’s mysterious space?”. Illustration: David Parker/Science Photo Library/Getty

Book Title:
Reality Is Not What It Seems

We do not live in the real world. This is the hard lesson that quantum theory would teach us. It is a theory that, to our way of thinking, makes no sense. Einstein was deeply suspicious of it – as he famously said, God does not play dice – and even its keenest proponents freely admit to being baffled by it. Richard Feynman, whom Carlo Rovelli considers the greatest physicist of the latter half of the 20th century, was typically candid when he wrote: “I think I can state that nobody really understands quantum mechanics.” All the same, quantum mechanics works, and works a range of wonders, from nuclear power to mobile phones.

Carlo Rovelli, born in Verona in 1956 and currently based in France, is a former student activist – in the 1980s he was briefly incarcerated for refusing a mandatory stint in the Italian army – a journalist and author, and a scientist, who along with Lee Smolin and Abhay Ashtekar formulated the theory of loop quantum gravity, of which more presently. Rovelli’s book Seven Brief Lessons on Physics, first published in Italian in 2014, became a world bestseller. In Reality Is Not What It Seems: The Journey to Quantum Gravity he sets out to introduce us to an exceedingly strange state of things in which there is no such thing as infinity, time as we think we know it does not exist, and the universe is the product not of a big bang but of a big bounce.

If this book has a hero it is Democritus of Abdera, who in the fifth century BC built, as Rovelli has it, the majestic cathedral of ancient atomism

He begins his “journey to quantum gravity” very far back indeed. If his book has a hero it is Democritus of Abdera, who in the fifth century BC, along with his teacher Leucippus, devised a new kind of scientific philosophy and built, as Rovelli has it, “the majestic cathedral of ancient atomism”. The idea was simple, but it had momentous consequences; according to it, “the entire universe is made up of a boundless space in which innumerable atoms run,” Rovelli writes. “Atoms are indivisible; they are the elementary grains of reality, which cannot be further subdivided . . . They move freely in space, colliding one with another; they hook onto and push and pull each other. Similar atoms attract each other and join. This is the weave of the world.”

Plato and Aristotle knew Democritus’s theories, and rejected them. “They did so on behalf of other ideas, some of which were later, for centuries, to create obstacles to the growth of knowledge. Both insisted on rejecting Democritus’s naturalistic explanations, in favour of trying to understand the world in finalistic terms – believing, that is, that everything that happens has a purpose; a way of thinking that would reveal itself to be very misleading for understanding the ways of nature . . .” Thus were philosophy and science led down a blind alley in which they remained trapped until Einstein found a way out. One of the effects of relativity theory, and its troublesome adjunct, quantum theory, is to show us that when it comes to the fundamentals of reality, common sense is non-sense.

There were others who made rescue attempts. Lucretius, born in Rome in 99BC, in his great poem De Rerum Natura (On the Nature of Things) sought to rid us of our superstitions and make us see and love the world for what it is, not for what we imagine it to be. “There is a sense of luminous calm and serenity about the poem,” Rovelli observes, “which comes from understanding that there are no capricious gods demanding of us difficult things, and punishing us.” The Christian Church would have none of this, of course, and Lucretius’s work was banned by the Council of Trent in 1551. However, censorship often achieves the opposite of its intended effect, and Lucretius triumphantly survived the edict.

How does Democritus’s world of swirling atoms work? By gravity, mainly. We all know about gravity, or think we do. “On earth,” Rovelli tells us, “this force causes things to fall; in the heavens it holds planets and satellites on their orbits. The force is the same.” Yes, but by what means does this force operate? How can there be “action at a distance”, as the ancients termed it? Everyone before Einstein – Copernicus, Kepler, Galileo, even the sublime Newton – fudged the question.

The other main force governing the physical world is electromagnetism, by which was introduced the concept of the “field”. It was the great Michael Faraday who, despite being uneducated and knowing no mathematics, came, by way of experiments with, as Rovelli tells us, “bobbins, needles, knives and iron cages”, to an intuition upon which modern physics is based. Here is how Rovelli describes that intuition: “We must not think of forces acting directly between distant objects, as Newton presumed. We must instead think that there exists an entity diffused throughout space, which is modified by electric and magnetic bodies and which, in turn, acts upon (pushes and pulls) the bodies. This entity . . . is today called the field.”

Enter Albert. It was Einstein’s “extraordinary stroke of genius”, Rovelli writes, “one of the greatest flights in the history of human thinking”, to ask himself, “what if the gravitational field turned out actually to be Newton’s mysterious space” through which objects appear to act upon each other at a distance? “What if Newton’s space was nothing more than the gravitational field? This extremely simple, beautiful, brilliant idea is the theory of general relativity.” And according to that theory, gravitation is an effect of the curvature of space – or space-time, as Einstein would have it. And, no, there is neither space nor time enough here to explain, or even explore, that effect. Read the book.

Many if not most of the ramifications of relativity theory are counter to human intuition. Take our notion of the present, which according to relativity, Rovelli writes, “is like the flatness of the Earth: an illusion”. Your present is not the same present as that of your twin, who is in a spaceship travelling at immense speed. When he returns to Earth he will be younger than you are. And were you to hover for half an hour near the edge of a black hole in space – the theory of black holes was inherent in Einstein’s relativity equations – you would come back to discover that centuries of world-time had passed.

And what of loop theory, of which Rovelli was one of the originators? It is based, we are told, on the idea that “area is not continuous, it is granular . . . Space appears continuous to us only because we cannot perceive the extremely small scale of . . . individual quanta of space. Just as when we look closely at the cloth of a T-shirt, we see that it is woven from small threads.’

Quanta of space? Yes, according to loop theory, space is not emptiness but a congeries of unimaginably tiny grains, or closed lines, or – yes, you guessed it – loops. This resolves a number of hitherto baffling conundrums, for instance the one about Achilles and the tortoise. In a race between the two of them “Achilles does not need an infinite number of steps to [overtake] the tortoise because, in a space made of grains of finite size, infinitely small steps do not exist.”

Rovelli’s book is a compendium of wonders, wonders that the author contemplates in a state of mingled awe, inquisitiveness and humility. Even in a discussion of the difficult topic of information theory he displays a deep strain of poetic humanism – “I believe that in order to understand reality we have to keep in mind that reality is [a] network of relations, of reciprocal information, which weaves the world.” Along the way he demonstrates the possibility of free will, as quantum indeterminacy means that “the future is genuinely unpredictable”.

He also seeks, by implication, to return to us our essential humanity, some of which classical science would take away. “We are not atoms; we are orders in which atoms are arranged, capable of mirroring other atoms and mirroring themselves . . . As humans, we are that which others know of us, that which we know of ourselves, and that which others know about our knowledge. We are complex nodes in a rich web of reciprocal information.”