These titles are tied together by themes of grief, loss, and a sense of ‘brokenness’ 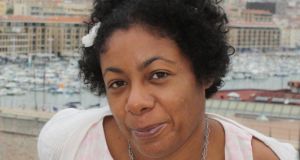 Patrice Lawrence: her novel Orangeboy won both the Waterstones Children’s Book Prize and YA Book Prize this year

Grief, loss, and a sense of “brokenness” suffuse several recent young adult titles, although these thematic similarities still result in very different novels. The most intriguing and innovative of this month’s selection is Kendra Fortmeyer’s Hole in the Middle (Atom, £7.99), in which 17-year-old Morgan has a literal gap in her body that she’s kept hidden for years. When she finally bares the hole in her stomach at a nightclub, she finds herself “more myself than I have ever been”, but this sense of self-worth is soon impinged upon by a social media frenzy.

This in turns to leads to meeting Lump Boy, whose body offers up her missing puzzle piece – but Morgan is suitably sceptical about the idea that this stranger is her “destiny”. The magical realist element allows for a sharp but never preachy take on body image, romance and internet culture, most delightfully when strangers speak up about their own “holes”, having “found an empowering metaphor for their lives” in the narrator. An optimistic ending is hard-won rather than saccharine. With this debut, Fortmeyer establishes herself as a writer to watch.

Patrice Lawrence, whose Orangeboy won both the Waterstones Children’s Book Prize and YA Book Prize this year, presents a heroine who sees herself as an Indigo Donut (Hodder, £7.99). Indigo lives with her foster mother and is prone to violent episodes, something she refers to as the “thing” passed on by her father. “It waits until there’s a trigger and then it goes mental and I’m not there anymore, it’s just the thing.”

At school, her capacity to stand up to bullies means that cute-and-sensitive Bailey knows she doesn’t need a hero, and yet he tries to be one when a homeless man approaches him with information about Indigo’s troubled past. He is very much the love interest rather than a rounded character in his own right, but Indigo’s grief and sense of being “broken” is handled masterfully.

The best tear-jerkers are often novels where pain goes hand-in-hand with humour, and Hayley Long’s The Nearest Far Away Place (Hot Key Books, £7.99) offers up a superb example. Fifteen-year-old Dylan and his younger brother Griff, of whom he is fiercely protective, lose their parents in a horrific car accident. Sent to live with first their kind school principal and later with relatives, they stumble through their grief, aided by music and poetry.

“No amount of tragedy could ever make me tragic enough to refer to myself in the third person,” Dylan advises us as he shares the words of Dylan Thomas. The casualness of the voice, even as he is clearly hurting, keeps the novel from being unrelentingly grim; flashbacks to the various places the family lived also offer relief from the slowly unravelling truth about just how complicated Dylan’s grief is. This is a superb depiction of sibling love, complete with its frustrations and arguments.

Another recent sibling-focused novel, Julie Israel’s Juniper Lemon’s Happiness Index (Penguin, £7.99) also has a tragic car crash at its core. When the novel begins, it’s been 65 days since Juniper lost her older sister, Camilla. The discovery of an unsent letter to a boyfriend only known as “You” prompts an investigation; while losing one of the index cards she records her daily “happiness” on (a project that initially seems painfully twee but transpires to be a way of honouring her sister’s memory) brings her into contact with a variety of new friends.

Juniper’s narration is interspersed with these cards and lists, including her own metaphorical “Holes”: “A sister. A lined card. A lover in a letter. A blank night, a blackout: the hours I can’t remember.” At times, the novel feels like its own list of American YA tropes: the incredibly apt homework assignments that allow for psychological growth, the apparent bad boy with a dark secret and soft heart, the lyrical musings on absence and negative space. Despite this sense of familiarity, though, this debut is an engaging and thoughtful read.

Matthew Crow’s Another Place (Atom, £7.99) follows his much-praised In Bloom. It explores mental illness and grief through his narrator Claudette, just out of hospital after a particularly bad episode of bipolar disorder. The novel is at its best on these issues; Claudette notes how often people try to cheer her up: “They’d come at you with forced joviality. It’s as though they imagined the excess happiness would rub off somehow; that maybe you’d become well again as if by osmosis.”

Another character shrewdly observes, “We have to become emergencies before we are tended to properly.” In dialogue, however, it feels a little overblown, and many of the characters are prone to grand proclamations rather than realistic conversation. The plot – in which Claudette tries to uncover what happened to her missing friend, and ends up facing down a local criminal – veers towards the melodramatic at times, too, which is unfortunate. In contrast, the portrayal of Claudette’s relationship with her father – one of those rare good parents in young adult fiction – is beautifully done.

Finally, in an attempt to fill an absence in popular history, Sarah Prager’s Queer There and Everywhere: 23 People Who Changed The World (HarperCollins, £12.99) provides breezy biographies of LGBTQ+ figures from the past, alongside encouragement towards today’s youth to “Live bravely”. The book is heavy on inspiration and light on historical analysis; while the reminder that “putting present labels on past actions is tricky” is welcome, there is little reference to the sources used or any question marks over their validity. It is, however, undeniably a useful starting point for anyone delving into queer history and one school libraries should embrace.