British bookshops are keeping stashes of ‘Normal People’ behind their counters 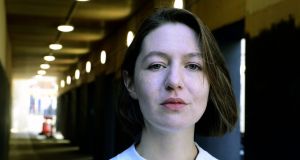 A good measure of a book’s success is: are booksellers tired of being asked if they have it in stock? In one south London bookshop, the owner has put a sign in the window advising that, yes, they do have copies of Sally Rooney’s Normal People, the literary phenomenon of the year.

This week, the 27-year-old Irish writer became the youngest novelist ever to land the Costa awards’ best novel prize. Normal People is now favourite to win the prize for overall book of the year at the end of the month. Her second novel has been a surprise – not for its quality, which was assured after her confident debut, Conversations with Friends, but for the response to it. No literary novel has had such an impact on conversation beyond the usual huddles of luvvies since perhaps Jonathan Franzen’s Freedom, or, before that, Zadie Smith’s White Teeth, or, even before that, Monica Ali’s Brick Lane.

Booksellers have said they are keeping a stash behind the counter, putting them in the hands of customers before they can even blurt: “Do you have …” Not that they mind it; Waterstones’ staff named it as their favourite book to recommend last year, while one Hatchards bookseller says it was the first book the chain had began to see more commonly sold in multiples, to people eager to share it with friends. I was buying three copies at the time.

So why has it become the novel of the moment – and, arguably, the decade? Normal People is a quiet, literary novel – but it is a zeitgeist novel too (despite being set five years ago). It’s hard not to emerge from Rooney’s book about two young people navigating adulthood in post-crash Ireland and sense that, somehow, the author has spotted something intangible about our time and exposed it. Like other zeitgeist novels, from Gone with the Wind, when mass fiction began booming in the 1930s, to Franzen’s post 9/11 tome Freedom, Normal People has trapped a moment – in this case, our new sense of collective precariousness – whether individual, economic or political.

It is the first novel I have read that has convincingly captured what it is to be young today: often overeducated, neurotic, slightly too self-aware. So much can be read into the aspiration of Rooney’s character Connell to one day “start going to dinner parties and having conversations about the Greek bailout” – a dream to a young man with preconceived ideas about what successful adults do. Or, indeed, to his fellow protagonist Marianne’s sense that “her real life was happening somewhere very far away, happening without her, and she didn’t know if she would ever find out where it was or become part of it”.

“Hysterical realism” was the name the critic James Wood once gave to the mid -2000s boom of novels ostensibly deliberately setting out to capture the moment. He was not a fan of novels he saw as overstuffed with symbolism and real world events. But what Rooney is doing differently from Ian McEwan’s Saturday (the Iraq war) or Smith’s White Teeth (multiculturalism and globalisation) is to not make it feel like a lesson.

The most compelling question the novel poses is, simply: will Marianne and Connell eventually be happy? In one scene in Normal People, Connell is so engrossed by Jane Austen’s Emma that he loses track of time and, leaving the library, he marvels: “It feels intellectually unserious to concern himself with fictional people marrying one another. But there it is: literature moves him.” There it is. – Guardian