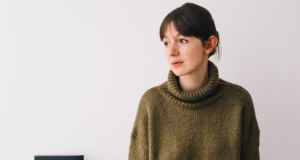 As Anne Enright wrote in her 2011 novel The Forgotten Waltz, being the “Not Wife” is a delicate business. It’s a lesson that 21-year-old Frances, the narrator of Conversations with Friends, learns over the course of a listless college summer where she begins an affair with a married man.

A cracking early scene sees Frances and her best friend Bobbi invited to the southside Dublin home of journalist Melissa, whose interest in the pair is sparked after profiling their spoken word double act. While Bobbi favours Melissa, Frances is attracted to her actor husband, Nick. The battle lines are drawn from the beginning.

To Bobbi, Melissa is vibrant and beautiful. To Frances, she’s a phony: “She made us all laugh a lot, but in the same way you might make someone eat something when they don’t want to fully eat it.” Frances’s acuity and obsessive need for authenticity recalls literature’s most famous phony decrier, Holden Caulfield. Sally Rooney’s narrator has some years on Salinger’s, however, and her insights come from a more detached voice.

The emotional intelligence and precision of Conversations with Friends delivers a dynamic debut novel about the messy, overlapping relationships between four captivating characters.

Frances and Bobbi are not only friends but former lovers, a relationship that Frances depicts with great depth of feeling and admiration: “Onstage she was the superior performer and I often glanced at her anxiously to remind myself what to do.” Although they’ve split up, the pair remain inseparable – until Frances’s affair with Nick drives a wedge between them.

The insidiousness of affairs comes through in the disintegration of their once formidable friendship. Bobbi’s “tendency to get inside things and break them open” builds over the course of the summer, culminating in a tense holiday in Provence where the affair is a barely kept secret in a house of guests who seem determined to ignore it.

The American author Molly McCloskey’s latest novel, When Light Is Like Water, published last month, charts similar terrain but from the perspective of an older woman looking back on an affair that ended her marriage. Both McCloskey and Rooney bring their respective affairs to life with sensual writing that seeks to highlight the complexity of desire. For Frances, it’s like “a key turning hard inside my body, turning so forcefully that I could do nothing to stop it”.

Enright’s The Forgotten Waltz comes to mind thematically, and in the sharp, wry voice of its female narrator. There are similarities, as well, even in name, between Frances and Sara Baume’s protagonist Frankie in her recent novel A Line Made by Walking. Both are highly intelligent young women who step back from the world to observe its strangeness. They are modern-day seers, at once harsh and funny.

Frances is brutal in her criticisms, with Rooney capturing the pitch-perfect tone of a certain type of college student whose self-righteousness is undercut with self-loathing. Frances calls the adult characters out on their assumptions and blase comments. She dissects their use of language, such as Melissa’s assertion that time is “so funny”. She notices the “tendency of people to emphasise the qualifications of refugees”.

She is equally forthright on the affair itself: “During these discussions, Nick laughed at all my jokes. I told him I was easily seduced by people who laughed at my jokes and he said he was easily seduced by people who were smarter than he was.” As their relationship starts to break down, Frances knows she’s going to tell him “the most desperate thing I could possibly tell him, as if even in the depths of my indignity I craved something worse”.

Communication, or lack thereof, is a major theme. Frances gets on well with her mother back home in the west of Ireland, but her relationship with her alcoholic father has been fraught since childhood. Away at college in Dublin, she flits between humouring and ignoring him, until that option is taken from her.

The means through which Frances and Nick communicate is analysed throughout the book. Much of their correspondence is through email and instant messenger: “Our relationship was like a Word document that we were writing and editing together, or a long private joke which nobody else could understand.”

When the affair sours, Frances must deal with the consequences alone; the penance of the fallen woman. After an agonising meeting with Nick and Melissa at a book launch, Frances is unable to share her inner turmoil with Bobbi: “Upstairs, we got our coats and then walked home together talking about college, about Melissa’s new book, about things that didn’t really concern us.”

The ultra-cool repartee between Frances and Nick may grate with some readers, and Rooney does her utmost at times to cast her narrator in an elitist, unsympathetic light: “My ego had always been an issue. I knew that intellectual attainment was morally neutral at best, but when bad things happened to me I made myself feel better by thinking about how smart I was.”

This is fearless writing that seeks to get at the truth of an affair and a singular young woman who decides, with very little soul-searching, to enter into one. The pain this causes is contrasted with the high points, and Rooney is excellent on sex: “After a while it felt so good that I couldn’t see clearly any more, and I wasn’t sure if I could pronounce whole sentences.”

Later on, the physical thrills no longer suffice: “I ran my finger along his collarbone and said: I can’t remember if I thought about this at the beginning. How it was doomed to end unhappily.”

From the west of Ireland, Rooney has a master’s in creative writing from Trinity. At just 26, her work has appeared in Granta, The White Review, The Dublin Review, The Stinging Fly, Kevin Barry’s Stonecutter and the Winter Papers anthology.

The “conversation” of the title recurs frequently throughout her accomplished debut. From the breakdown in communication between Bobbi and Frances, to Nick’s role as listener, to the fact that during the affair their eyes “seemed to be having a conversation of their own”, the disparity between what people feel and how they express it is expertly mined by Rooney.

Without a doubt, Conversations with Friends will be a major talking point this summer.