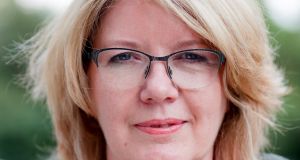 “Bobby Sands MP lay in the hospital wing of his prison. He had received the Last Rites on 17 April, Good Friday.” Derry, 1981, and a group of teenagers approaching the end of secondary school are trying to figure out what to do with the rest of their lives. As they get drunk and get off with each other in the local dive, the Cave, the outside world seems distant and unreal.

The strength of Geraldine Quigley’s debut Music Love Drugs War lies in the clash of the two worlds, the trivial decisions around make-up and New Romantic outfits set against the stark violence of sectarian war.

In early chapters Quigley cuts away from the nights out to give a jarring sense of what life in 1980s Derry is like. An ex-IRA member in his 20s, Kevin wanders home drunk from the Cave, thinking about his girlfriend Liz: “Lost in his thoughts, [he] almost collided with the heavily padded torso of a British soldier. Suddenly, there was a rifle pushed against his chest.” The unreality of the situation is pressed upon the reader and Quigley does her best to show us how difficult it was for teenagers and their parents, to live normal lives under constant scrutiny and in fear of the next attack.

From Derry, Quigley was chosen for Penguin’s WriteNow mentoring programme, which aims to nurture and publish under-represented writers. The author, who works full-time in a call centre, applied to WriteNow as a way “to get her voice – one which represents working class women – to be better heard”.

The troubles of working-class characters certainly come through, from the McLaughlin family, helpless to stop their son Paddy enlisting in the IRA, to the wider Catholic community’s vulnerability as British soldiers police the streets. Oppression and fear come from both sides, with families like the McLaughlins stuck in the middle.

In a book that has far too many narrators, siblings Paddy and Liz McLaughlin are central characters, the former a teenage hothead who joins the IRA with his friend Christy following the death of another friend. Liz, meanwhile, is a bright young woman, determined to be the first in her family to get to college. Her friend Orla is a vibrant, nuanced character, who loses her new boyfriend to the violence, and then sadly disappears for the rest of the action.

With further narrators including Kevin, the parents Jim and Bernie McLaughlin, Paddy’s friend Christy and the frequent and arbitrary drifting into the perspective of side characters – a gun trainer for the IRA, a British solider, a priest – the novel is heavy with the weight of too many voices and lacks discernment as it switches between them. It seems an issue of editing more than with the writing itself, which has plenty to offer in terms of detail.

The youth vibe comes across well in the scenes in the Cave, the rivalries, the hook-ups, the way other locals are known: “He’s the man who found the mouse on the floor in here and ate it for a bet.” Liz gives a beautiful description of the family home and by proxy, her mother’s hard work: “The air hung with the scent of the hot iron on cotton, the almost indistinct scent that was as much a sensation: hot metal, the slightly scorched cover of the ironing board, the lingering essence of washing powder enhanced by steam, dampening the fabric.” The details of joining the IRA come across as realistic also, from the gun training south of the Border, to the fact that Paddy and Christy carry out orders with zero context.

But for all its commendable detail, the book doesn’t quite cohere. There are too many characters, too many bitty scenes, too much action and yet at the same time, the sense that we are not seeing things play out enough, leaving an unsatisfactory, sketch-like impression to the narrative. The author can often be heard in character descriptions and in the opening paragraphs of chapters.

The music of the title seems like a token effort – it fails, for example, to create the sense of nostalgia of the wonderful 1990s soundtrack in the TV show Derry Girls – and the drug taking in particular stretches credibility. “An afternoon that had started out with a few cans of beer quickly became a chemistry lesson; an ideal chance to try some of Granny Baxter’s nerve tablets, perhaps one of the lower-strength tranquillisers,” said no drug-taking youngster ever.

Where Quigley comes into her own is in the showcasing of Derry itself, the people, the dialect, the unreal and yet frighteningly real landscape of the 1980s: “The bang on the door in the middle of the night. The fear. They used to say, years before, that a volunteer had six months on average before he was either inside or dead. How much shorter were the odds now?”

Relic: The creepiest horror movie of the year
Real news has value SUBSCRIBE