Great Finnish writers? Where do I start? 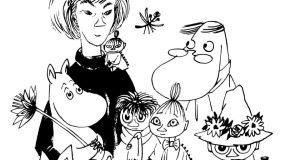 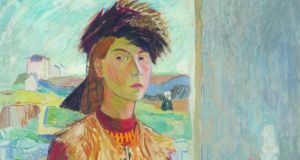 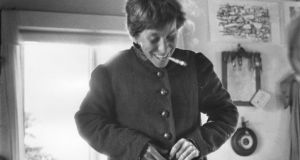 Celebrations are taking place today across Finland, the beautiful Nordic country of lakes and islands as the 97th anniversary of the day Finns declared independence from Russia is marked. It took a further month for the Russians to acknowledge this formally in January 1918, but for the Finns, with a long history of being part of either Sweden or Russia, enough was enough and December 6th, 1917, is the day Finland left the Russian Empire and became independent.

That independence of spirit is an essential element of the Finnish psyche. Think of Finland and think of the glories of the music of Jean Sibelius, an ardent nationalist whose most famous work, Finlandia, Op 26, his dramatic symphonic poem, written in 1899 and revised the following year, was partly an expression of protest against increasing Russian censorship.

It is a piece of music that forms a fitting soundtrack for the many heroic achievements of Finland’s majestic middle and long distance runners who continue to take their inspiration from the legendary Paavo Nurmi, one of track and field’s most enduring champions and winner of nine gold and three silver medals in an Olympic career spanning three Games: Antwerp in 1920, Paris in 1924 and Amsterdam in 1928. Think of Finland and think of the many great athletes, runners and javelin throwers, not forgetting rally drivers, who have emerged from a population of little over 5 million.

Finland is an enigma; an archipelago of water and trees. Santa Claus is believed to reside there. Bordered by Sweden to the west, Norway to the north, Russia to the east and Estonia to the south, it retains an individuality most brilliantly personified by an artist and writer of singular originality, Tove Jansson, who was born to Finnish sculptor Viktor Jansson and the illustrator Signe Hammarsten, in Helsinki 100 years ago this year.

Jansson is remembered as the creator of the Moomin stories which began in late 1945 with The Moomins and the Great Flood. In it Moominmamma and Moomintroll are searching for a safe place to build a house, in the hope that Moominpapa, who had already set off the same quest, will return. By the publication of the third story, she was famous. All in all there would be 10 books and an industry with various spin-offs – a kind of Nordic Disney.

But Jansson was not a commercially-driven artist; her vision was sustained by her curiosity and a natural restlessness; she was resourceful, a Finn who loved the outdoor life, particularly island living. Most of all she was alert to the allure of ice and snow. There is an uneasy undercurrent in the Moomin tales, especially the later ones. The final one, Moominvalley in November, which was written after the death of her beloved mother, Signe, is melancholic and is about returning to an empty house.

Her relationship with her mother is central; Tove, who also had two younger brothers, remained close to her mother throughout her life. Signe had originally come from Stockholm and Tove was a Swedish-speaking Finn. The first time Signe drew Tove, the future artist was only a few hours old. For Tove, growing up in a bohemian household must have been inspiring; it also assured her imagination freedom to develop. That imagination, which is at heart quite dark, was shaped by war. Her father fought for Finnish independence in the Finnish Civil War which lasted from late January to May 1918.

During his absence Tove and her mother lived with Signe’s parents. On his return the family regrouped, but her father was a volatile character, given to throwing parties and he was known for having a pet monkey. Early in life Tove acquired the habit of sitting and quietly drawing as her mother completed commissions. Fatalistic by nature, she wrote a play for children about the world ending.

In ways she did see the world end. She was 24 and already a working artist when the second World War began. It was to be the backdrop for her Moomin stories.

By 1968, a decade after the death of her father, she had completed Sculptor’s Daughter, an informal memoir. In it she recalls her childhood dream of sailing away on an iceberg. Throughout her life she spent her summers initially with her parents, later with her partner, fellow female artist Tuulikki Pietila, on a remote island in the Gulf of Finland.

For the opening chapters of her artistic life Tove was an artist who also sustained a Moomin comic strip that at one time was syndicated, appearing in 120 newspapers across the world. Yet when her mother died, aged 88, in 1970, grief caused Tove Jansson, then in her 50s, to turn to writing adult fiction. The finest of her six adult novels is The True Deceiver (1982) in which a young woman plots to impose herself upon an elderly female artist. It is an extraordinary exploration of truth and deception and possesses an unexpected menace.

As Tove Jansson aged she became aware of her vulnerability and could no longer travel by boat. Her great love, the sea, had begun to frighten her. She retreated to Helsinki and died there on June 27th, 2001, mere weeks shy of her 87th birthday on August 9th. But before that there were years of island life. One of the most famous photographs of her shows her in late middle age, swimming, a broad smile on her face, and a birthday garland upon her already grey hair. A selection of her stories, The Woman Who Borrowed Memories, published by New York Review Books, has that picture on the cover.

So think of Finland: think of forests, lakes, snow, pure air, Sibelius, Nurmi, Tove Jansson. And also, Kristina Carlson’s delightful evocation of village life, Mr Darwin’s Gardener (2009), which has been longlisted for the International Impac Dublin Literary Award in an English translation by mother and daughter, Emily and Fleur Jeremiah, published by Peirene Press. With echoes of Cranford and Under Milk Wood, it is a graceful, beguiling work with a devastated husband at its heart, struggling to make sense of the death of his wife as he tends his children.

Most timely for the day which is in it, is Oscar Parland’s The Year of the Bull (1962, revised 1988; English translation 1991) a novel set in 1918 in Finland during the Civil War. Parland was born in Kiev in 1912 of English-Russo-German-Swedish descent. His family moved to Finland when he was a child and having trained as a doctor he eventually became a psychiatrist and one of Finland’s finest writers. The Year of the Bull is told through the watchful eyes of a small boy who watches as the Civil War is fought out between Reds and Whites, many of them Russians, fleeing Russia.

Another, later, war fought in Finland is recalled in Norwegian writer Roy Jacobsen’s superb former Impac contender, The Burnt-Out Town of Miracles (2005, translated by Don Bartlett and Don Shaw in 2007). In it a simple woodsman, Timo, refuses to leave his Finnish village as the Russians prepare to invade for the Winter War in 1939. Again, although many villagers do heed the danger, Timo stands firm.